In, Two Ways of Seeing A River, the author, Mark Twain, described his idea of the Mississippi river from two angles or two perspectives and used comparison and contrast to illustrate his points. He first began by using a metaphor in his opening words. He compared to Mississippi river to a language which he had already mastered.

However, he said that upon his mastery of the river, he lost something which is his admiration for it when he saw it the last time.

Don’t waste time
Get a verified writer to help you with Discuss Twain’s use of comparison-contrast in “Two Ways of Seeing a River”
Hire verified writer
$35.80 for a 2-page paper

Twain described how majestic and how wonderful it was when he first saw the river on a steamboat. He vividly illustrated in the story tiny details like the color of the river during the sunset and the ripples in the water, among others. But when he returned a second time, everything marveled about the river was gone.

It can be then deduced that the author used a block pattern of comparison in his story because he first described his beautiful experiences upon seeing the river the first time before describing his less lively experience on the second time.

Moreover, Twain’s differing comments on the river basically says that things such as experiences become less exciting or even less fulfilling the second time around. In other words, a man who has already experienced something simply passes by it the next time. In the case of the author in the story, he simply read and observed the Mississippi river rather than marvel at it because he has already seen it before. 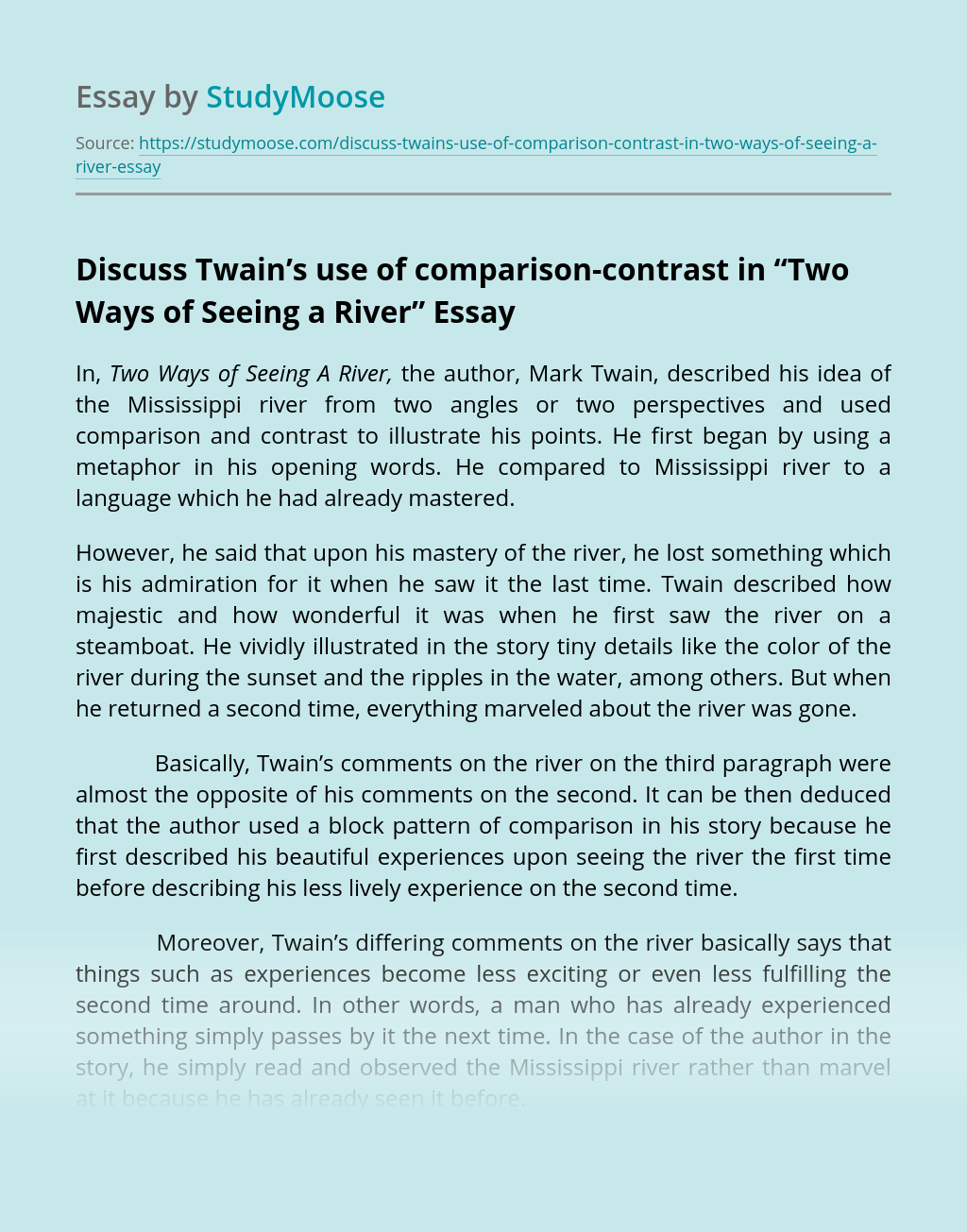 Don’t waste time
Get a verified writer to help you with Discuss Twain’s use of comparison-contrast in “Two Ways of Seeing a River”
Hire verified writer
$35.80 for a 2-page paper
Stay Safe, Stay Original