· The main disadvantage of Arranged marriages in Hinduism (especially in India) is the dowry system. It has been said that the dowry system has been completely eradicated from the social views around the country, but it doesn’t seem like it. The dowry system basically is a situation where the girls family pays enormous amounts on money or gives other expensive things such as gold, cars etc. to the groom’s family, just because they are on the superior side of the relationship.

Don't use plagiarized sources. Get your custom essay on
“ Disadvantages of arranged marriage ”
Get custom paper
NEW! smart matching with writer

· Arranged marriages may sometimes raise a hard situation of choosing the right partner. This occurs when there is a lot of pressure on the unwed individual from the family members. This sometimes leads the individual to rethink about arranged marriages. The couple might experience lack of privacy in their relationship due to the family closeness and interference by other relatives. It calls for an awkward situation if the couple is in an argument, and hence the entire family/ families might get involved even if they don’t tend to.

Once a couple chosen through arranged system of marriage get married, family future, financial planning and other relative tasks take the first priority. Hence the main feeling of love between the couple ends up being the “second thing” in the relationship. Even though we discussed in the advantages that the in-laws support the couples during their wedded life, sometimes feelings of ego and jealousy drive the other memebers of the family to sour up the relationship between the couple.

This take a huge toll on the couple as they get caught up in the family and in-law dispute. Therefore in some cases it ends up breaking the relationship between two individuals. (Lack of faith). Couples must remember that they have chosen their partners by their will and they don’t need to get carried away by the ill thoughts of the other family members as they have a future to look forward to. Another disadvantage is when the boy’s family turns down a girl just because she might be average in appearance, even though she is decent, respects her elders and knows how to stand along with her future partner in sorts of situations that he or his family might face. An arranged marriage might also result in family feuds if it was a forced one. Either one of the partners might have chosen someone else as their future partner. 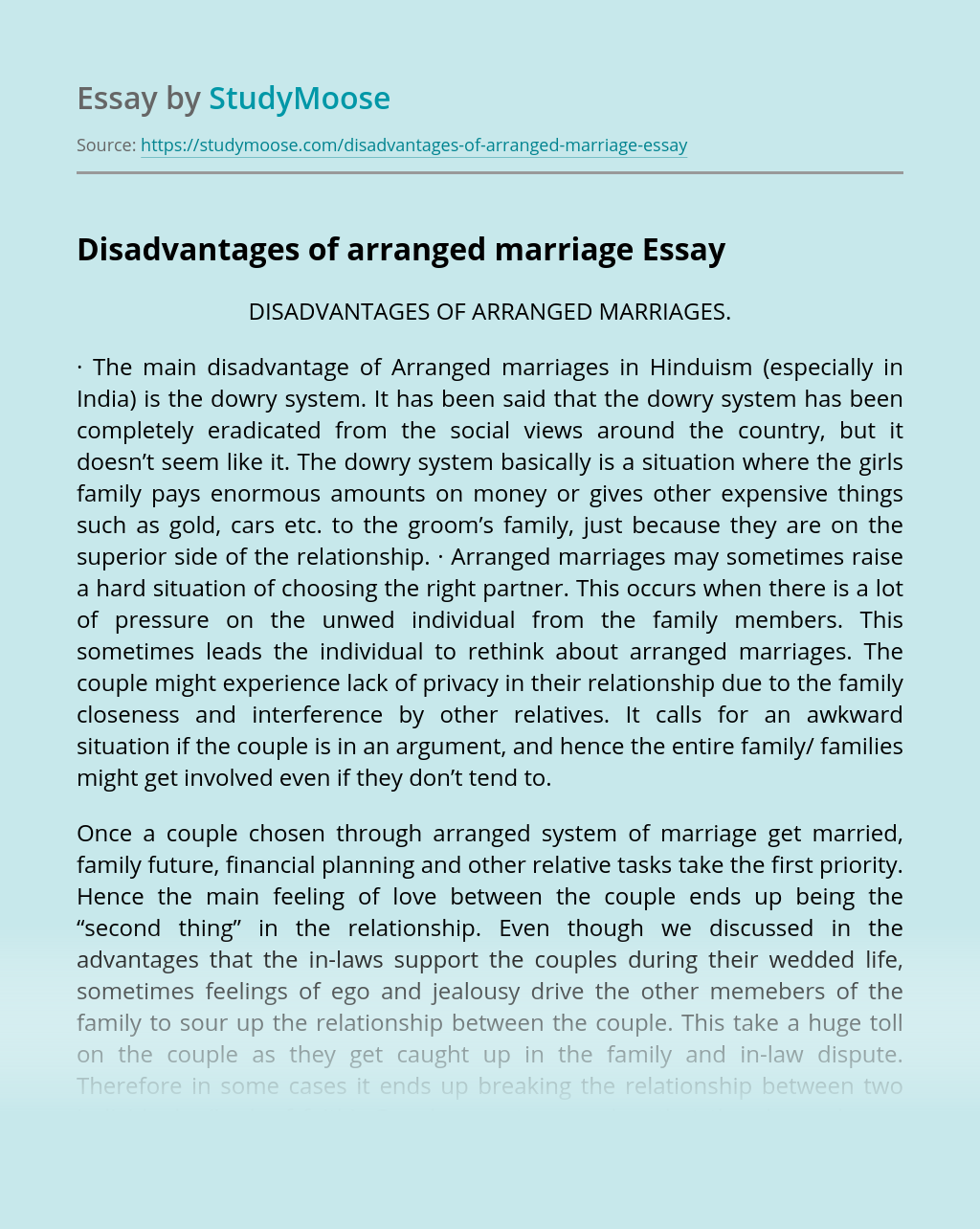