Digestion: Describe the digestion of a burger

A burger is broken down mechanically by biting into it. The food in the mouth sets off salivary glands that secrete salivary amylase, which breaks down amylase in the burger. When the food is broken down enough, the tongue shapes the food in a bolus, or a ball. The bolus is pushed back to the pharynx at the back of the throat. The food stimulates the opening of the flap so the good goes down the esophagus, rather than the windpipe.

Don't use plagiarized sources. Get your custom essay on
“ Digestion: Describe the digestion of a burger ”
Get custom paper
NEW! smart matching with writer

Because of peristalsis, rhythmic waves created by muscles in the throat, the food slides easily down the digestive tract. Salivary amylase continues to break down the starch all the way down the esophagus.

After this, the burger is churned in the stomach and becomes chyme, or vomit.

From the stomach, the burger goes through the pyloric sphincter and into the small intestine. In the first 25 cm of the small intestine, the food goes through the duodenum, a place where pancreatic enzymes and bile from the live are stored. Bile, along with the enzyme lipase, breaks down fat while the enzyme nuclease breaks down nucleic acids and various enzymes, such as trypsins and peptidases, break down the proteins.

The large intestine, or colon, has the job of retaining water. It reabsorbs water and nutrients that remain in the lumen. The undigested materials are then excreted in feces, and the digestion of the burger is completed.

Digestion: Describe the digestion of a burger. (2016, Jul 01). Retrieved from https://studymoose.com/digestion-describe-the-digestion-of-a-burger-essay 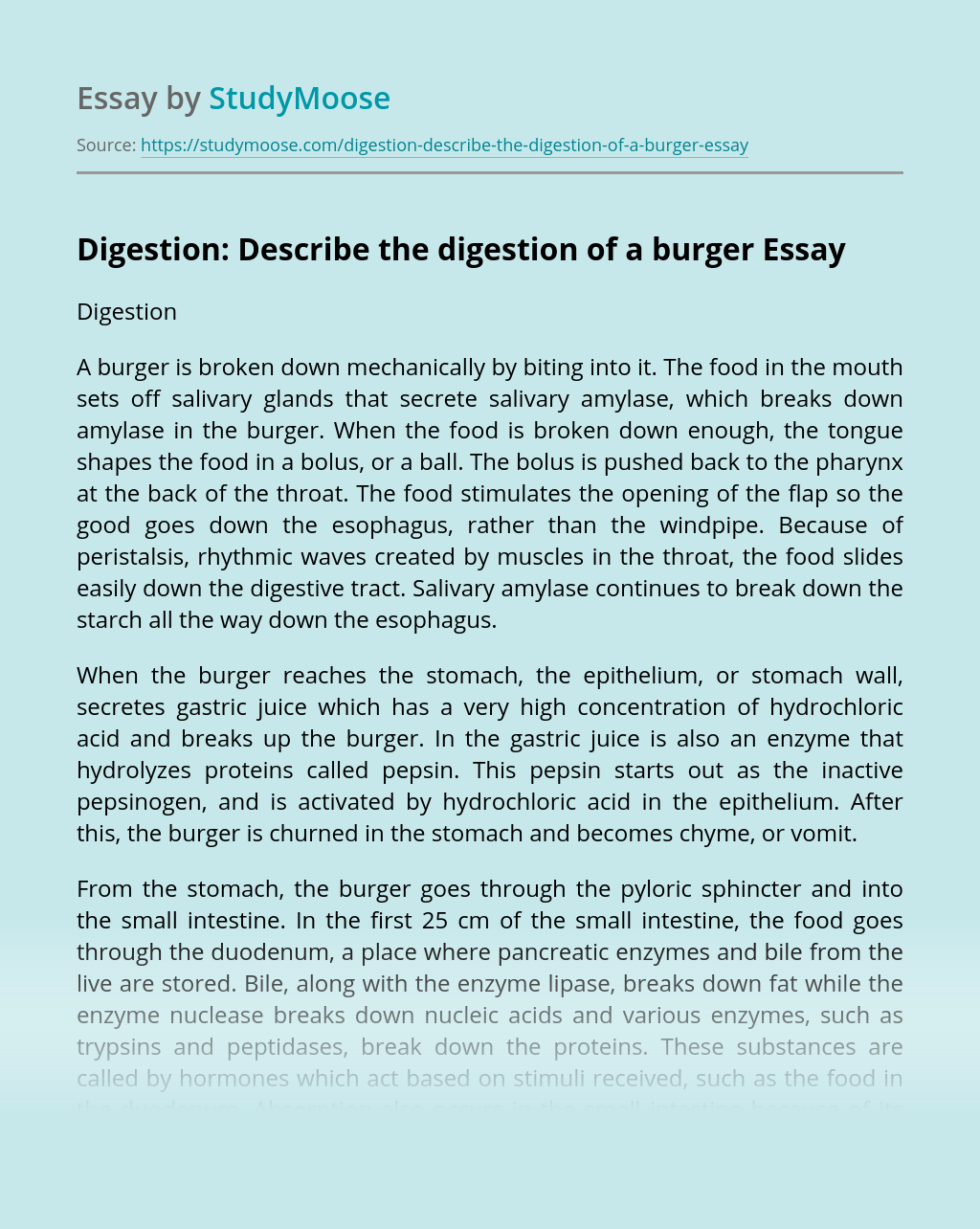