Don't use plagiarized sources. Get your custom essay on
“ Define the 4th 5th 6th and 14th Amendments ”
Get custom paper
NEW! smart matching with writer

It is illegal for the government to violate those rights. As of 2006, there are 27 amendments. Not all of them involve rights, but many do. The first ten amendments are special. They are called the Bill of Rights. An outline of the 4th, 5th, 6,th and 14th Amendments of the Constitution are as follows.The 4th Amendment, prohibits unreasonable searches and seizures and requires a warrant to be issued by a judge. The ultimate goal of this provision is to protect people’s right to privacy and freedom from arbitrary governmental intrusions.

The right of the people to be secure in their persons, houses, papers, and effects, against unreasonable searches and seizures, shall not be violated. But no Warrant, but upon probable cause. The 5th Amendment, protects you from being held for committing a crime unless you have been indicted correctly by the police. Also that the state have to respect your legal rights. Double Jeopardy is also described as you can not be tried for the same crime twice, unless it’s a mistrial or hung Jury.

If you do say anything, it can be used against you in a court of law. You have the right to have a lawyer present during any questioning. If you cannot afford a lawyer, one will be appointed for you if you so desire.

The 6th Amendment, of the Unites States Constitution of the Bill of Rights guarantees a citizen a speedy trial, a fair jury, an attorney if the accused
person wants one, and the chance to confront the witnesses who is accusing the defendant of a crime, meaning he or she can see who is making accusations. Also the accused has the right to force anyone to come to their trial that they believe can help their case. The 14th Amendment was one of America’s three Reconstruction Amendments. Adopted on July 9, 1868, the 14th Amendment was aimed at protecting the citizenship rights and equal protection of all Americans but primarily former slaves. All persons born or naturalized in the United States, and subject to the jurisdiction thereof, are citizens of the United States and of the State wherein they reside. No State shall make or enforce any law which shall abridge the privileges or immunities of citizens of the United States; nor shall any State deprive any person of life, liberty, or property, without due process of law; nor deny to any person within its jurisdiction the equal protection of the laws. 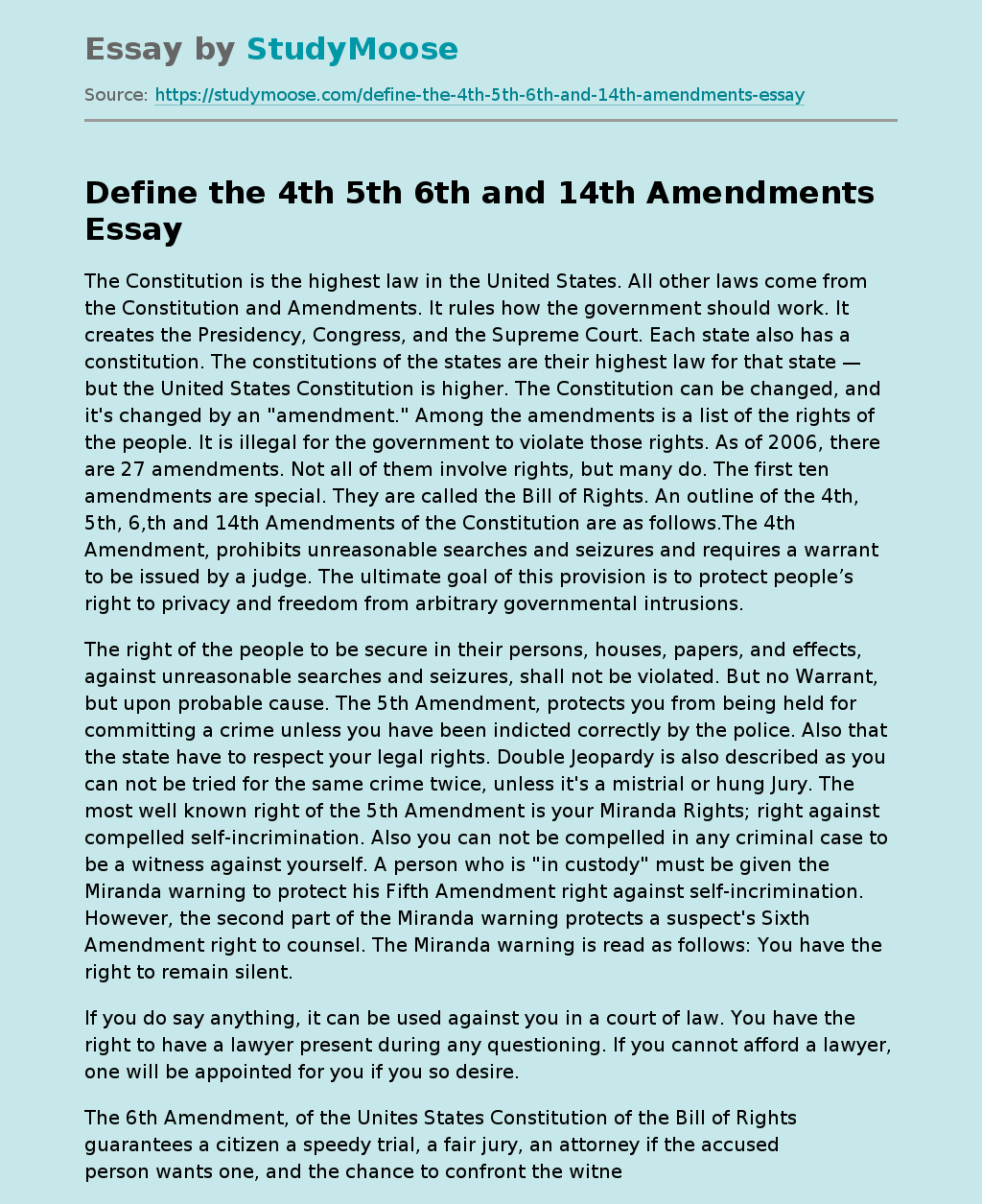