It is indisputable that as the world gets globalized, virtually all companies are compelled to expand their market to the international or foreign nations. Expansion into the foreign countries is perceived to be associated with many positive impacts. However, it has been shown that some entry modes are detrimental to the performance of the company or the firm. This implies that before any firm decides to expand, it has to weigh different international entry modes and determine the best mode to use.

The article entitled “Cross-Border Strategic Alliances and Foreign Market Entry” by Larry Qiu analyzes how firms are motivated to form cross-border strategic alliances when entering into new markets. The goal of the article trying to answer the question as to why most firms are forming cross-border strategic alliances and also identifying the economic factors that facilitate the formation of such alliances.

Utilizing a two-country, multi-firm and three-stage economic model, the author reveals astonishing findings on the manner in which companies enter into international market (Qiu, 2006). The article reveals that the company can enter into an international market in different ways. Some of the ways include export and foreign direct investments.

Cross-border mergers and acquisition, according to the article is the modern way in which a country can penetrate other countries. There are other traditional forms such as export and green-field foreign direct investment (FDI).

The factors that are considered to influence the choice of the entry mode include such aspects as variable costs such as trade and transport costs and fixed costs. The author argues that a company may set up just one plant in its own country and uses it to serve both the domestic and foreign markets. According to the article, search firm will be entering into foreign and international countries through export. Alternatively the same firm may opt to set up two plants, one plant in the domestic country and the other in the foreign country. In such a case, the firm will be entering into foreign country through foreign direct investment.

The foregoing analysis has shown why cross-border strategic alliance is becoming the most preferred mode of entry as far as international trade is concerned. Compared to other entry mode methods, cross-border strategic alliances create different synergies in the domestic and foreign markets (Qiu, 2006). Some of the synergies include production cost synergies and distribution costs synergies. These synergies helps the company reduce the production and distribution costs and hence get profits. 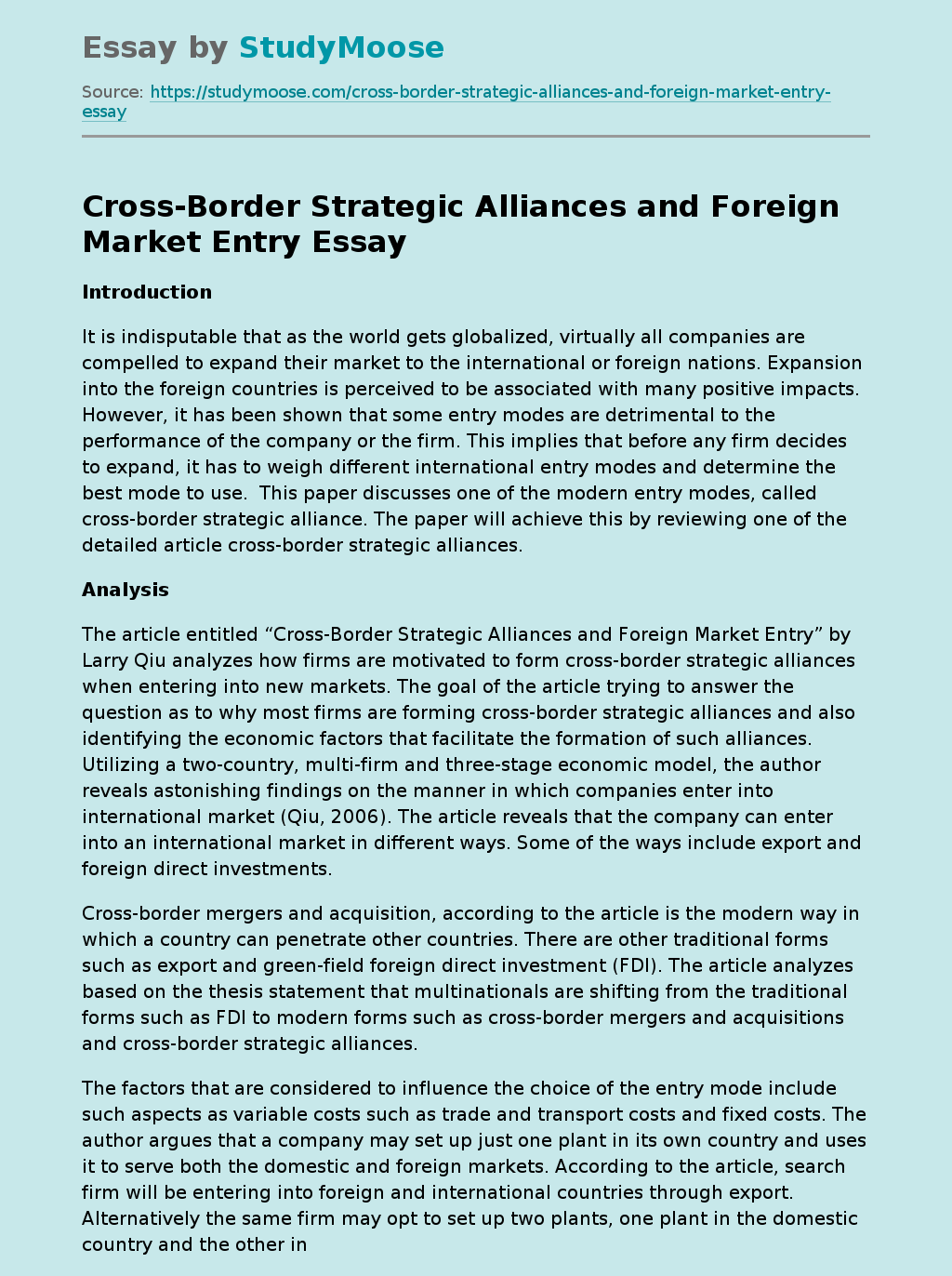