An operating System (OS) is an intermediary between users and computer hardware. It provides users an environment in which a user can execute programs conveniently and efficiently. In technical terms, it is software which manages hardware. An operating System controls the allocation of resources and services such as memory, processors, devices and information .

An operating system is a program that acts as an interface between the user and the computer hardware and controls the execution of all kinds of programs.

Don't use plagiarized sources. Get your custom essay on
“ Computers in entertainment industry ”
Get custom paper
NEW! smart matching with writer

History-
Early computers were built to perform a series of single tasks, like a calculator. Basic operating system features were developed in the 1950s, such as resident monitor functions that could automatically run different programs in succession to speed up processing. Operating systems did not exist in their modern and more complex forms until the early 1960s.[5] Hardware features were added, that enabled use of runtime libraries, interrupts, and parallel processing. When personal computers became popular in the 1980s, operating systems were made for them similar in concept to those used on larger computers.

Memory Management— The activities of memory management handled by OS are—(1) allocate memory, (2) free memory, (3) re-allocate memory to a program when a used block is freed, and (4) keep track of memory usage. File Management— The file management tasks include—(1) create and delete both files and directories, (2) provide access to files, (3) allocate space for files, (4) keep back-up of files, and (5) secure files. Device Management— The device management tasks handled by OS are—(1) open, close and write device drivers, and (2) communicate, control and monitor the device driver. Protection and Security— OS protects the resources of system. User authentication, file attributes like read, write, encryption, and back-up of data are used by OS to provide basic protection. User Interface or Command Interpreter— Operating system provides an interface between the computer user and the computer hardware. The user interface is a set of commands or a graphical user interface via which the user interacts with the applications and the hardware. Objective of O.s-

Operating system is system software that controls and coordinates the use of hardware among the different application software and users. OS intermediates between the user of computer and the computer hardware. The user gives a command and the OS translates the command into a form that the machine can understand and execute. OS has two main objectives— (1) to make the computer system convenient and easy to use, for the user. (2) to use the computer hardware in an efficient way, by handling the details of the operations of the hardware. Types of O.S –

OS are classified into different types depending on their capability of processing—(1) Single user, (2) Multiuser, (3) Multitasking, (4) Multiprocessing, (5) Real time, and (6) Embedded. Single User and Single Task OS is for use by a single user for a standalone single computer for performing a single task . Operating system for Personal Computers (PC) are single-user OS. For example, if the user is editing a document, then a document cannot be printed on the printer simultaneously. Single user OS are simple operating system designed to manage one task at a time. MS-DOS is an example of single user OS. Figure :A single user performing a single task

Single User and Multitasking OS allows execution of more than one task or process concurrently. For this, the processor time is divided amongst different tasks. This division of time is also called time sharing. The processor switches rapidly between processes. For example, the user can listen to music on the computer while writing an article using a word processor software. The user can switch between the applications and also transfer data between them . Windows 95 and all later versions of Windows are examples of multitasking OS. Figure :A single user performing multitasking (issuing print command and making drawings)

Multiuser OS is used in computer networks that allow same data and applications to be accessed by multiple users at the same time . The users can also communicate with each other. Linux, UNIX, and Windows 7 are examples of multiuser OS. Figure : Multiple users working on connected computers

Multiprocessing OS have two or more processors for a single running process. Processing takes place in parallel and is also called parallel processing. Each processor works on different parts of the same task, or, on two or more different tasks. Since execution takes place in parallel, they are used for high speed execution, and to increase the power of computer. Linux, UNIX and Windows 7 are examples of multiprocessing OS. Real Time OS are designed to respond to an event within a predetermined time. These operating systems are used to control processes. Processing is done within a time constraint. OS monitors the events that affect the execution of process and respond accordingly. They are used to respond to queries in areas like medical imaging system, industrial control systems etc. LynxOS is an example of real time OS. Embedded OS is embedded in a device in the ROM. They are specific to a device and are less resource intensive. They are used in appliances like microwaves, washing machines, traffic control systems etc. Examples of O.S –

UNIX and UNIX-like operating systems
Unix was originally written in assembly language.[6] Ken Thompson wrote B, mainly based on BCPL, based on his experience in the MULTICS project. B was replaced by C, and Unix, rewritten in C, developed into a large, complex family of inter-related operating systems which have been influential in every modern operating system (see History). The UNIX-like family is a diverse group of operating systems, with several major sub-categories including System V, BSD, and Linux. The name “UNIX” is a trademark of The Open Group which licenses it for use with any operating system that has been shown to conform to their definitions. “UNIX-like” is commonly used to refer to the large set of operating systems which resemble the original UNIX. Four operating systems are certified by The Open Group (holder of the Unix trademark) as Unix. HP’s HP-UX and IBM’s AIX are both descendants of the original System V Unix and are designed to run only on their respective vendor’s hardware. In contrast, Sun Microsystems’s Solaris Operating System can run on multiple types of hardware, including x86 and Sparc servers, and PCs. Apple’s OS X, a replacement for Apple’s earlier (non-Unix) Mac OS, is a hybrid kernel-based BSD variant derived from NeXTSTEP, Mach, and FreeBSD. 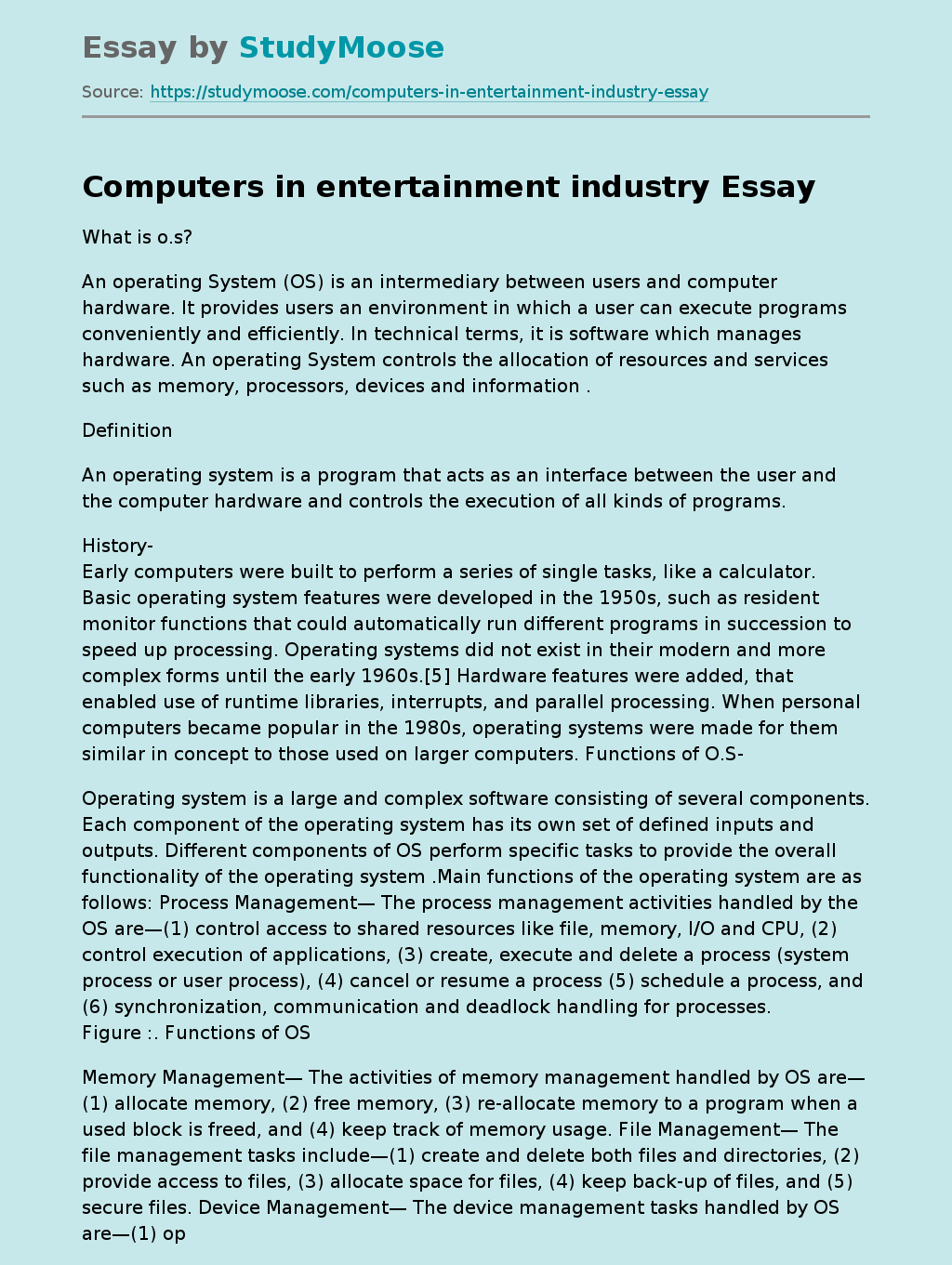