Roman Empire and Han Dynasty had many things in common and uncommon.During their falling era they were experiencing facts which were really similar to each other therefore emphasizing on them will make the topic.And also their characterstics were similar in their way of ruling and living so also they will be included.

Don't use plagiarized sources. Get your custom essay on
“ Comparing Civilizations of Roman Empire and Han Dynasty ”
Get custom paper
NEW! smart matching with writer

Another common characteristic about them was their emphasis on family.Han Dynasty’s were patriarchial and Romans’ were pater families.They both attached importance on engineering and made great accomplishments such as, roads,cannals,the great wall by Han Dynasty and aqueducts,domes,sewage systems,central heating by the Romans.

To talk about their similarities during their fall we can say that they were affected deeply by the Germanic Invasions factor which caused both of them to loose power.

They were both abrogated by the same conflicts since Germans had a great military power to constantly oppose to them.They had the same problem that caused them not to be able to protect themselves.It was their monetary problem that made them defenseless to Germans.

Another problem they were both facing was they problem of not electing a new ruler that will reconstruct them and unify them. They were in total decline in morals and values.Their public health was jeopardized so they needed to find a way out to the political corruption however seeing that these empires fell it means that these needs were not provided and they could not be unified which was their common problem.

To conclude , we discussed their common qualities and problems from their characteristics to their fall.It was obvious that they had many things common so this was the reason why they both fell.If they had been able to find a way out to their common problem they would have remained.

Comparing Civilizations of Roman Empire and Han Dynasty. (2016, May 15). Retrieved from https://studymoose.com/comparing-civilizations-of-roman-empire-and-han-dynasty-essay 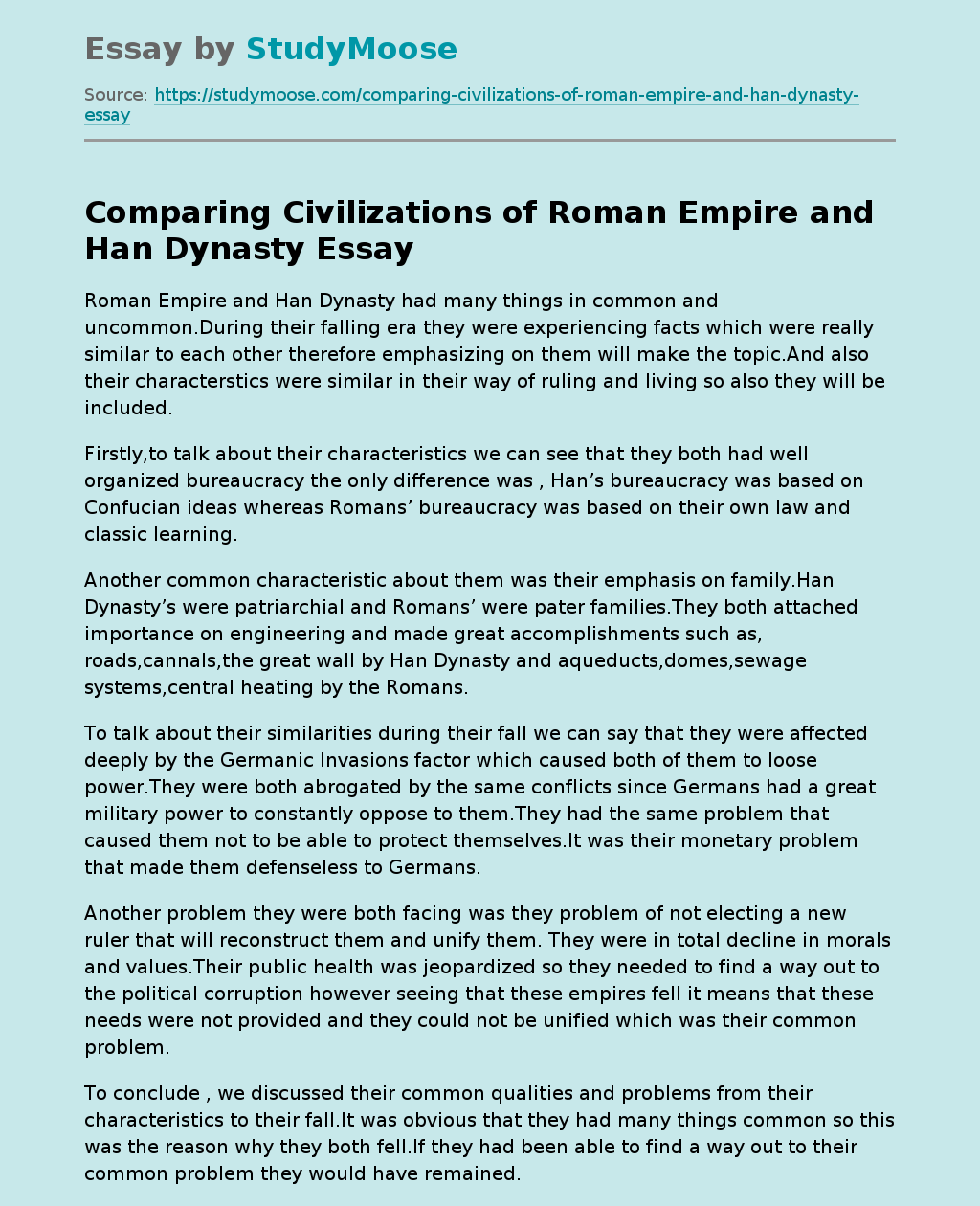