The veil is symbolic of ignorance. John was oppressed but didn’t know it. After returning home from the north he sees his world like he never saw it before, and his old world sees how much he’s changed. This is evident with this narration “He grew slowly to feel almost for the first time the Veil that lay between him and the white world; he first noticed now the oppression that had not seemed oppression before, differences that erstwhile seemed natural, restraints and slights that in his boyhood days had gone unnoticed or been greeted with a laugh.

Don't use plagiarized sources. Get your custom essay on
“ Coming of John WEB Dubois Analysis ”
Get custom paper
NEW! smart matching with writer

He felt angry now when men did not call him “Mister,” he clenched his hands at the “Jim Crow” cars, and chafed at the color-line that hemmed in him and his. ” His new consciousness and level of knowledge allows him a certain regard of freedom from the rest of his race. This knowledge is indicative that he no longer identifies with his old traditions.

This is evident when after returning home he gives a speech at the church in which he talks of the importance of education and learning, this idea is foreign to the people he is preaching to, however he did strike a critical nerve with the people after denouncing the need for baptism and religion. However some of the people see this and want to be educated, but are not in an environment and not cultured to do so. This is evident when her sister came to him after he was finished speaking at the church.

“Long they stood together, peering over the gray unresting water. John,” she said, “does it make everyone—unhappy when they study and learn lots of things? ” He paused and smiled. “I am afraid it does,” he said. “And, John, are you glad you studied? ” “Yes,” came the answer, slowly but positively. She watched the flickering lights upon the sea, and said thoughtfully, “I wish I was unhappy, —and—and,” putting both arms about his neck, “I think I am, a little, John. ” Being unhappy in this context means being wise, she recognizes that her brother has become educated and wise to the oppression of her race.

All of this comes to a head in his conflict with the judge after informing him of his purpose and his place. After this meeting the term veil is used in a different context, this time to mean as a shield, he is hiding his contempt and true feelings for the town that he no longer feels connected and identified with, and also tyranny the judge advances after first informing him of his “place” and the “place” of his people, and how he would be allowed to start his school, but no real education or equality could be taught. John’s school is his symbolic “passing the rubicon”.

Which leads ultimately leads to his final frustration of his school being shut down after the Judge hears of him deliberately disobeying his orders not to give a real education there. This story is a perfect case for why education is ultimately the most important factor in achieving ultimate equality and freedom. Without education, there is no advancement and no need for critical thought, without critical thought than there would be no reason for you to ever question your oppressed position, because you would not know you are being oppressed.

I believe Thomas Jefferson sums up this sentiment perfectly, when he said, “Educate and inform the whole mass of the people… They are the only sure reliance for the preservation of our liberty. ” Without people knowing that there is alternatives to their current state of existence, there will be those who will fool them and rule over them, often under the guises of offering safety of security, or in the case of the judge, “reasonable aspirations”. 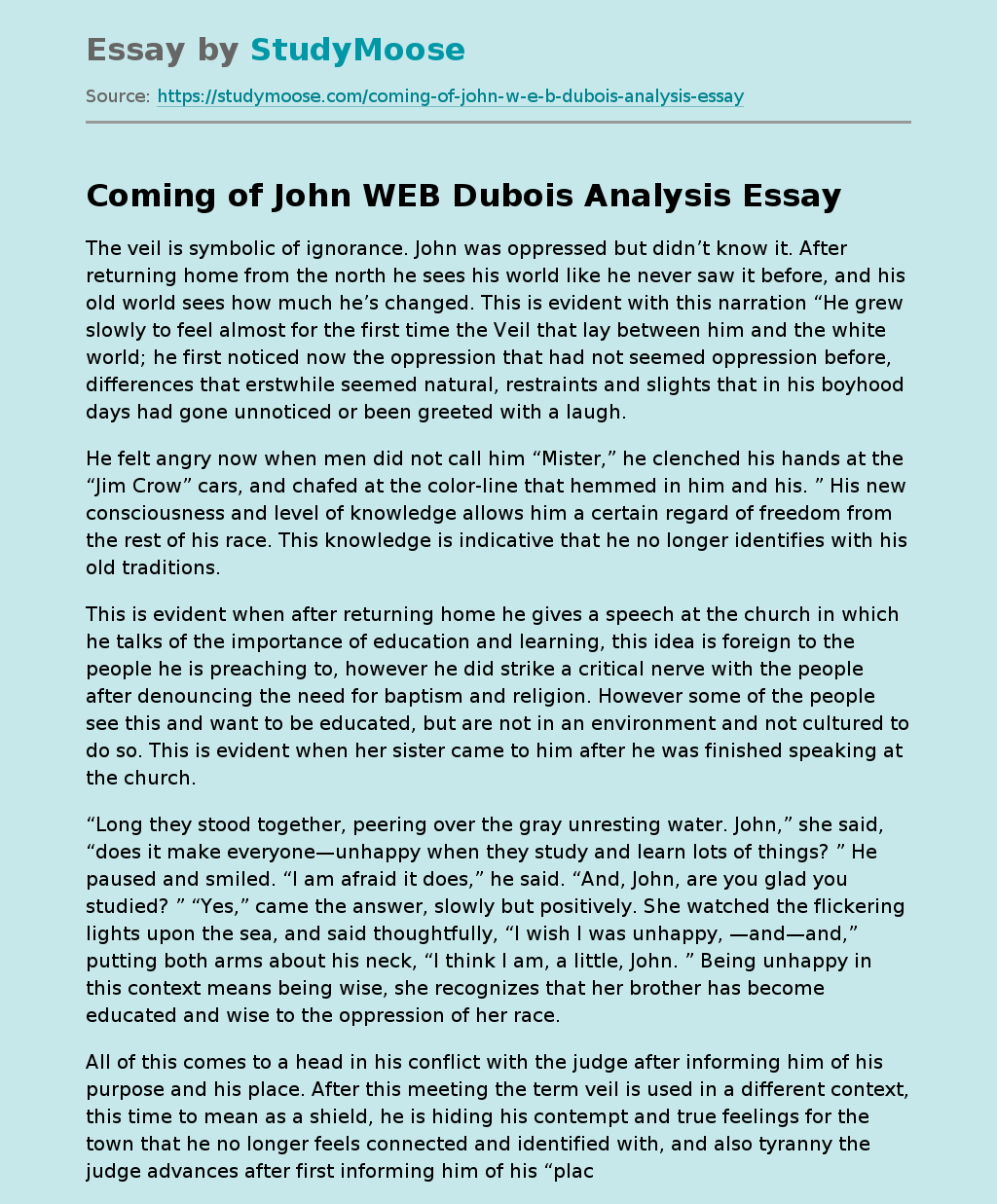