On July 20, 1969, Apollo 11 took off. On that very same day, both Neil Armstrong and Buzz Aldrin landed on the moon, Neil Armstrong being the first one to set foot on the satellite. Since this event occurred, many governments and companies have made progress in their space technologies, hoping to do the same or more than the Americans did back in 1969. If we think about colonizing the moon, it might sound easy at first, but it is not as easy as it sounds.

Don't use plagiarized sources. Get your custom essay on
“ Colonizing The Moon: Neil Armstrong and Buzz Aldrin ”
Get custom paper
NEW! smart matching with writer

We will need to go through three main phases of colonization, which will not be necessarily completed in our lifetime.

Phase One and Two

In the past, these three phases were put into work plenty of times, a famous example being the Spanish arriving in America. First, colonies would send exploration teams on a journey, and if they found land, they would set up their flag and make camp. During the second phase, small settlements were built, and population slightly increased, but the base itself was still very dependant on their home countries for resources.

Proficient in: A Trip To Moon

Finally, the third phase is where the actual colonization happened. Now, tradesmen and laborers arrived to the colony, looking to get rich from the opportunities the place has to offer. If the colony was successful, these tradesmen would emigrate to the colony, creating new opportunities and wealth that hugely benefited their countries of origin. According to experts, they have reason to believe that this moon base will cost approximately $10-20 billion dollars spread well over a decade, which is not that big of an investment if you think of the benefits it can bring, such as mining and exploiting lunar minerals, for example gold and titanium.

On the other hand, the Moon is different than all the colonization processes done in the past. Firstly, the Moon is totally uninhabitable, with varying temperatures that range from 127°C to -173°C. On top, the Moon has no shielding from cosmic radiation, meteorites, and its entire surface is covered in thick, nasty lunar dust.

Despite the Moon´s hostility, the first phase of colonization of the Moon has already begun. Since the 1960s, when the apollo missions reached the Moon, other missions to reach the moon have taken place. For example, satellites such as the American Reconnaissance Lunar Orbiter have mapped the Moon, while Chinese satellites studied the Lunar surface ( water, ice minerals, etc).

Since the first phase is almost finished, we can go on to the second one. The first Moon base will likely be very small, with crews of no more than twelve at a time. The base will be designed in a practical way; using inflatable and light habitats for the astronauts to live in. The base will be built somewhere around a natural shelter, such as craters near the poles, where the days are six months long. Because the solar panels cannot generate energy during the lunar night, the habitat will likely be abandoned during missions.

The first crew of Astronauts will be scientists and engineers, who will study the lunar surface to see how can it be put into human use. Some theories suggest melting lunar ice to produce water, which has many uses apart from drinking. We can use water to grow food, experimenting with growing plants. Hydrogen fuel cells could be stored during the lunar night, which extends astronauts days. More importantly, it could be split into hydrogen and oxygen, which is rocket fuel.

By harvesting water and putting it into orbit, the Moon base will serve as an orbital depot, were scientific missions to Mars and the outer Solar System could refuel. Compared to Earth, it’s much easier to send rockets of the Moon. Basically, the Moon could be a giant gas station, were spacecraft missions into outer space can refuel.

Although the Moon base is making scientific advances, the base will be completely abandoned if funding stops. We have not entered phase three,were the base becomes self sustaining and economically productive. After the second phase is done, private contractors arrive to the Moon, looking to get rich of the opportunities the Moon has to offer. For example, Lunar mining could be implanted, since gold and titanium are abundant in impact craters. The mining of Helium-3 is also promising, which is an Isotope that could be used in nuclear fusion reactors, providing us with a lot of cheap, and clean fusion energy. Finally, Lunar soil has all the necessary ingredients to make concrete. We could build roads, buildings, bridges, and many structures without mining off the Earth, whilst providing us with a large amount of material. Now, we could say that the base is fully at its third phase, where it is fully sustainable and economically productive.

How Can It Benefit Us?

At first, it seems like a Moon base would be a fun, and relatively easy project that would bring us tons of opportunities and wealth. Despite, lots of problems can come when building this Moon base, starting with the definition of the word “us”. Who is us? The politicians? The president? or an average person? Who is this Moon base benefiting, and what benefits does it bring?

The most benefited from the Moon base will be the private companies and governments who participate building the Moon base, since all of the mined materials are going to be used by them. What about the rest of the world? Are they going to benefit, or are the profits only for a specific, private group?

Right now, one could argue that a Moon base is not worth enough to be built, and would be a complete waste of money. Yes, the Moon has a lot of raw material that can be used in construction, but what about transportation? How much would it cost to transport lunar concrete to earth? And how much can it transport?

If you put it like this, the idea of a Moon base stops sounding so easy and profitable. The cost of transporting things into space is really expensive, and even if we had reusable rockets, the cost of transporting things from the Moon to Earth is just to great. For example, SpaceX is working on a rocket able to carry 117,000 pounds, which is twice as much as weight as the Delta 4 Heavy, the most powerful rocket that is in operation right now. Today the cost of putting a pound of payload on Space is $10,000 dollars , which by multiplying, gives us the total of 1.17 Billion US dollars for a single ride from the Moon to Earth. This is excluding fuel costs, and all the necessities of the astronauts piloting the rocket (food, water, waste etc).

To conclude, a Moon base can be really beneficial, but only if done right. Not all people would benefit, and the costs of the actual base could go way over budget, if not handled properly. Maybe in the future, when fuel costs are cheaper, and rockets are bigger and capable of transporting enormous amounts of material, an idea such as a Moon base would be much closer to reality as it is now. Today, the ones most benefited from the operation would be giant corporations, such as NASA, or even private companies, like SpaceX or Virgin Galactic. These types of space companies could possibly get rich off the Moon’s opportunities, but the average people, not so much. It seems like an ambitious project such as a Moon base, could only work as a tool to benefit giant corporations and billionaires, whilst holding no real benefits to everyday average people.

On the other hand, if the idea of a Moon base sounds much more complicated now, it is surely the best place to build a space base on, rather than Mars or any other planet. First of all, a trip to the Moon takes roughly three days, while a trip to Mars takes 150-300 days. A base on the moon allows real time communication and control of machines, since light takes a little more than a second to reach the moon. On the other hand, Mars can have delays of forty minutes, does not allow remote control of machines, and the trip takes about nine months.

Finally, the short travel time to the Moon would allow a quick emergency supply of materials, or an urgent crew evacuation situation. Should an emergency happen on the moon, such as severe damages from temperature, the Moon base could be evacuated relatively quickly, whilst on Mars such a thing would be impossible.

What If Nasa had the US military Budget?

By comparison, NASA gets $22billion this year, which might sound like a lot at first, but it represents a mere 0.48% of the US government spendings. In 2013, NASA’s budget was cut down by 20 percent, as part of a restructuring plan. In fact, NASA’s William.H Gerstenmaier said they don’t have the surface systems available to go on mars, the descent and landing being the main issues for the association.

Right now, it can be argued that it’s rather a lack of funding and investment than a lack of understandment in astrophysics. What if, by pure casualty, the US decided to invert these costs, and NASA had the US military budget?

To put things into perspective, NASA is planning to set foot on Mars by 2030s, maybe even the early 2040s.If NASA had the US military budget, they could send a crewed mission right now to the red planet, with tens of billions to spare. If the organization was really given the US military budget, they would be able to begin several projects today, which were unaffordable before. Some of these include:

Similar to the space launch system, the construction of the James Webb Space Telescope, the most powerful telescope proposed to this date. According to NASA, it is capable of studying various phases of our universe, from the moment after the bing bang to the formation of solar systems like ours. 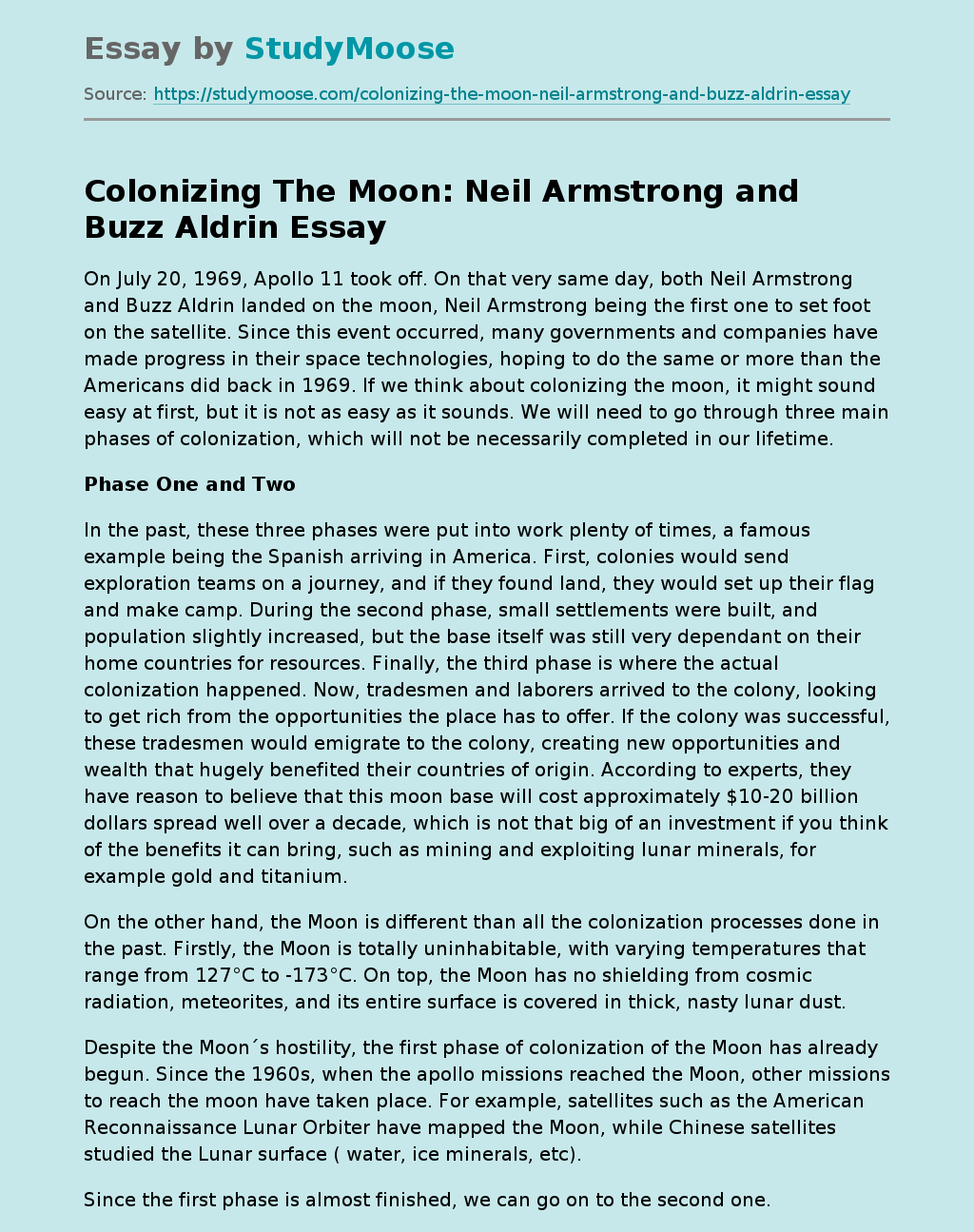