There are several different regions of colonial America that include the northern, middle, southern, and backcountry. They had many differences as well as some similarities ranging from different religions, lifestyles, and what made up different economies. There was also a political issue through taxation without representation which caused the east vs. west conflict.

Don't use plagiarized sources. Get your custom essay on
“ Colonial America ”
Get custom paper
NEW! smart matching with writer

Citizens were taxed to support the church even if they had nothing to do with the church. Ministers also had to be licensed before they were allowed to preach. The middle colonies had no established religion and therefore had a lot of religious tolerance in which they did not require preachers to be licensed or force taxes to support the church. Southern colonies and the backcountry had an established church known as the Anglican church or Church of England.

New England had small family-based farms that made up a small part of their economy. They were not able to have big plantations like the south due to the climate being much more temperate. The seaport made up the largest part of the economy due to the abundance of fish such as cod. The middle colonies had a milder climate than the north. They were able to have bigger farms due to the climate not being as cold and harsh. They produced crops not only for local consumption but also for export.

They also had trades such as weaving and flour milling. The southern colonies and also extending into the backcountry were primarily large plantation farmers and produced massive amounts of crops for export.

East vs. West conflict which took place primarily in the backcountry and was due to taxation without representation. An example is Bacon’s Rebellion which started when Berkeley who was their Governor had rejected their request to attack the Indians who had been attacking their plantations. The farmers then decided to take things into their own hands and was led by a man named Nathaniel Bacon who raised an army of 500 men which was also known as the Berkeley faction. Several months followed what became known as Bacon’s Rebellion in which some peaceful Indians were killed, and he marched on Jamestown to make Berkeley legitimize his command and then left to kill more Indians. Sometime after these events, Bacon came back and burned Jamestown to the ground. 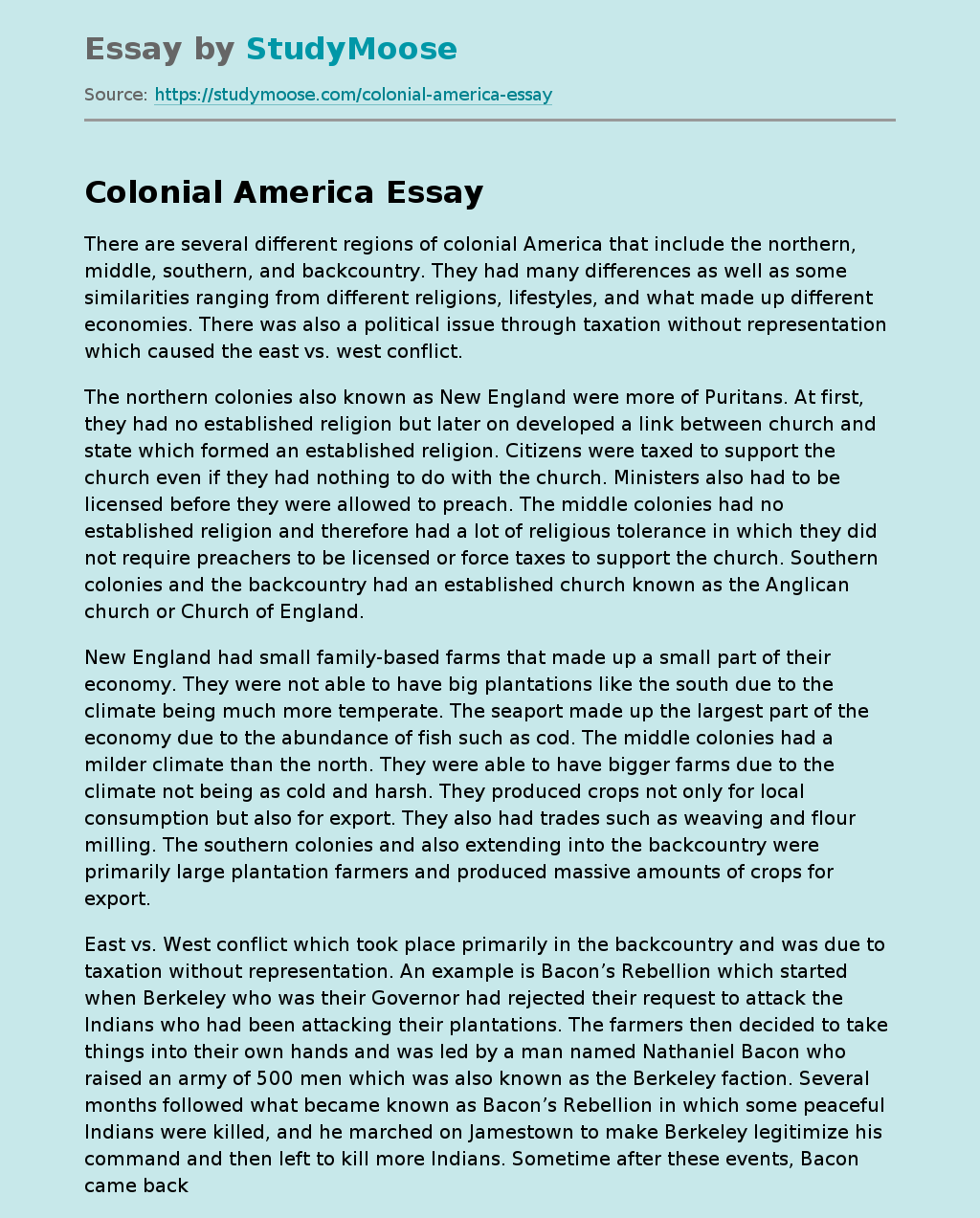