The New England and Chesapeake Bay Colonies prioritize religion distinctively. In the New England colonies, religion was their first priority. In document 1, John Winthrop talks about unity through the spirit of God, which shows the importance of religion in the New England Colonies.

Don't use plagiarized sources. Get your custom essay on
“ Chesapeake and Southern Colonies ”
Get custom paper
NEW! smart matching with writer

In the Chesapeake Bay colonies, membership of the Church did not entirely matter, however, there were often disputes between the Catholics and Protestants.

The Chesapeake Bay colonies were based on cash crops like tobacco rather than religion. This contributed immensely to the high demands for slaves and indentured servants in the south. Since the demands for labor were so high, very few women settled in the Chesapeake Bay colonies, which can be supported by document 3 since the list of emigrants have very few women on it.

Due to the number of large plantations in the Chesapeake Bay colonies, there was little to no urban development. The amount of disease had a major effect on population growth.

This was also the time of starvation as Captain John Smith describes in document 5. The New England Colonies based their society on towns and small villages based on religion. The colonies also consisted of close-knit families. In document 2, the list of emigrants bound for New England shows the families along with kinswomen, ministers, and servants. 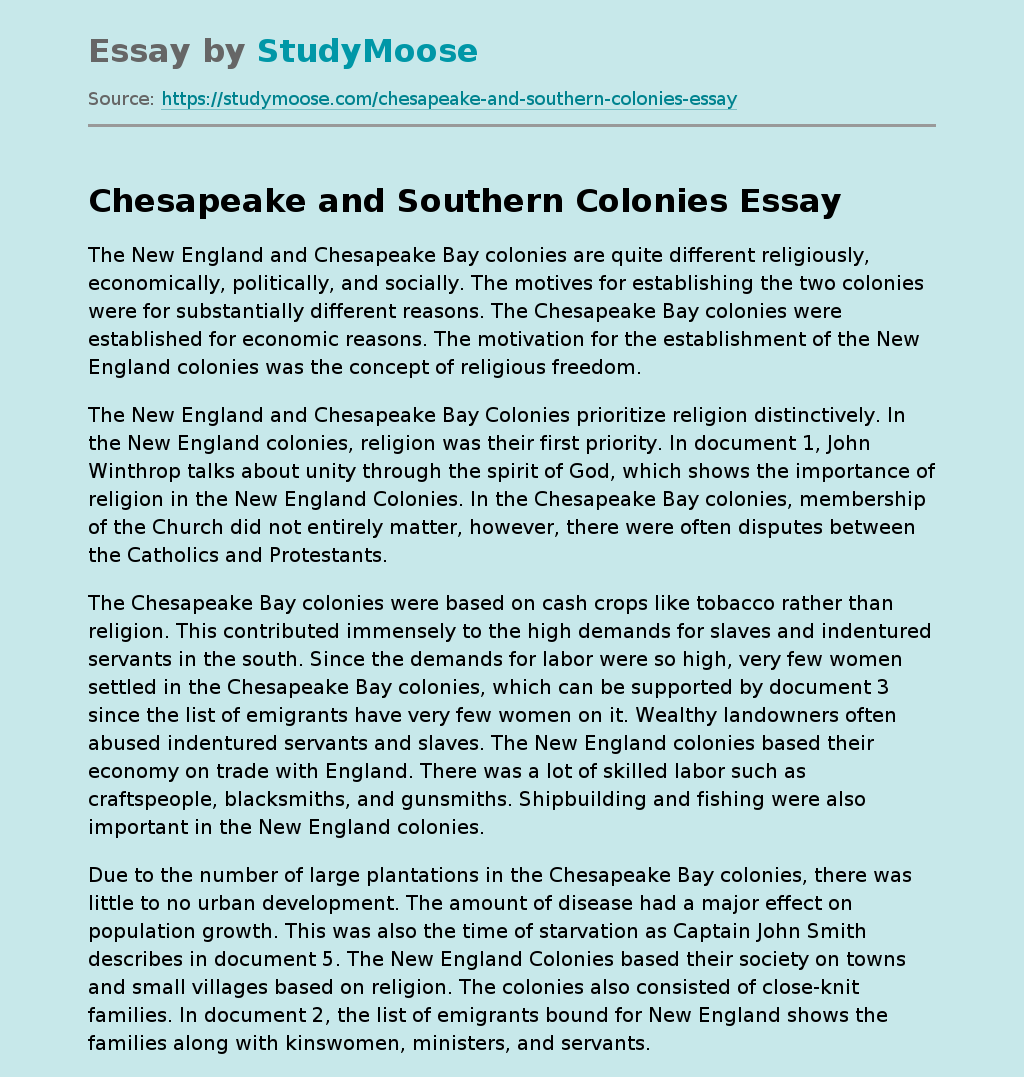