Categories: AtomAtomic TheoryChemistryLight
Download
Essay, Pages 7 (1544 words)
Views
154
The wavelength of some green light is 530.0 nm. What is the frequency of this green light?
5.66 x 10^14 hz
Microwave radiation vs. UV radiation

Which has longer wavelength?
Which has a greater frequency?
Which has the greater energy?

Arrange from longest to shortest wavelength.

Arrange the following from lowest to highest frequency.

infrared radiation
blue light
long wavelength X rays
short wavelength X rays
gamma ray radiation
The existence of quantized energy levels in an atom can be inferred from…
atomic spectral lines
Will a jump from n=1 to n=3 be absorption or emission?
absorption
Would a jump from n=2 to n=1 be emission or absorption?
emission
Calculate the energy of a photon emitted when an electron in a hydrogen atom undergoes a transition from n=3 to n=1.
Top Experts

Which sub shell is designated by each set of quantum numbers?

How many electrons in an atom could have these sets of quantum numbers?

What are the possible magnetic quantum numbers (m?) associated with each indicated value of ??

What are the chemical symbols for the following electron configurations?

1. N
2. Kr
3. Ar
4. P
Determine the element of lowest atomic number that contains a complete d subshell in the ground state.
Cu
Which of the following experiments provided evidence that the electrons in atoms are arranged in distinct energy levels?
the observation of line spectra from gas discharge tubes
Assume n1 and n2 are two adjacent energy levels of an atom. The emission of radiation with the longest wavelength would occur for which two values of n1 and n2?
8,7

Use the Rydberg formula for atomic hydrogen to calculate the wavelength of the photon emitted in the transition of an electron from n=4 to n=2.

What is the name given to the spectroscope series to which the transition described in question 3 belongs?

In what region of light will the photons emitted in question 3 lie? 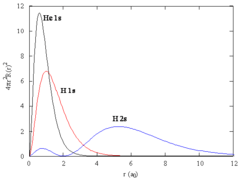 Which element is predicted to have the ground-state electron configuration shown below?

What is the correct order of increasing frequency?

n – distance from the nucleus/energy level 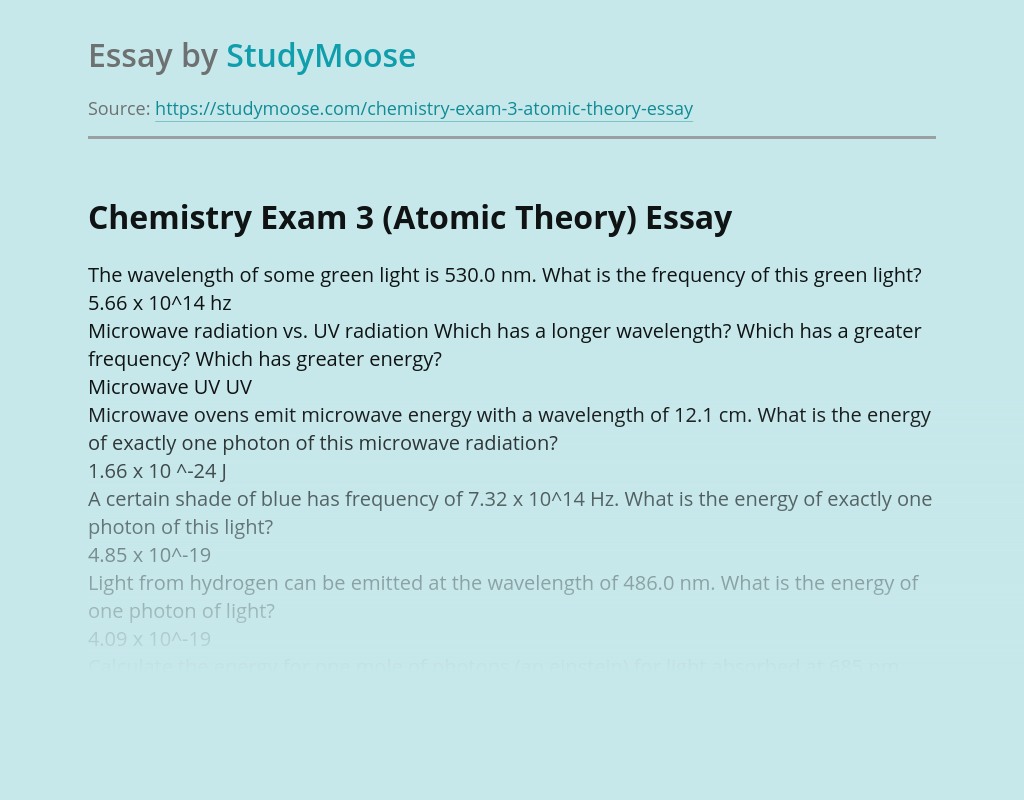