Michael Finley began walking to his room, very exasperated from the day’s occurrences. Michael was a diminutive adolescent with short black hair and dazzling blue eyes. Michael was wearing what he wore every single day, his decrepit blue jeans, a tangerine shirt and his bulky brown boots. Michael was a quiet and coy youth who had very few friends. Because he had very few friends , Michael became very introspective. Michael meandered aimlessly, cogitating about his fantasy. Michael fantasized about friendship, something that all people want.

Don't use plagiarized sources. Get your custom essay on
“ Character sketch ”
Get custom paper
NEW! smart matching with writer

Michael entered his room and laid his body down on his bed remaining completely still. He started to evaluate his atrocious day. While contemplating, his immense angelic eyes became droopy, and had nearly fallen asleep. A moment passed, and suddenly the doorbell rang. Michael rose up from his bed and as he was opening the door, he heard sounds of laughter and discourse from the exterior. He opened the door and discovered an assemblage of his classmates.

The classmates started walking into his house, seeming like they had been friends with Michael since childhood.

His classmates sat down on his sofa and started to chat with Michael. Michael had not known what had happened but he didn’t care because his dream was coming true. Michael and his friends talked through the wee hours of the night. At that point Michael felt that he was one of them and didn’t care what happened in the past, he only cared what was happening now. Michael did something that he hadn’t in a long time; smile.

In the morning, his friends departed after a night of celebration and companionship, and Michael walked to his room. He once again lay down on his bed and started to contemplate. But this time, Michael didn’t contemplate unhappily but contemplated blissfully. Michael’s dream was accomplished, but there was only one problem; it was just a dream. 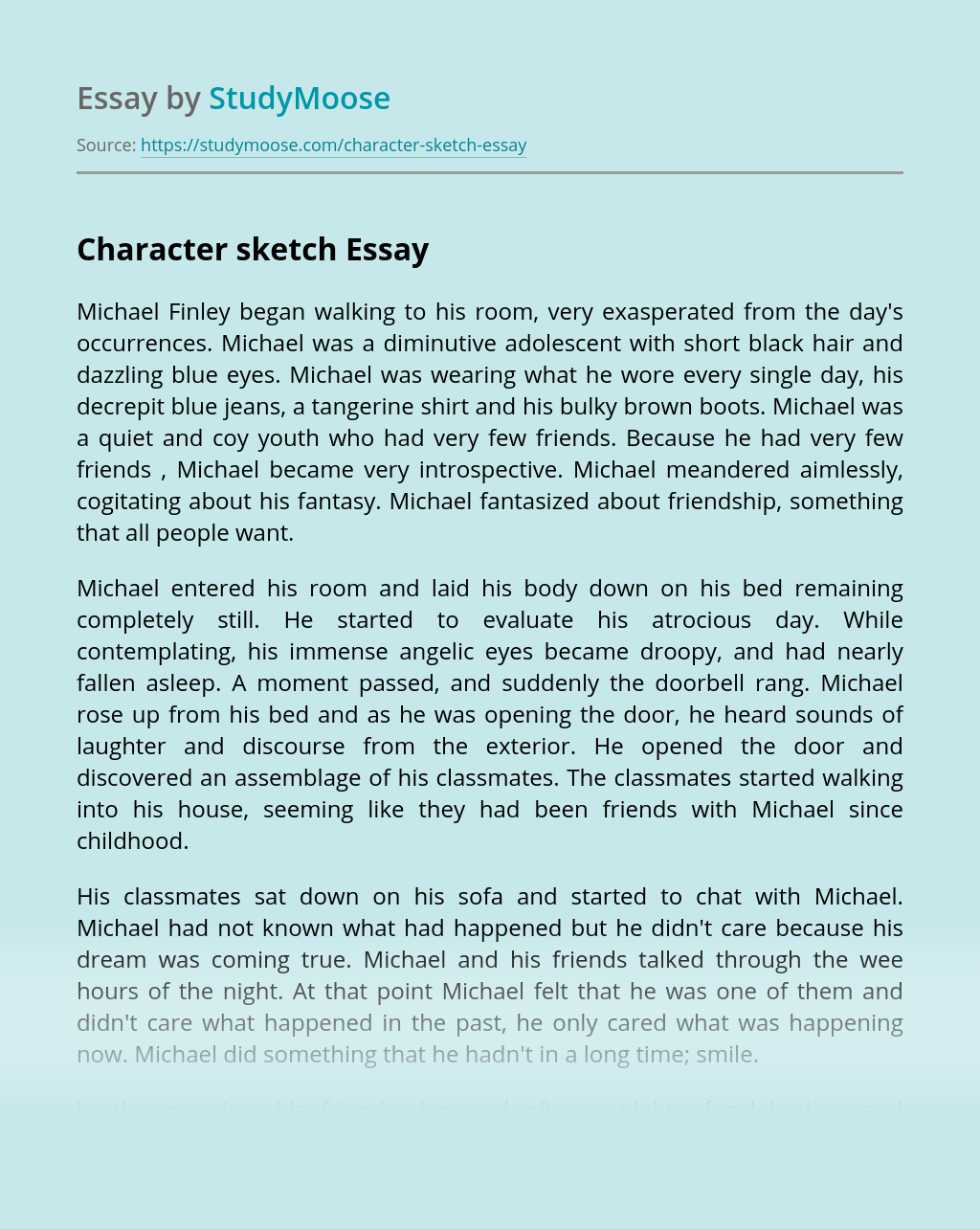