In the book “Fahrenheit 451” by Ray Bradbury, Captain Beatty delivers a very ambivalent speech regarding the destruction, and burning of books. He contradicts himself several times and nearly argues with himself about whether burning books is good or bad. Beatty is very confused and lost in his words about burning books; he spoke of the positive things about burning the book, and then contradicted himself with all the bad things about burning books. The first time he displays his indecisiveness was when he conceals himself “behind a screen of smoke.

Don't use plagiarized sources. Get your custom essay on
“ Captain Beatty in “Fahrenheit 451” ”
Get custom paper
NEW! smart matching with writer

This shows that he hides behind the smoke, which is a symbol of fire, it represents that the fire, the burning, protects him, and by not seeing him, he represents the rest of the ignorant citizens. However, after talking for a short time, he “leaned forward in the faint mist of smoke. ” This shows that, the smoke doesn’t protect him anymore; it represents him seeing clearly about the negativity of burning the books, and becoming visible to Montag about his decision.

Lastly, he contradicts himself subtly when he comes driving in a “phoenix car” showing his support for fire. The phoenix is the biggest symbol fire and depicts the strength behind fire. Later on, he examines his ashes in the palm of his hand. Mythological stories always illustrate the death and rebirth of a phoenix through ashes, showing that the burning books could die, just like the phoenix turns into ashes.

Beatty’s ambivalence shows how much he’s contemplated the subject of burning books.

It’s certain however, that on the outside, he is for burning books, but on the inside, he is educated, and knows that these books gave him the knowledge he knows today, and that they should not be burned. I believe that Beatty’s ambivalence will lead to severe depression and self destruction, and realize what he really believes in before he perishes. 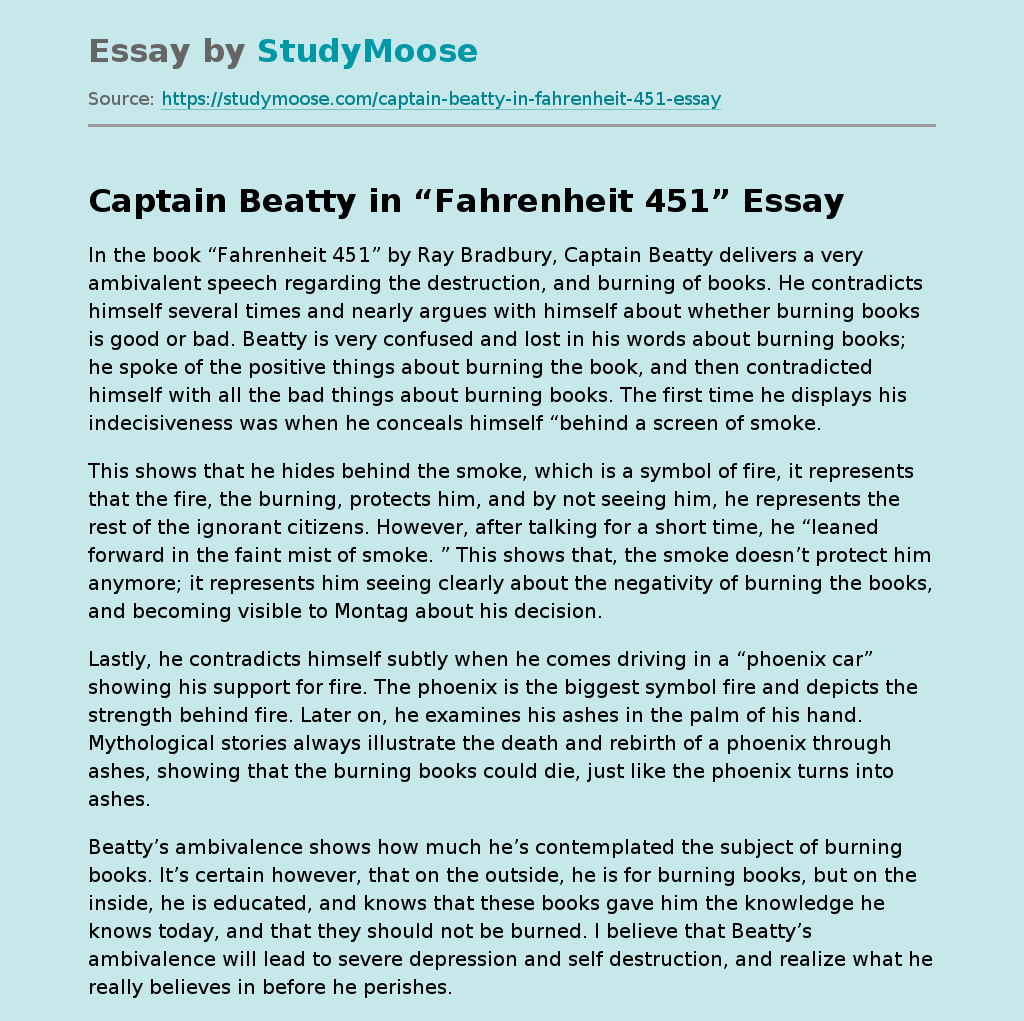