The translator In the context of translation studies, it is assumed that to do a satisfactory translation, the translator must be aware not only of the texts in hand, but also the physical world and the culture in which the texts are formed initially. This implies that the translator should be acquainted with the everyday life in the source location and that his or her activity is not simply a manipulation of linguistic figures or data.

The translator handling medical texts do not have to be trained as doctors, nurses or other medical staff, however it is essential that he or she understands the entire connected implication: the linguistic, medical, social, and also cultural context in which he or she happens to work.

Don't use plagiarized sources. Get your custom essay on
“ Aspects of Scientific Language Translation ”
Get custom paper
NEW! smart matching with writer

This can be done by having sufficient knowledge of the world. Numerous problems occur when doctors and patients use different languages or even different varieties of the same language.

It has been rightly pointed out by Tanner that, in addition to emotional and other unrelated aspects, the simplicity of contact in a doctor-patient discourse depends on how well and precisely the parties express themselves.

The clarity of speech constitutes an indispensable requirement for appropriate diagnosis and treatment. This is the point at which translation and interpreting come into the picture. Translation is defined by Catfords as: ‘The replacement of the textual material in one language, [the source language] by equivalent textual material in another language, [the target language]’.

Despite the fact that the definition is dated in numerous contexts, it still has a bearing on textual materials in the field of medicine, despite of the language pair involved.

Medical communication has its specific nature. The terminology used in the medical sector, in regards to Catford’s statement, often requires clear renditions and lexical equivalents. This indicates that the translator may come across with the phrases and terms in the source language that exclude an entire transfer of information from the source to the target language. In this case, when patterns or meanings between the languages differ, the term ‘untranslatability’ could be applied.

Mohanty observed: ‘the process of transfer is limited in terms of time and space: it is mostly individual; straddling two languages at the same time, this is where we find the phenomenon of untranslatability; it is not part of neither static, nor dynamic texts in the source or target language, but something which turns up exclusively when two language systems meet in the transfer of a text. Untranslatability is part of the process, of the assessment of the process of transfer. ’ 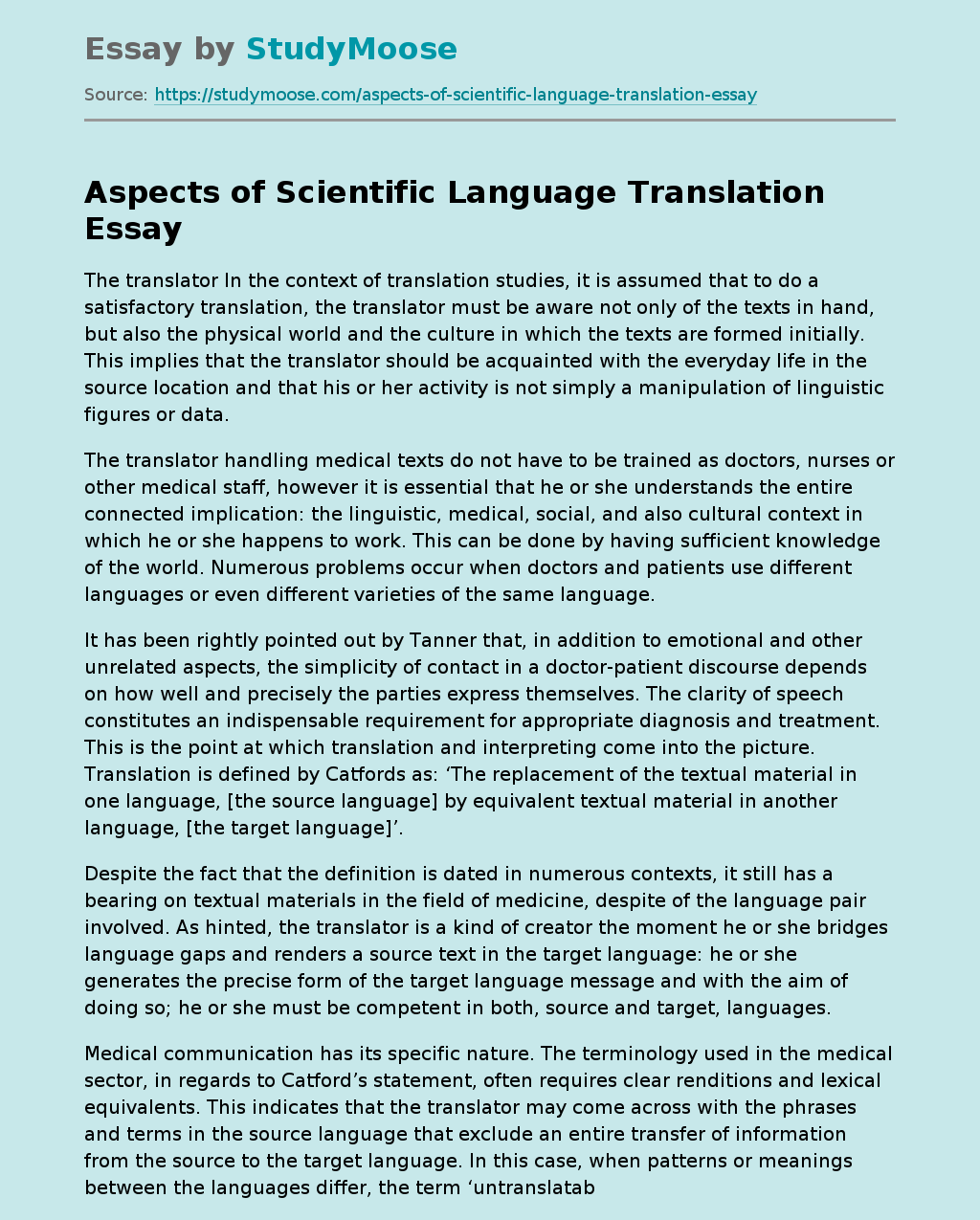