The related topic between the four articles listed below is abortion. There will always be an argument for abortion and against abortions. As a women, I can relate to both sides; pro-choice and pro-life. The fact that the government is trying to take away the choice for an abortions, raises a lot of questions to me. Why shouldn’t women have a choice? Krause, K. W. (2011, July-August). Abortion’s still unanswered questions.

Kenneth W. Krause is a contributing editor to “The Good Book.

Don't use plagiarized sources. Get your custom essay on
“ Arguments for abortion and against abortions ”
Get custom paper
NEW! smart matching with writer

” He is known as a humanist. Krause is also known for putting hot subjects under fire. The related topic is about abortions. His article puts the unanswered questions about abortion on the spotlight in the article listed above. In Krause’s article, he questions what exactly “we” know about abortions. KAMINER, W. (2000).

Wendy Kaminer is a writer and a lawyer. She mainly writes her books based on social issues and feminism issues.

Kamier’s article “Abortion and Autonomy” points out the ways the laws have both protected abortion and pushed against them. The article shows both opinions about pro-choice and pro-life. Kaminer truly believes the feminist movement has been “fractured”. She also makes points in her article about how the law has had an influence on abortions. McBride, A. December 2006. Roe v. Wade (1973).

Wade (1973), he explains the process in 1973 to keep abortion legal. Norma L McCovey (Roe) claimed Texas criminalizing Roes right to have an abortion. She said the law was unconstitutional to her rights. McCovey’s rights were protected by the constitution. However, there were guidelines set to specifically define whether a woman can have an abortion.

Arguments for abortion and against abortions. (2016, Oct 18). Retrieved from https://studymoose.com/arguments-for-abortion-and-against-abortions-essay 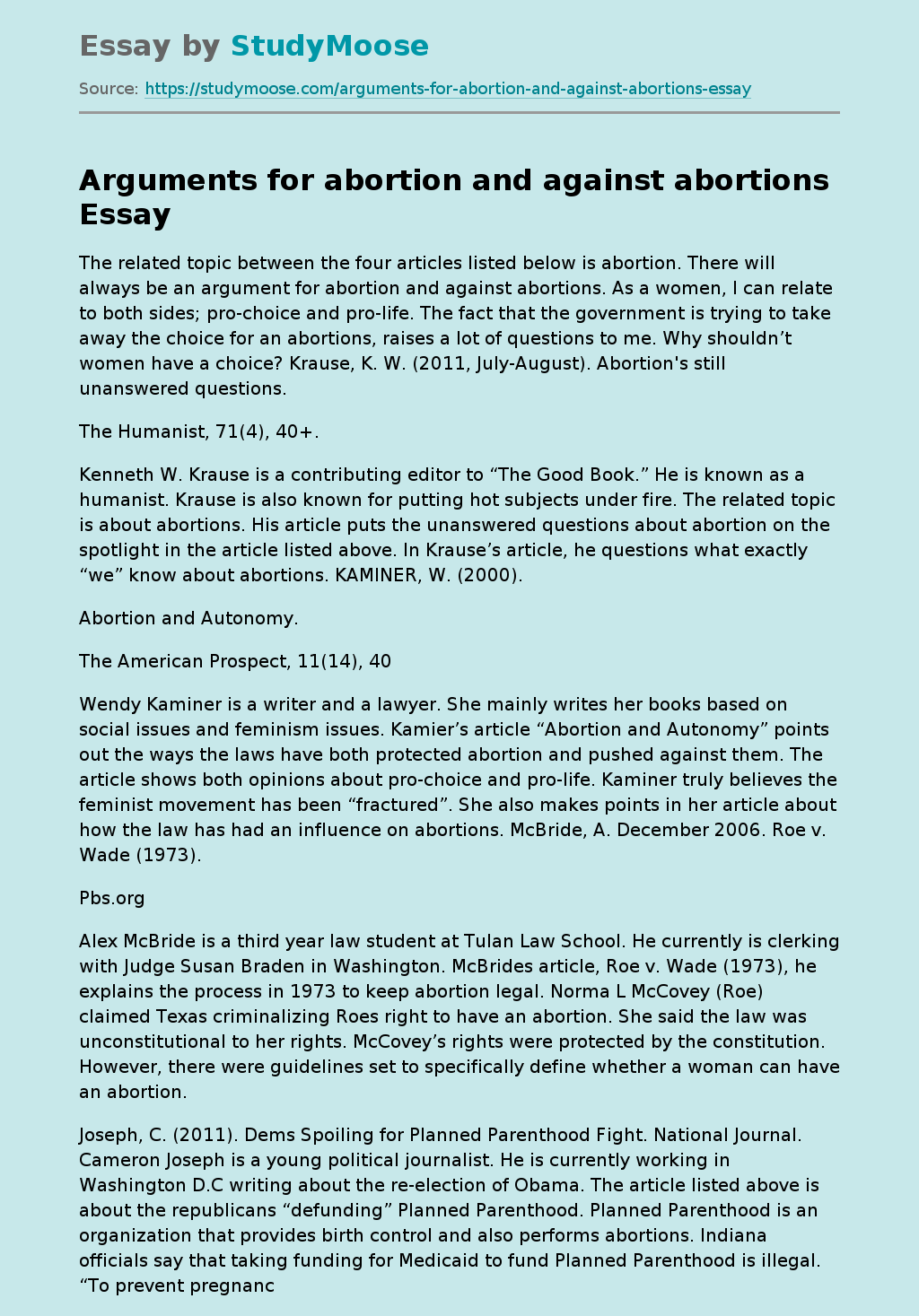