Unlike Android IOS only used by Apple. Now in this world there is more electronic devices that used Android operation system.

Don't use plagiarized sources. Get your custom essay on
“ Argumentative Essay: Android vs iOS ”
Get custom paper
NEW! smart matching with writer

One reason I favor Android over IOS is is more customization. “the strong points of Android has always been the level of customization it allows. While Apple wants to keep control of default apps and maintain a homogenous software and hardware experience, Android lets you pick your own level of customization. This extends all the way from simple things like animated wallpaper, to alternative keyboards, to custom ROM installs.” Android device allows you to customize everything, you can change the way your devices look by downloading another launcher to your devices.

You can also customize your keyboards, widgets, and so on by downloading third­party software from the play store. Second reason I picked Android is it lets you manipulate multimedia files much easier than IOS, you can just drag­and­drop your files into any device’s folder. The last reason Android is better because it come in at any price u want. “Affordability has been a key driver for Android dominance worldwide and it continues to be.

If you want premium devices that match and surpass the iPhone or iPad then you can find them, but if you want a budget device then Android is your only  choice”. If you on a budget there even a android smartphone for below $150 but if u not on a budget u can get a better Android phone with higher specifications for example the Samsung Galaxy Note 4 or the Nexus 6.

I’m not saying that IOS is a bad operating system. IOS still is one of the best operating system out there. IOS’s app store have more apps than the Android’s app store, it also the first app store that receive all new and updated apps. Also IOS is a smooth operating system, it fast, simple, clean, and easy to use. But IOS is only on Iphone, Ipad, and Ipod. “iOS’ user experience is one of the most intuitive. Android can take some time to figure out, and there’s a lack of consistency in the way third­party apps operate, but if you give someone an iOS device they’ll generally be able to figure out much of the functionality on their own.” 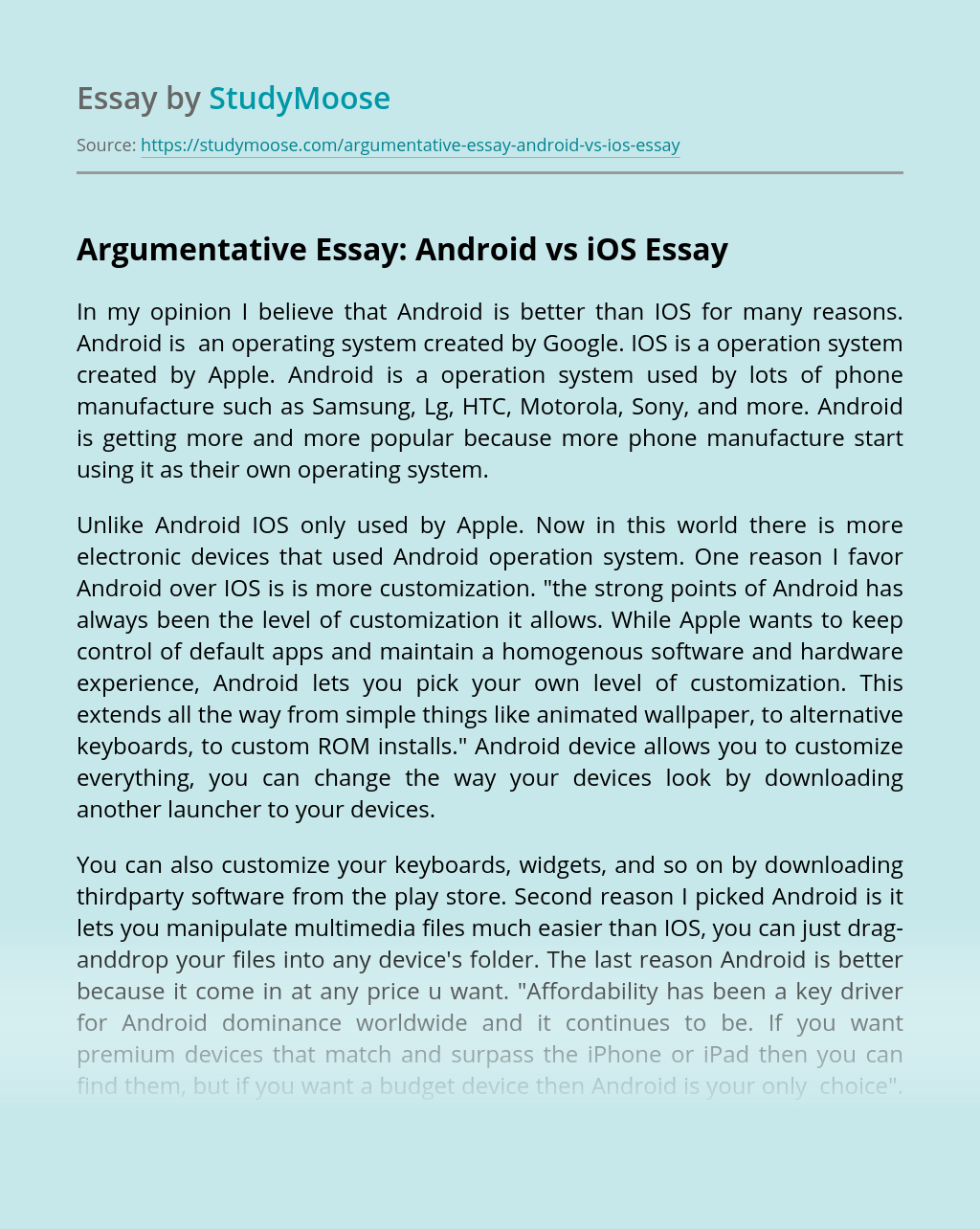