Anti-oppression is the lens through which one understands how race, gender, sexual orientation, and identity, ability, age, class, occupation, and social service usage, can result in systemic inequalities for groups. Anti-oppressive practice (AOP) refers to engaging in work that critically examines how social structures and social institutions work to create and perpetuate the oppression and marginalization of those who have been identified as not belonging to the dominant group” (Anon, 2018).

Dalrymple and Burke (2006) stated that anti-oppressive practice is founded within a commitment to social justice, a belief that practice should make a difference and focuses primarily on working towards transformation change.

Don't use plagiarized sources. Get your custom essay on
“ Anti-Oppressive Practice ”
Get custom paper
NEW! smart matching with writer

This will mean working alongside young people to develop shared understanding of the ways that power, oppression and inequality determine personal and structural relations and impact on their lives. As a result, we might start to transform and challenge the commonsense assumptions, stigma and fear that surrounding issues that young people are facing and what is causing them to become oppressed.

which contribute to exclusion and negatively impact on well-being (Dalrymple and Burke, 2006).

Therefore, when working with young people its important that practitioners create a shared comprehension of the ways that power, persecution and difference adopt individual and basic relations that effect their lives. youth work is commitment to develop anti-oppressive practice that will help to reduce anti- discriminatory towards young people that are oppressed. By developing AOP it will help young people to overcome barriers that young people may be facing such as barriers to inclusion, equity and their rights to access basic resources such as, health care, education and housing.

There are many things that can make young people become oppressed such as school life, work life, family, religion and services that are out there to help young people can become the oppressor towards young people (Sapin, 2013). A well know sociologist (Karl Marx) believes that oppression is develop though religion, he believed that religion was the opium of the people. He also went onto talk about how industrialization the power through the means of production, wealth and political also made people oppression. Marx believed that society made people oppressed (Jewson and Mason, 1986).

This is why in youth work its good to use a model of oppression according to Thompson (1997), the workings of oppression can be analyses using a model that examines three levels – P (personal) C (cultural) and S (structural) the model is listed below. This give the worker and insight into what kinds of oppression can occur when working with young people it looks at all aspects of life (Thompson, 2012).

Anti-oppressive practice is developed well in the organizational of backup. All young people are treated with dignity, respect and are valued for who they are. The young people are included in activities that take place in backup they have the option to say no to anything they do not want to do. Young people at backup are included in any decisions that impact their lives. They have the freedom to access resources such as health care, education and employment. They are support by the worker on the choice they make. Within the chances team at backup a number of staff have been on AOP training, they use their training thought their work with young people to ensure that young people are not becoming oppression. Backup have policies in place for young people such as anti-discriminatory policy for young people. Anti-discriminatory practice is fundamental law that is designed to protect people against both individual discrimination (committed by individuals) and from structural discrimination (arising from policies or procedures that disadvantage certain groups) (Thompson, 2012).

Reflecting on my placement and the above it has been evident that is organisation of backup has development an anti-oppressive practice this can be seen done though the work the staff done with young people. Young people are at the heart off backup and I could really feel and see this in my placement. Backup worked with young people from arrange of different backgrounds. Young people were listening to, respected, valued and treated with dignity. staff were non-judgmental, opened minded and respectful to young people on their life choices and decisions they have made. staff dealt with conflict when it occurred making sure it was dealt with their and then rather then just forgetting about it.

For example, I was at a pool session with a group of young people when two YP started arguing with each other over the game of pool, then one of the yp started making comment on the way the other young person looks as this yp was in the middle of transitioning from male to female, I know I had to step in straight away as it went to far, using homophobic language towards another person. It needed to be challenge with straight away, I stopping the game of pool to talk to the young person who was saying the hurtful comments and then soon realized that the young person didn’t understand what he had said or done this was because he didn’t know anything about the lgbtq+ and was not education about the lgbtq+ community but also thought it was normal as has his dad used to say comment such as ‘tranny’ and other words at home.

While talking to the young person I could refer this to the PSC analysis level of the C- cultural norms, shared values and patterns of behavior and maintains them from generation to generation. he had learnt comment like this from his Homophobic family background. After speaking to the young person and explaining why I have pulled up about what he has said he understood and said sorry. They both carried on playing the game off pool while I was dealing with the young person who said the comment another member of staff was with the other young person. I know more work need to be done so I went a way and contacted LGBTQ+ in Bolton to come in a done some session on lgbtq+ they were happy to come in. the young people needed to be educated and I felt like getting some one has been part of the community would be better than a staff member from backup. The staff member with me at pool let me take a lead on dealing with this issue was very supportive he told me that I did well in dealing with it and after discussing what I am going to do by getting someone to come in to do some work about lgbtq+ he was very impressed and told me I was doing well at my placement. 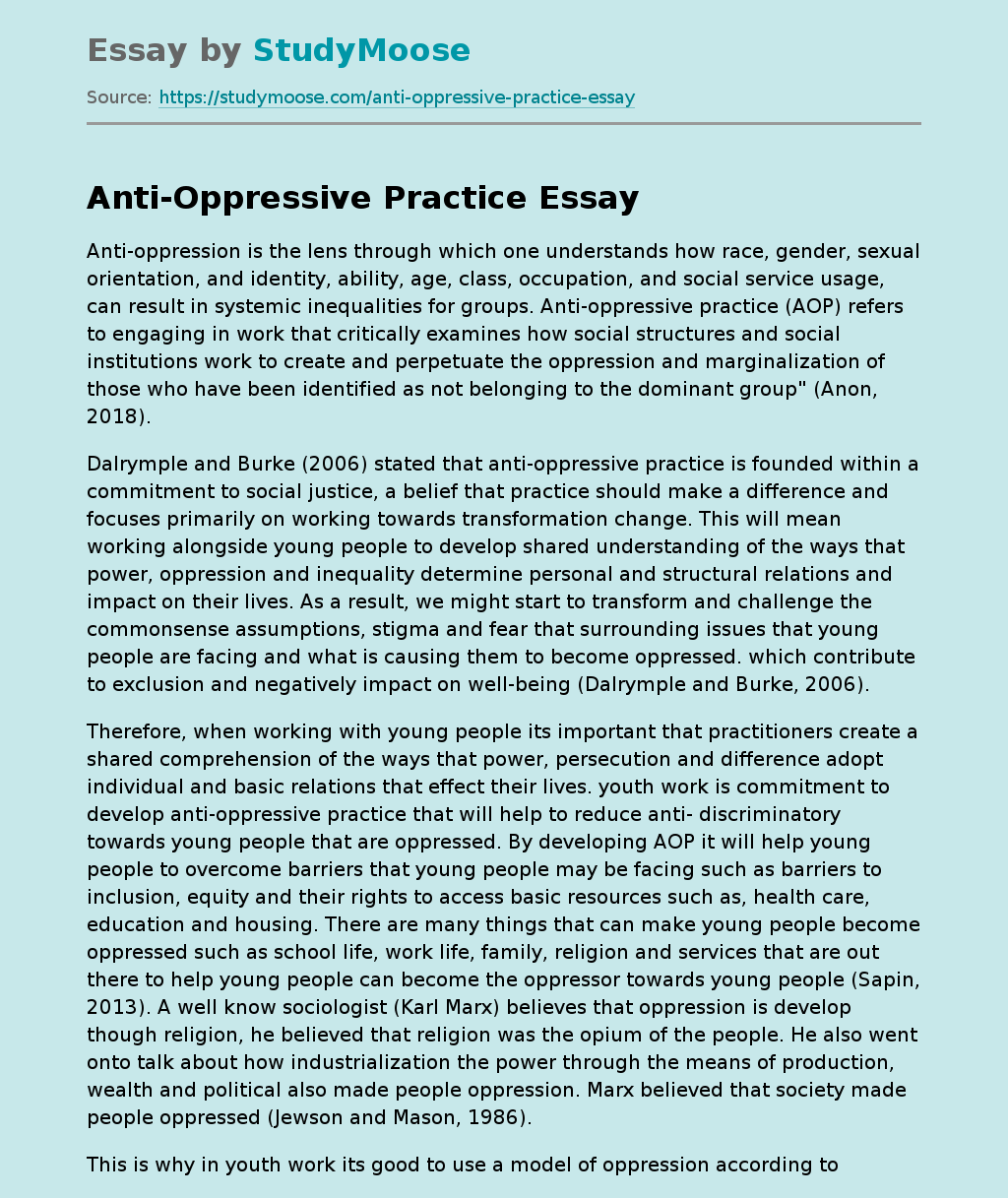