An investigation into the rhetorical devices and language features used by Barack Obama in his acceptance speech to assert power and to influence peoples’ thoughts Barack Obama is a name that many citizens can recall of, especially after he became the first African-American candidate to be nominated by a major party, and the first to win, for either president or vice president when he became the Democratic Party presidential nominee in the 2008 election and was elected. Prior to this, Obama had vigorously campaigned for change in the country.

Don't use plagiarized sources. Get your custom essay on
“ An investigation into the rhetorical devices and language features used by Barack ”
Get custom paper
NEW! smart matching with writer

This context is convenient as due to being a part of the political party, it is obvious that the linguistic techniques used would express an idea or ideology. Which as a result would influence people’s attitudes and beliefs. An effective speech can not only spur loud applause of the audience but also enlighten them. Public speech is made to exert much power on the public in a short time, thus achieving the speech-maker’s aim.

Obama has been asserting himself among the American people through his powerful speech. There are many factors attributing to Obama’s success in speech, and he applies a tactic of rhetorical devices in his approach. I will be researching secondary sources such as Fairclough Norman, extra sources of theorists (Irving Goffman) which can deliver me with extra information on my analysis.I will be splitting the investigation to categories to which I believe are used in Barack Obamas Speech such as pronouns, rhetorical devices like anaphora and alliteration and other language features.

An investigation into the rhetorical devices and language features used by Barack. (2019, Aug 20). Retrieved from http://studymoose.com/an-investigation-into-the-rhetorical-devices-and-language-features-used-by-barack-essay 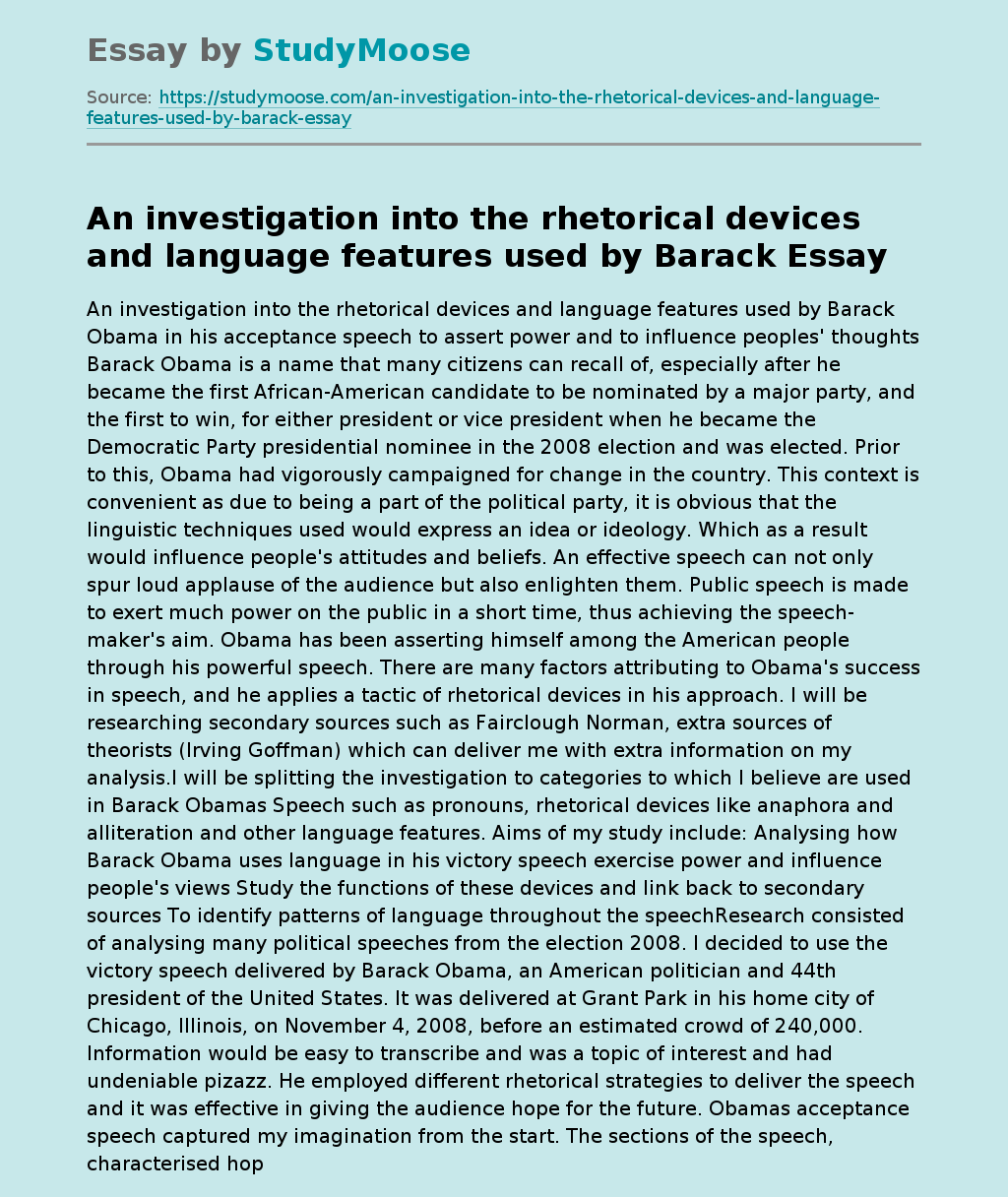