Don't use plagiarized sources. Get your custom essay on
“ Alzheimer’s disease ”
Get custom paper
NEW! smart matching with writer

But Alzheimer’s is not just a disease of old age. Up to 5 percent of people with the disease have early onset Alzheimer’s (also known as younger-onset), which often appears when someone is in their 40s or 50s. Alzheimer’s worsens over time. Alzheimer’s is a progressive disease, where dementia symptoms gradually worsen over a number of years.

In its early stages, memory loss is mild, but with late-stage Alzheimer’s, individuals lose the ability to carry on a conversation and respond to their environment.

Alzheimer’s is the sixth leading cause of death in the United States. Those with Alzheimer’s live an average of eight years after their symptoms become noticeable to others, but survival can range from four to 20 years, depending on age and other health conditions. People with Alzheimer disease also develop deposits of stuff (protein and fiber) that prevent the cells from working properly. When this happens, the cells can’t send the right signals to other parts of the brain. 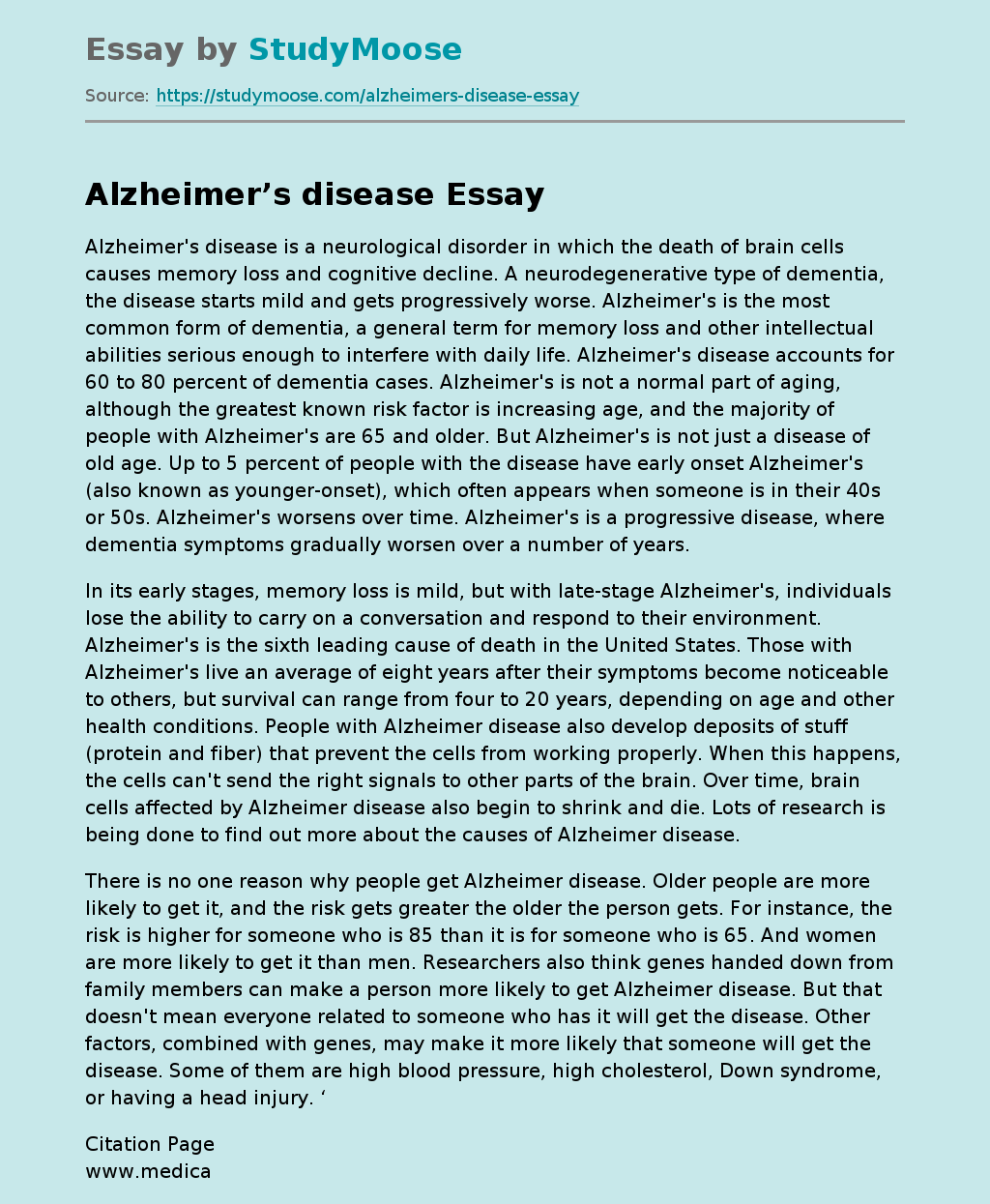