I decided to attend a meeting based first (and almost solely) on convenience of the location. So I decided to attend a meeting right here in Batavia. The “Batavia 12 & 12” at the Holy Trinity Church down on 6th & Wood St. They hold meeting on Mondays around 11:00am. The main focus is to follow the 12 steps in order and work on them in a more traditional fashion. They do have the big book, but follow it more in a step by step focus.

However karma decided to rear its head and make it a Closed Meeting, meaning that it is not as open to the public to sit on and they only allow members who are coming with a problem related to alcohol. So at first I was turned away but, I was lucky enough to know a person (local firefighter) who attends the church, and talked the host into letting me sit in on a meeting. So with the awkwardness of getting into the door out of the way, it was time for the meeting.

Obviously due to the location itself, it came as no surprise that the meeting consisted of roughly around 15-20 people, including the person in charge of the meeting and myself. All the chairs were set up like a classroom.

I will be honest; the atmosphere of the meeting was actually much more mono-tone than I was lead to believe. Not that an A.A. meeting is always upbeat or depressing but, it seems like this was a mix between.

Some were drinking their coffee, others just sitting and fiddling with their hands. One man however, seemed to be uncomfortable with me. I guessed it was because I was the newcomer to the meeting, and the youngest looking guy in the room. He kept staring at me and glancing at me from his chair at the front. Then the meeting got underway. Everyone started with a sort of, hello and how are you, type of thing. Everyone went around saying their name, how long they have been attending the meetings and, something interesting related to how they have been working on staying sober. One man briefly talked about how he almost broke his sober strike at a local party, another was a bit worried that with Halloween coming up, how he would be able to stay away from temptation. Most everyone seemed to have a similar type of intro, which in retrospect would explain for the less than stellar atmosphere. Then the gentlemen who had been staring at me spoke up as they were beginning to discuss the step they were currently working on with their group, Step 6 if I recall. He wished to draw attention as to why I was not called on to speak up, and introduce myself like the rest.

Although the host attempted to specify, I decided to take the opportunity to just speak up myself. I explained that I was not here as an alcoholic seeking to get help, but that I was a student at the University up the hill. Immediately he asked what business I had attending this closed meeting and I explained why I was here and my Major of study and the details of the assignment. Everyone else seemed to find the assignment interesting and was ok with my presence; one gentleman welcomed me to this “enriching” experience. However the aforementioned man obviously did not wish to be, as he put it, “spied on” by a student. (I say ‘student’ but his wording was a bit ruder) At this point I did not say much more, as everyone else started to try and calm the gentleman down and another pulled him aside, talked to him for a minute, then everyone sat back down and basically continued the meeting at normal. One thing of note, as they began discussing Step 6, one thing that was thrown in by some of the attendees, was the concept that God, should be able to help remove not just the defects of character towards oneself, but towards others. To me this meant that one should be able to act nice towards others despite any preconceived notions of flaws. At the end of the meeting, as I was walking out, the same gentleman who seemed to have issues with my presence stopped me as I was out the door and pulled me aside.

At first I was prepping myself for some sort of tongue lashing but, instead was greeted with an apology, and he explained that he was having some “issues with his own sobriety”, that the “week was just off” for him. I told him I understand, wished him luck with his program and went on my merry way. Overall the meeting was what I expected, on the part of how they discussed God and his involvement of the Steps, and the general behavior of most of the group, as I have come to understand it at least. However, I think from this experience I have gained a crucial piece of information that, although I was aware of it, had no real first hand understanding of it; People fear judgment from those who are designed to judge them.

A simple statement, and in many respects obvious but, what I mean is that people tend to fear judgment from those who should not judge them, and expect criticism and judgment rom those who are meant to. Anyone who has succumbed to alcoholism or drug use, knows what to expect from their immediate peers, but I was not expecting how much they would, or in the case of the gentleman I encountered, fear someone who is making a career of judging them. This experience has helped me better understand why some many in recovery wish for anonymity, or try to get help from people they know, or are quick to stop recovery if they are feeling looked down upon. I can see more clearly now why we as helping professionals must do everything in our power to not put judgment or criticism on those who are in need of help.​ 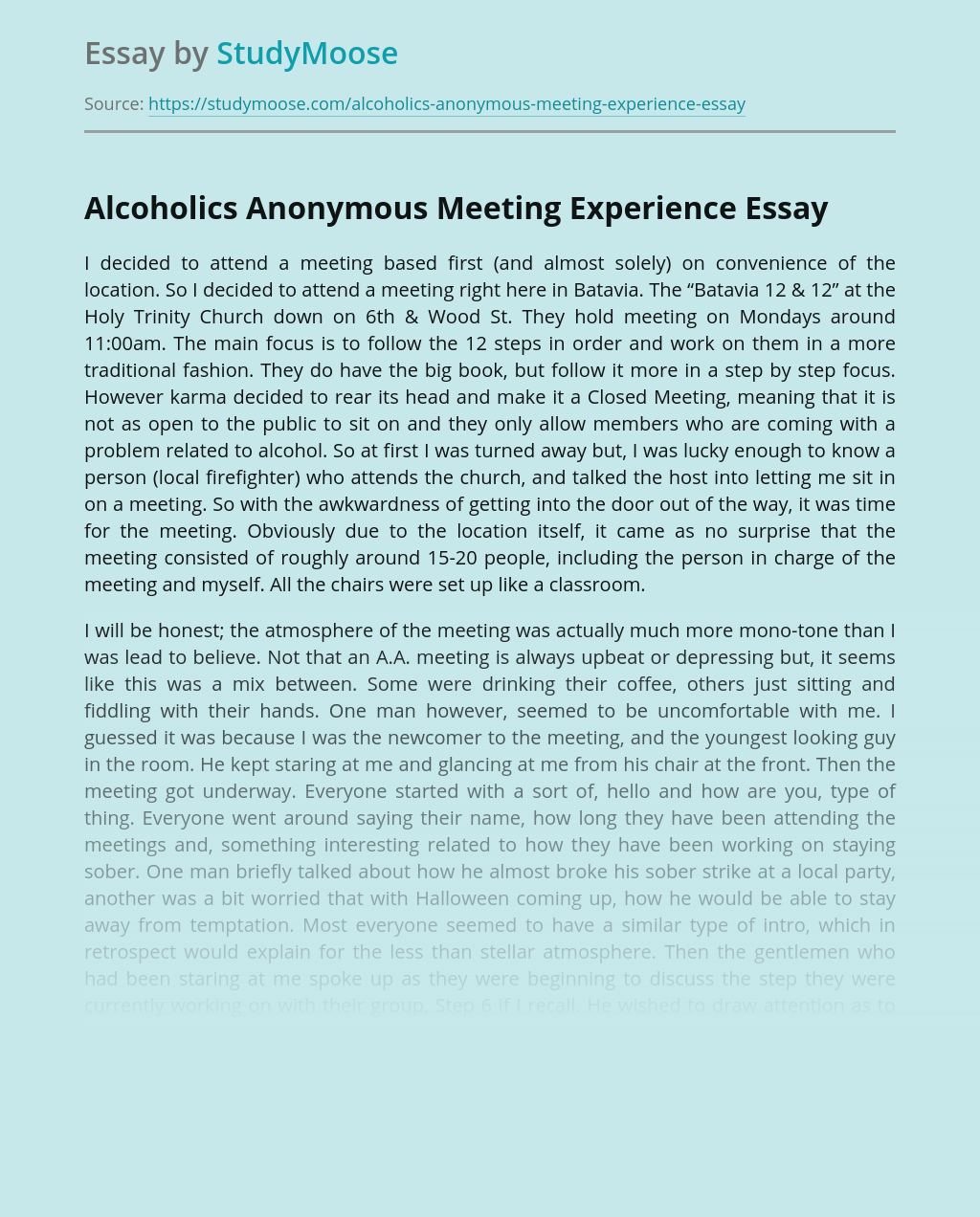