Newton was known as a natural philosopher during his life but his theories of motion, gravity, light, etc formed the cornerstone of what would become known as physics. He probably contributed more to the science than any single person before or after him. Newton’s 1687 publication of the Principia is considered to be among the most influential books in the history of science, laying the groundwork for most of classical mechanics.

In this work, Newton described universal gravitation and the three laws of motion which dominated the scientific view of the physical universe for the next three centuries.

Don't use plagiarized sources. Get your custom essay on
“ Albert Einstein as Father of Modern Physics and Isaac Newton as Father of Classical Physics ”
Get custom paper
NEW! smart matching with writer

Albert Einstein (Father of Modern Physics) Albert Einstein was one of a group of physicists in the early part of the 20th century who started to form new and more complex theories that extended the work of Newton to new situations.

Einstein’s most famous work on relativity extended the work of Newton to include very high velocities (approaching the speed of light) and the effect of mass on space.

Einstein was not alone in extending the boundaries of physics at this time, a good claim could probably be made for a number of contributors to quantum mechanics who lived at the same time to share the title of “Father of modern Physics” but Einstein has for a number of reasons, not least the quality and complexity of his work gained the title “Father of Modern Physics” at least in the popular media.

Albert Einstein’s many contributions to physics include the special and general theories of relativity, the founding of relativistic cosmology, the first post-Newtonian expansion, explaining the perihelion advance of Mercury, prediction of the deflection of light by gravity and gravitational lensing, the first fluctuation dissipation theorem which explained the Brownian movement of molecules, the photon theory and wave-particle duality, the quantum theory of atomic motion in solids, the zero-point energy concept, the semi-classical version of the Schrodinger equation, and the quantum theory of a monatomic gas which predicted Bose–Einstein condensation. 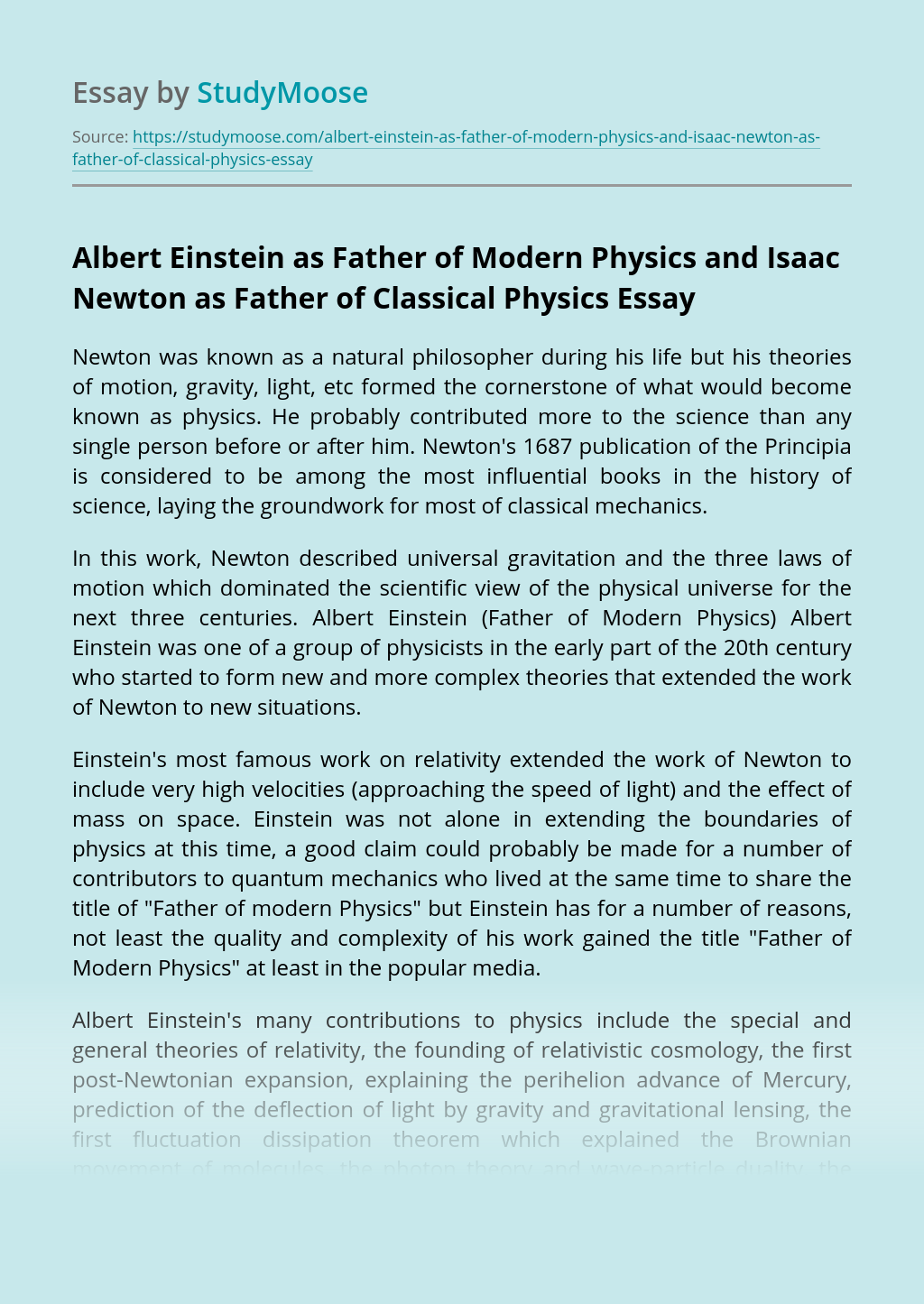