According to Ramesh Golait (Reserve Bank of India Occasional Papers, summer 2007) the credit delivery to the agriculture sector in India was analyzed. The evolution of institutional credit to agriculture sector is broadly divided into four phases:1. 1904-1969- Predominance of co-operative and setting up of Reserve Bank of India (RBI)2. 1969-1975- Nationalization of Commercial banks and setting up of Regional Rural Banks (RRBs)3. 1975-1990- Setting up of National Bank for Agriculture and Rural Development (NABARD)4. 1991 onwards- Financial sector reforms.

Don't use plagiarized sources. Get your custom essay on
“ According to Ramesh Golait Reserve Bank of India Occasional Papers summer 2007 ”
Get custom paper
NEW! smart matching with writer

The demand of the agricultural credit depends on the farm size, and other factors of production like labor required, fertilizers and other inputs required in production. In India supply of agriculture credit to farming sector is managed by co-operative banks, scheduled commercial banks and regional rural banks. Some of the major visible trends and progress in the credit to agriculture sector are as follows:1. After nationalization of banks, the public-sector bank made notable progress and established a wide banking network.

There was seen a great increase in number of public sector banks from 8,262 in June 1969 to 68,355 by March 2005.2. Co-operative banks and their widespread networks lost their commanding position since 1990s. The share of co-operative banks which was 62 per cent during 1992-93 was decreased to 22 percent in 2005-06.3. There was growth in institutional credit to agriculture by 21 percent during 1995-96 to 2004-05 which was just 12 per cent during 1986-87 to 1995-95.The distribution of institutional agriculture credit varies per hectare of gross cropped areas in different state. As the agricultural development is higher in Southern part of India, it was seen that the institutional credit is also higher in southern region (Rao, 1994). 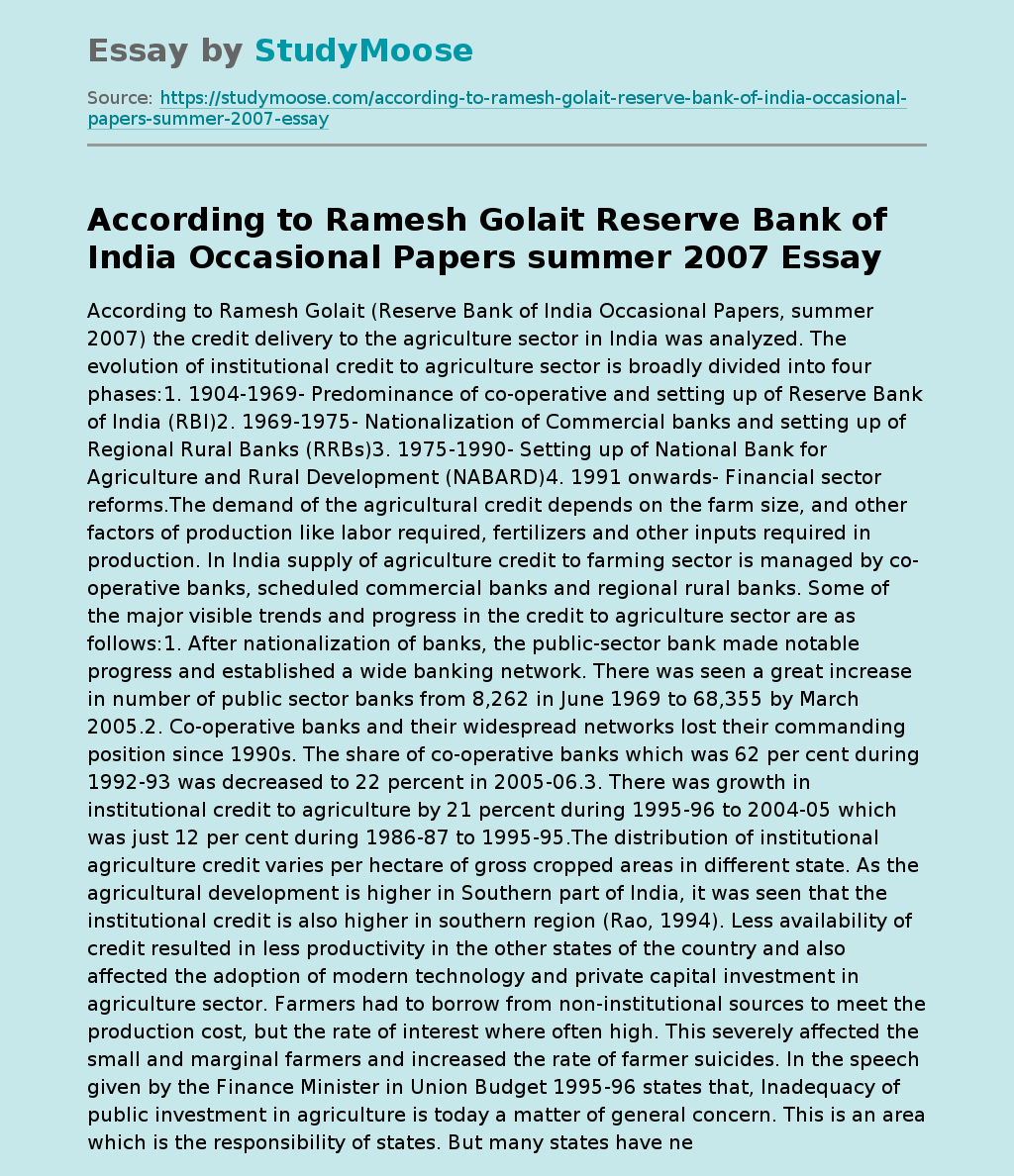