A Research Paper on Regulatory Framework and agreements of British American Tobacco (BAT) in AustraliaLegal Aspects of International Trade and EnterpriseTrimster: T1 2019Unit Code: HI5015Student Name:Student ID:Executive Summary:In this research paper a familiarisation of the famous MNC has been provided. This further helped to identify the relevant Legislative, regulatory framework/s, treaties, conventions or agreements that are affecting their operation in Australia.In the first passage brief description along with information regarding industries of BAT, global staff, Australian staff and global headquarters has been given.

Don't use plagiarized sources. Get your custom essay on
“ A Research Paper on Regulatory Framework and agreements of British American Tobacco (BAT) in Australia ”
Get custom paper
NEW! smart matching with writer

In the second passage a legislative framework affecting the MNC have been identified and discussed in detail. In the third passage treaties, conventions and agreements have been identified which have impacted the services and products of BAT in Australia.Table of ContentsTopics Page Number1. Executive Summary 22. About British American Tobacco (BAT) 43. The legislative regulatory framework affecting BAT 5-64. Impact of treaties on BAT 7-85.References 9Question 1 About BAT: British American Tobacco company was founded in 1902, gradually it became a market-leading brand by using their successful strategy, talented people and Transforming Tobacco ambition .

A Research Paper on Regulatory Framework and agreements of British American Tobacco (BAT) in Australia. (2019, Aug 20). Retrieved from https://studymoose.com/a-research-paper-on-regulatory-framework-and-agreements-of-british-american-tobacco-bat-in-australia-essay 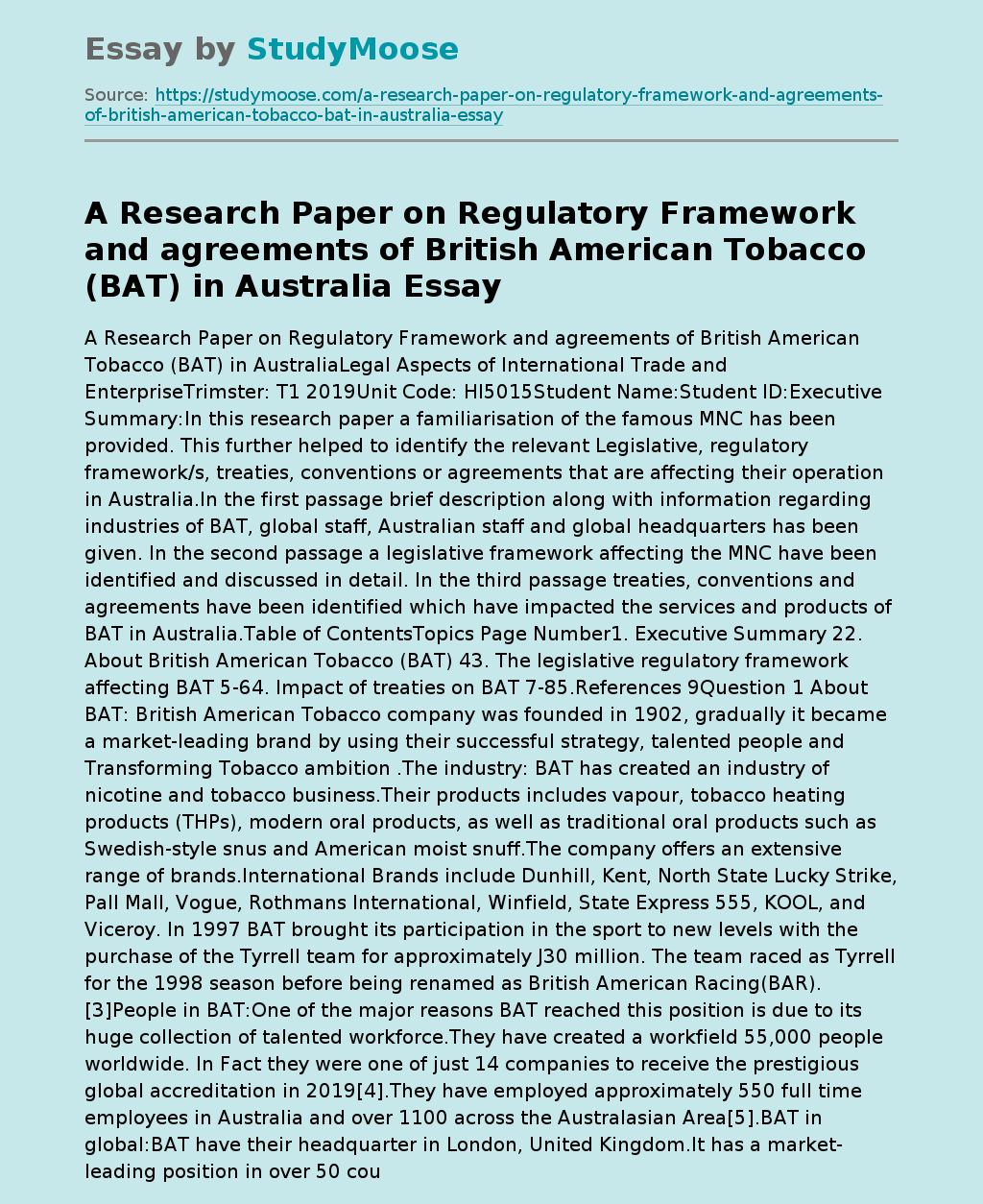