Turn in your highest-quality paper
Get a qualified writer to help you with
“ Translation Studies ”
Get high-quality paper
NEW! AI matching with writer

Translation must take into account constraints that include context, the rules of grammar of the two languages, their writing conventions, and their idioms. A common misconception is that there exists a simple word-for-word correspondence between any two languages, and that translation is a straightforward mechanical process. A word-for-word translation does not take into account context, grammar, conventions, and idioms. History of translation The practice of translating is long established, the study of the field developed into an academic discipline only in the second half of the twentieth century.

Before that, translation had normally been merely an element of language learning in modern language courses. In fact, from the late eighteenth century to the 1960s, language learning in secondary schools in many countries had come to be dominated by what was known as the grammar-translation method. This method, which was applied to classical Latin and Greek and then to modern foreign languages, centered On the rote study of the grammatical rules and structures of the foreign Language.

Where literature is studied and compared transnationally and transculturally, necessitating the reading of some literature in translation. Contrastive analysis: Another area in which translation became the subject of research was contrastive analysis. This is the study of two languages in contrast in an attempt to identify general and specific differences between them. Conclusion: The practice of translating is long established but translating studies is a new academic discipline related to the study of the theory and phenomena of translation. This new discipline was established almost 50 years ago. 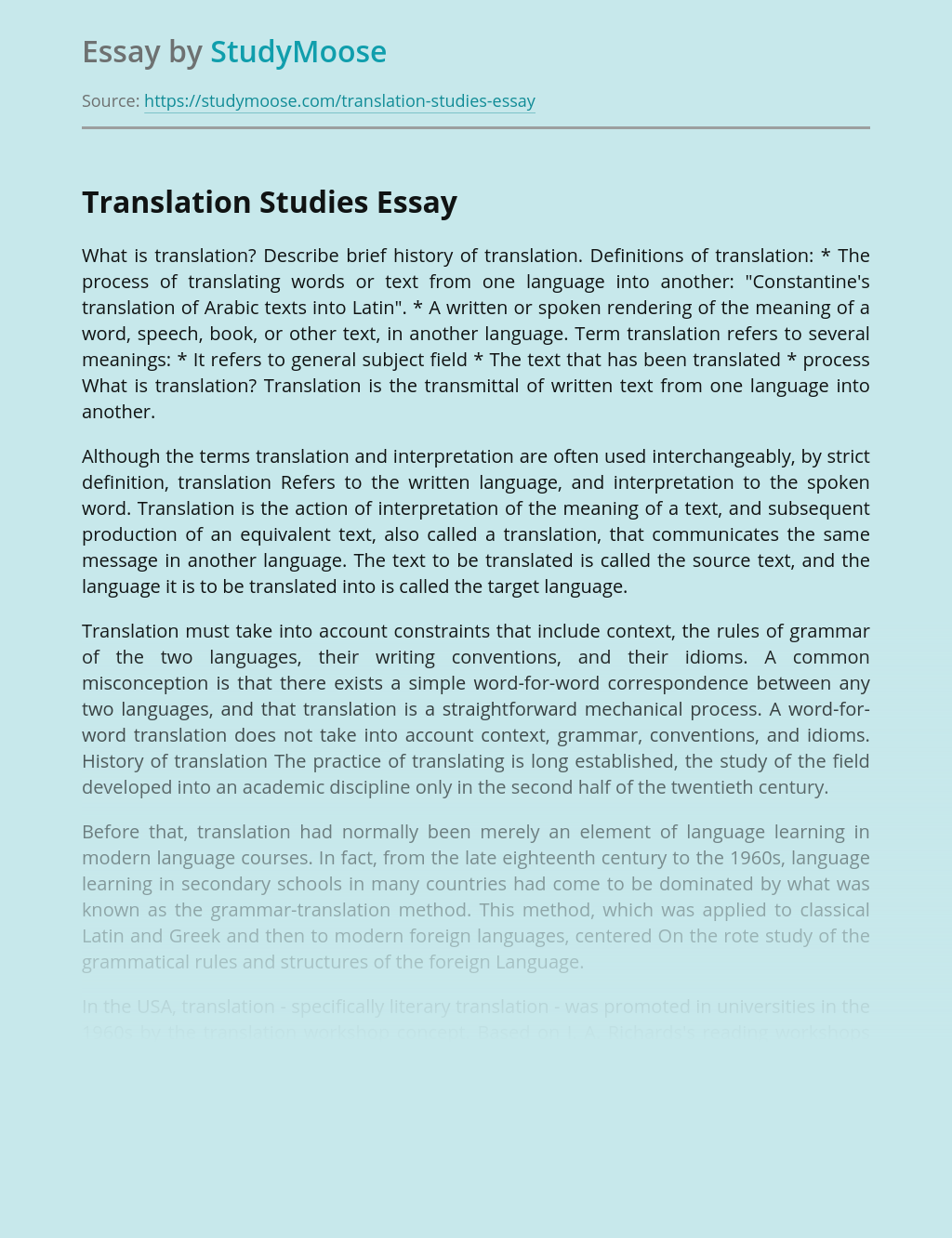 Turn in your highest-quality paper
Get a qualified writer to help you with
“ Translation Studies ”
Get high-quality paper
Helping students since 2015
Stay Safe, Stay Original