c. It’s a philosophy that states wisdom of reality is based on analysis of our thought process and not from scientific evidence.

d. God only exists through human insight. e. Most of transcendentalism thought came from German idealism and writings from the German philosopher Immanuel Kant. f. Belief in universal truths. g. The belief that man is born good, and that he is the perfect creation of God h. Hedge would start a group that include Ralph Waldo Emerson, Henry David Thoreau, James Marsh, Caleb Henry, Theodore parker, Margaret Fuller. This group started for undeceived Unitarian minsters but later became a Transcendental Club.

Defining what transcendentalism was a problem from the beginning mostly noted by Emerson letters to his mother complaining that many ask him to define it. The problem was that the only belief that Transcendentalists was consistent on was the belief of hedge’s adjustment of Coleridge’s meaning of Kant’s idealism. j. Transcendentalists would do more than trusting their feelings, they would be guided by texts from Hinduism. 2. ) Anti-Transcendentalism a. They opposed the optimism of the transcendentalist. b. They pointed out the failures of a utopian society.

c. They were discontent by the circumstances in America which lead them to write about moral dilemmas and society’s ill. d. It showed the nature of a deeply and sinister spiritual force than Transcendentalism e. The way to find God is though living a good life and with good deeds. f. It was a philosophical movement that went against Transcendentalism in a group of writers consisting in Nathaniel Hawthorne, Edgar Allan Poe, and Herman Melville g. Anti-transcendentalism showed the dark side of humans, the true nature of society and the power of self-destruction.

h. They show that characters in literature are prone to be sinful, evil, and bitter beings of life. i. Their beliefs are shown in three parts 1) that humans have the potential destructives 2) that truth of existence is deceitful and disturbing and lastly 3) human nature has an original sin that cause evil to be active in the universe. j. Anti-transcendentalism focus on the evilness, guilt, and remorse over sin and past sin. k. No such thing is a universal truth, just individual truths. 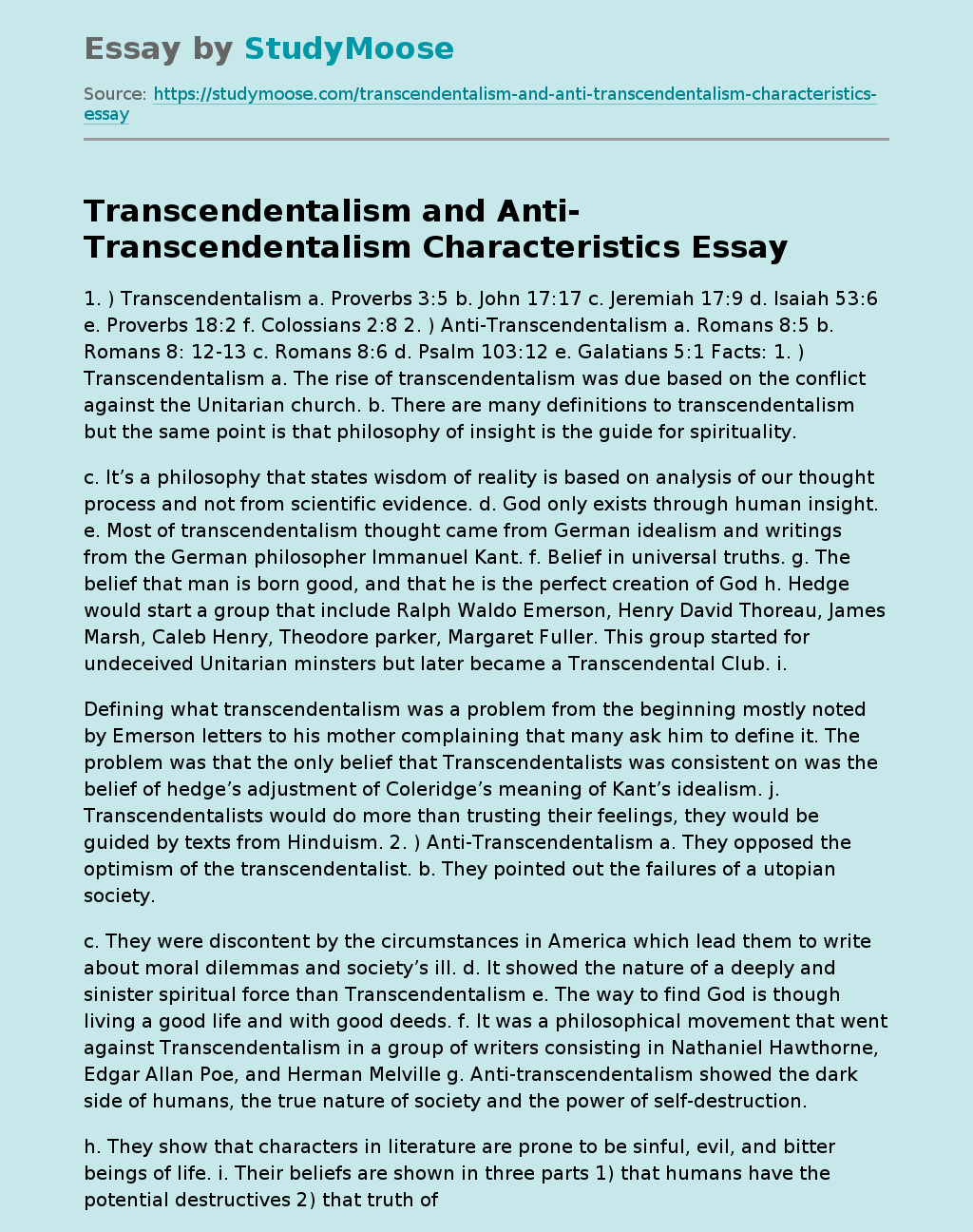