The longest phase of human history and the earliest period of his development is the period commonly referred to as the Old stone Age. It is the level of development of humans marked by the making and use of tools made from stone. It is believed that the culture of tool making, unique to man, occurred at about six-hundred thousand to seven-hundred thousand years ago. The earliest protohuman forms, as suggested by modern evidence, deviated from the ancestral primate stock when the Pleistocene begun.

Don't use plagiarized sources. Get your custom essay on
“ The Old Stone Age ”
Get custom paper
NEW! smart matching with writer

There were sudden changes in the climatic conditions during the Pleistocene with the northern latitudes and the mountainous regions being under the advancement and retreat of ice sheets on four successive occasions. The resulting effect was the formation of the present coastlines, river valleys and terraces. The global fauna and flora experienced major changes. To large extent, these environmental factors seemed to have influenced the development of culture that occurred during Paleolithic epoch.

Throughout the period of the Old Stone Age, man was a hunter and gatherer.

Wild animals and birds, fish, wild fruits and roots provided for his subsistence. There is no complete artifactual record during this long period. The materials however were as a result of slow and gradual development from single multipurpose tools to numerous and highly specialized artifacts designed to serve specific purpose. 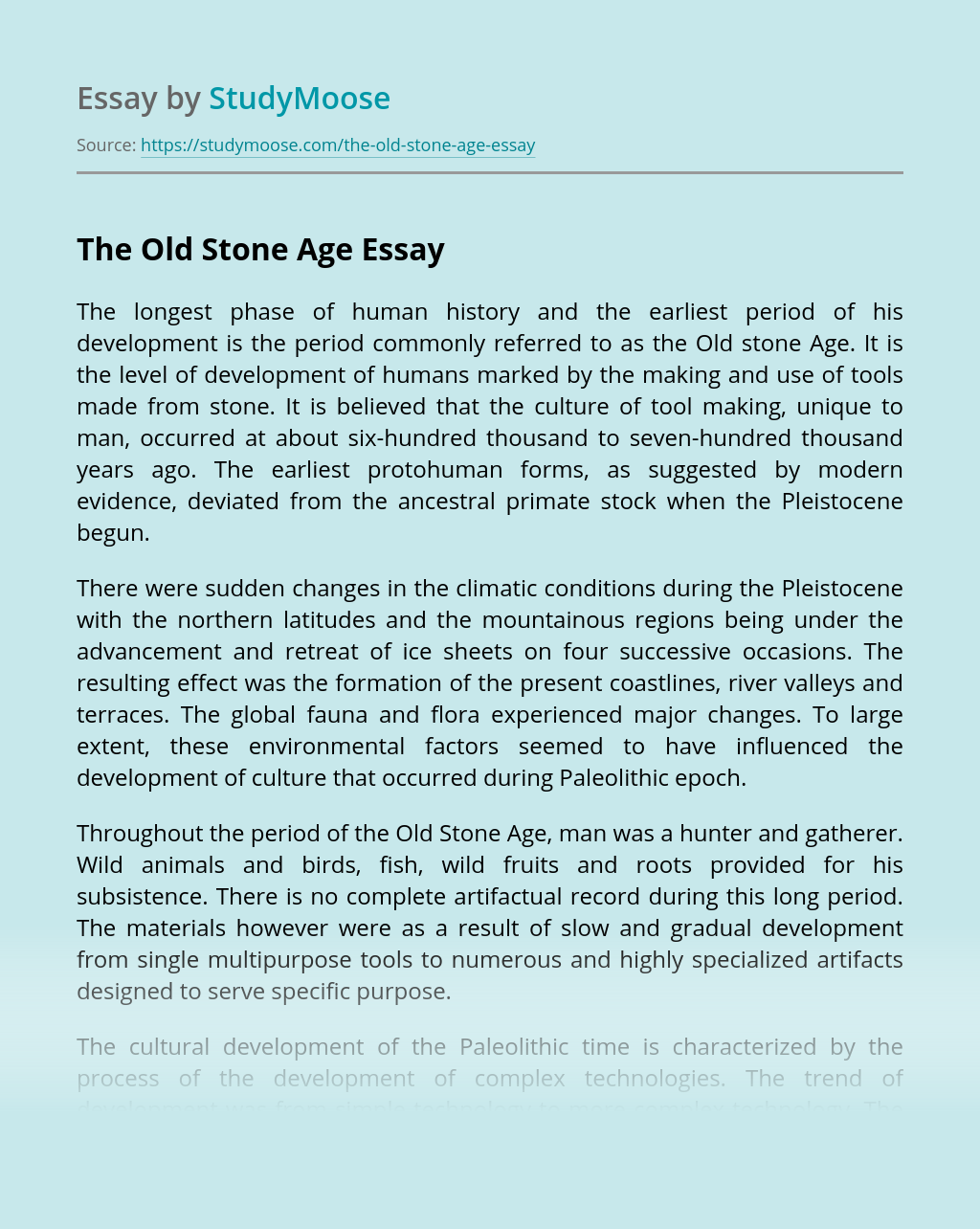