1.3.5.The Identity Crisis The theme of identity today is one of the most challenging cultural nodes for education in general and the pastoral. The term itself is rich and complex in nature in the sense that it can be defined by various filed of studies. However, in a simple definition, identity is the fact of being who or what a person or thing is. Moreover, identity could be understood in the interdisciplinary context. In fact the answer to questions who I am, who I must become cannot be given without a reference to a multiplicity of personal data, social and cultural that enter simultaneously in play.

Don't use plagiarized sources. Get your custom essay on
“ The Identity Crisis The theme of identity today is one of the most ”
Get custom paper
NEW! smart matching with writer

One’s identity can be identified therefore in the consideration of the various factors in one’s life such as the culture, the religion and the society where he/she belongs. Sociologically speaking, identity refers to the specific designations ” ascribed or achieved ” individuals use to recognize sameness, which in turn distinguishes them from the other and thus answers the question who am I? To put differently, identity is invoked in the various categories people use to specify who they are and to locate themselves relative to other people.

The multiplicity of identities depends on various social networks to which an individual belongs. It is possible therefore for the self as a totality to have various identities or categories that can be invoked at various points in time such as ethnicity, citizenship, gender and religion. In an open letter of the Filipino youth to the Catholic Church, the youth expressly says, we are dynamic individuals, overflowing with blessings, willing and open to learn and to grow when provided with opportunities to do so.

The Identity Crisis The theme of identity today is one of the most. (2019, Aug 20). Retrieved from http://studymoose.com/the-identity-crisis-the-theme-of-identity-today-is-one-of-the-most-essay 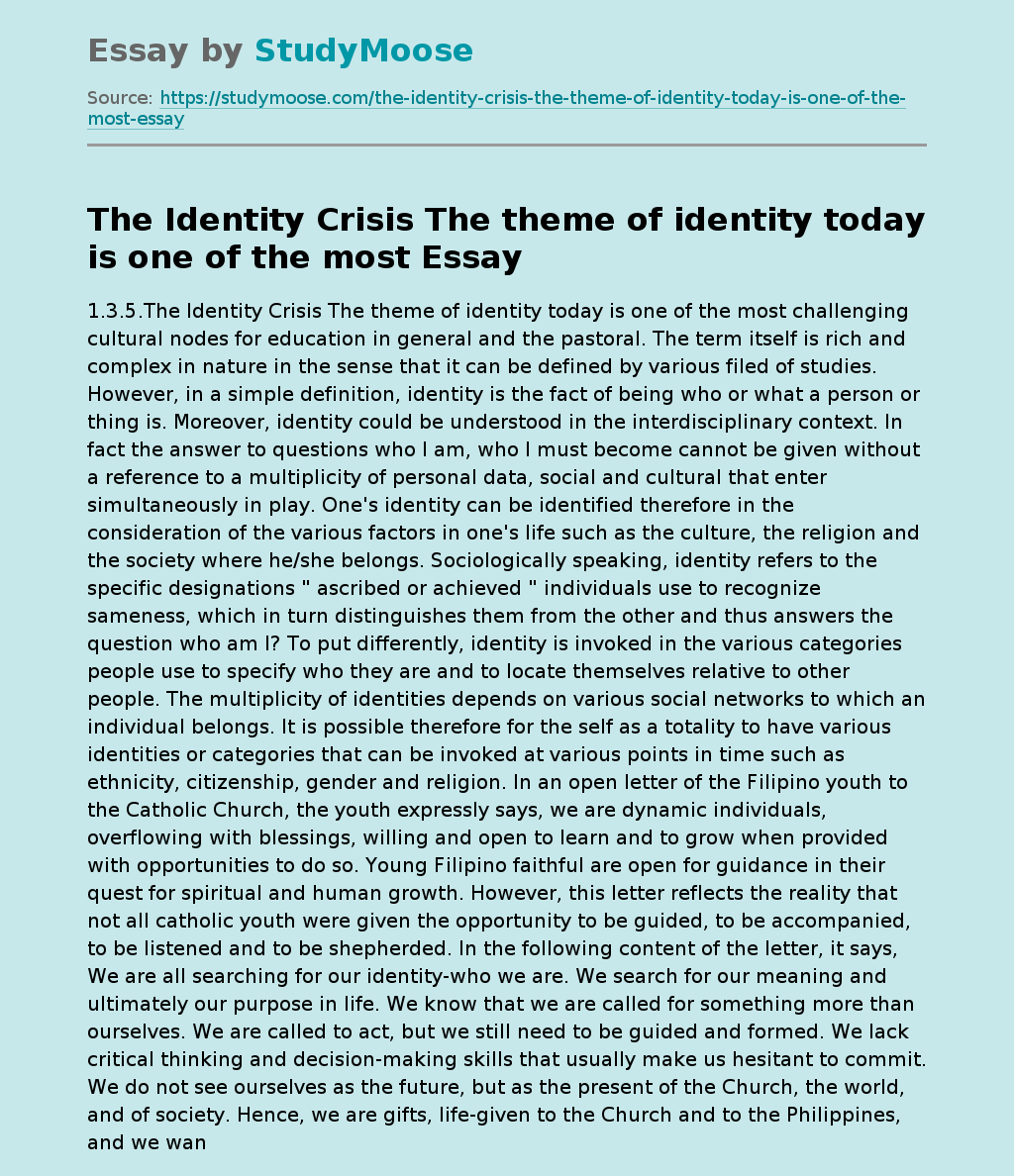