The Comprehensive Agrarian Reform Program or CARP, created through Republic Act No. 6657 otherwise known as the Comprehensive Agrarian Reform Law of 1988, is a State policy that promotes the rights and welfare of landless Filipino farmers and farm workers, as well as social justice, in pursuit of sound rural development and industrialization. It is established to help landless Filipino farmers to own directly or collectively the lands they till or, in the case of farm workers, to have a share of the fruits harvested or produced.

It aimed for a nation with equitable land ownership and empowered agrarian reform beneficiaries while, at least, improving social lives. The law was outlined by former President Corazon C. Aquino through Presidential Proclamation 131 and Executive Order 229 on June 22, 1987. The law was finally enacted by the 8th Congress of the Philippines and signed by Aquino on June 10, 1988.

The Philippines has a program called Comprehensive Agrarian Reform Program (CARP) that aims to redistribute all agricultural lands to landless farmers. In December 2008, the budget for CARP has expired and there remains 1. 2 million hectares of agricultural lands waiting to be acquired and distributed to farmers.

Philippine Congress being a landlord dominated institution is reluctant to continue the funding of CARP despite the clear call by farmers and the President to pass a CARP Extension with Reforms law. It was first filed as House Bill 1527 by Akbayan Partylist Rep.

Risa Hontiveros in 2007, it was later substituted by House Bill 4077, also sponsored by Hontiveros and Albay Rep. Edcel Lagman, the version made into law. Its Senate counterpart was Senate Bill 2666, filed by Sen. Gregorio Honasan. 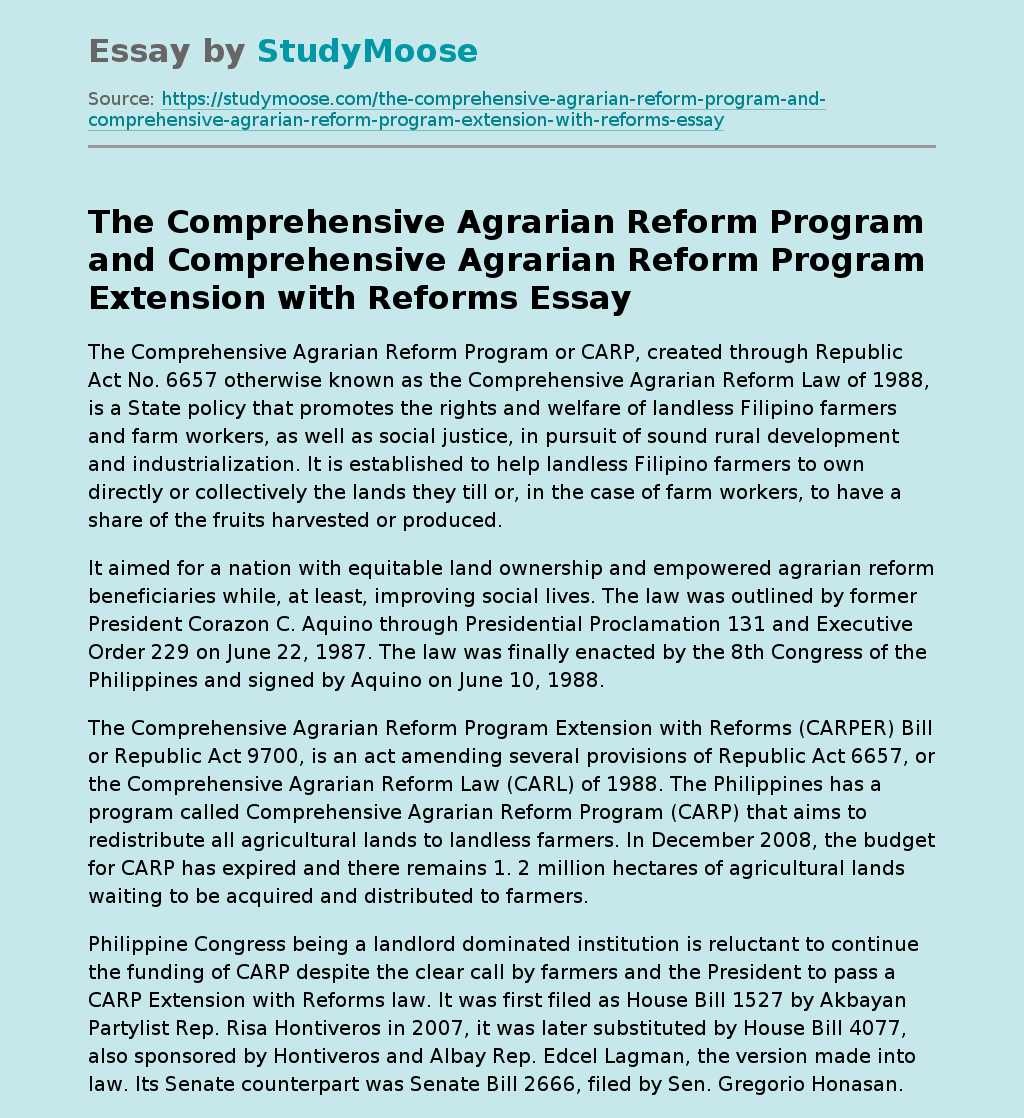