Tata Motors Limited also formerly known as Tata Engineering and Locomotive Company Ltd. (TELCO) founded in 1945 by J.R.D. TATA. It is an Indian multinational automobile manufacturer, establishing its headquarters in Mumbai and this company is a part of Tata group. It has its operations in many Indian states and countries.

This company manufactures cars, trucks, and other engineering products. They set up there 1st research and development center in Jamshedpur in 1959. Before 1990’s Bajaj auto was the market leader in light commercial vehicles but after that time Tata started their innovations in that area which helped them to become the market leader in the Indian automobile market.

Some of the innovations done by the R&D department of TATA are:

So, in my opinion R&D has helped Tata motors a lot to get to the point they are today. Today Tata motors have a 44% market share in the area of domestic commercial vehicle market.

The first R&D institution of Aditya Birla group is the Aditya Birla Science and Technology Private Ltd. the focus of this institution is on architectural, engineering, and other technical activities.

Then the corporate technical and energy services which basically focuses on the conservation of water and energy.

Some other institutions of R&D by Aditya Birla group are:

Some of the innovations that these R&D institutions have come up with are:

Also, there was also a small increase in the year 2001-2002 due to the introduction of Birla white.

Finally, we can see that there is a huge increase in the year 2006 -2007 from the year 2005 -2006 as around this time novelis was started which produces great quality aluminum products.

As we can see the return on asset ratio is the highest in the years 2006-2007 which also tells us that the introduction of the novelis company was a really great step for the company.

In my opinion that R&D has now become a necessity for the companies to move forward. Also, by the research I could observe how much value was added to the company like in the case of tata motors their innovations made them a market leader.

R&D has now become the need of the hour a company has to have a working R&D center to survive in this highly competitive market. 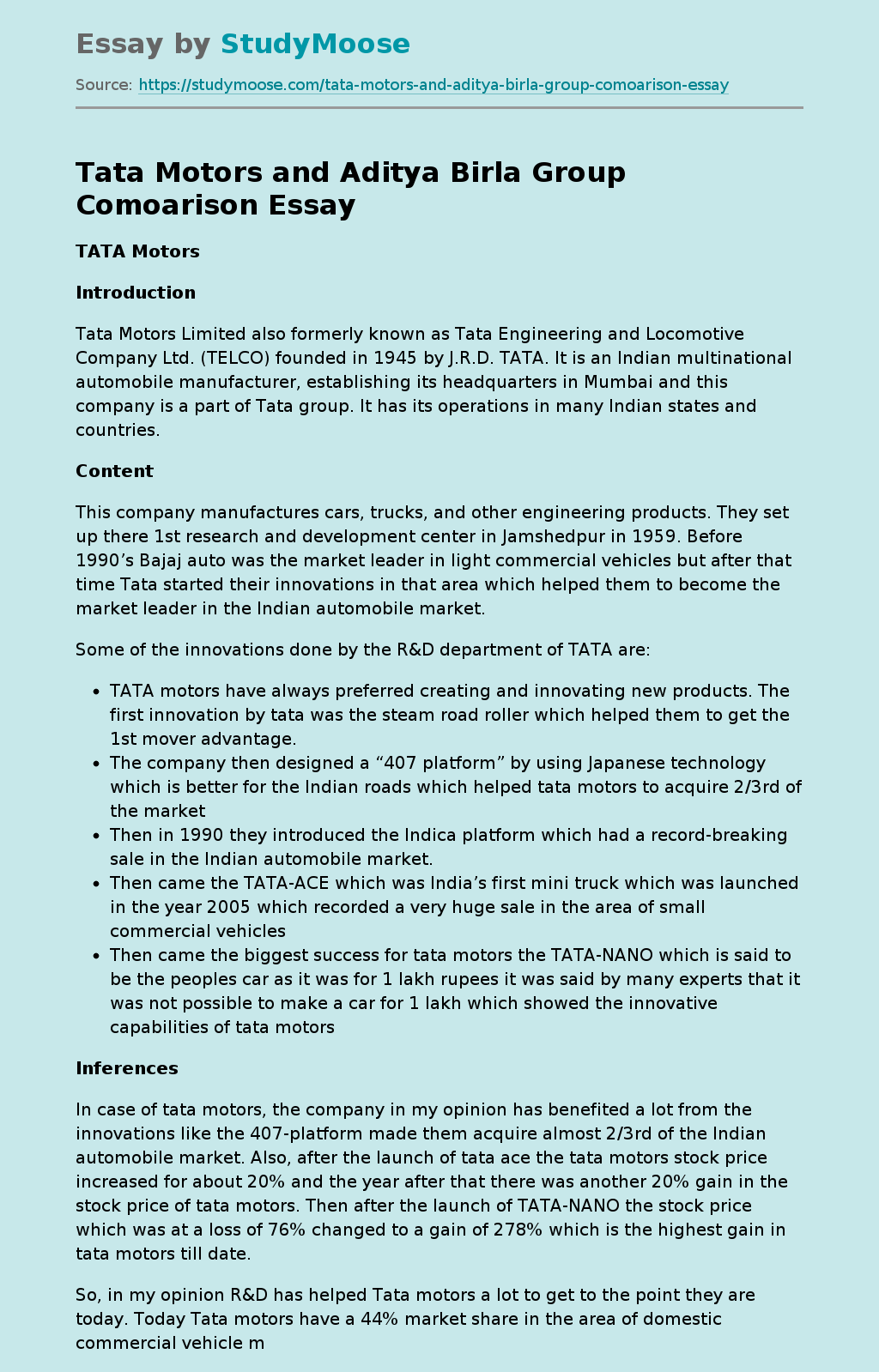