“Ground zero is a great bowl of light, an emptiness that seems weirdly spacious and grand, like a vast plaza amid the dense tangle of streets in lower Manhattan”. This is the feeling the speaker gets when she sees the World Trade Center site for the first time after the attacks on ground zero.

The day on which the speaker went was a cold, damp March morning on the corner of Vesey and Church Streets. At her first glance, ground zero looked like a construction site but then, upon further inspection, it became something more meaningful.

Don't use plagiarized sources. Get your custom essay on
“ Suzanne Berne About World Trade Centre ”
Get custom paper
NEW! smart matching with writer

The sight before her eyes was of a crowd of people craning to see what was left of the World Trade Centers. That day the speaker feels that something is missing, not just the buildings themselves, but the atmosphere around the site was absence  and loss.

She was standing by an older man and his son and she overheard the old man say to his son, “’I watched those towers being built.

I saw this place when they weren’t there”’. This is a big impact because this man saw the towers being built and now that they have been knocked down, he is back again to survey the damage and to once again see a place where there is nothing but devastation and suffrage.

After all this, the speaker went to find tickets to go to St. Paul’s church to get a better look at ground zero. It was around noon when she got in line to purchase tickets, but she realized that the next viewing was at four in the afternoon.

As she was walking back up Fulton Street, which smelled like fish, when she came upon a small deli which advertised that one could see the site from the second story dining area. So she ordered a pastrami sandwich and went on up. She said, “And there at last, I got my ticket to the disaster”.

At the end of the essay, the speaker realizes that in a way a form of repopulation was occurring “by the act of our coming – whether we are motivated by curiosity or horror or reverence or grief or by something confusing that combines them all – that space fills up again”. 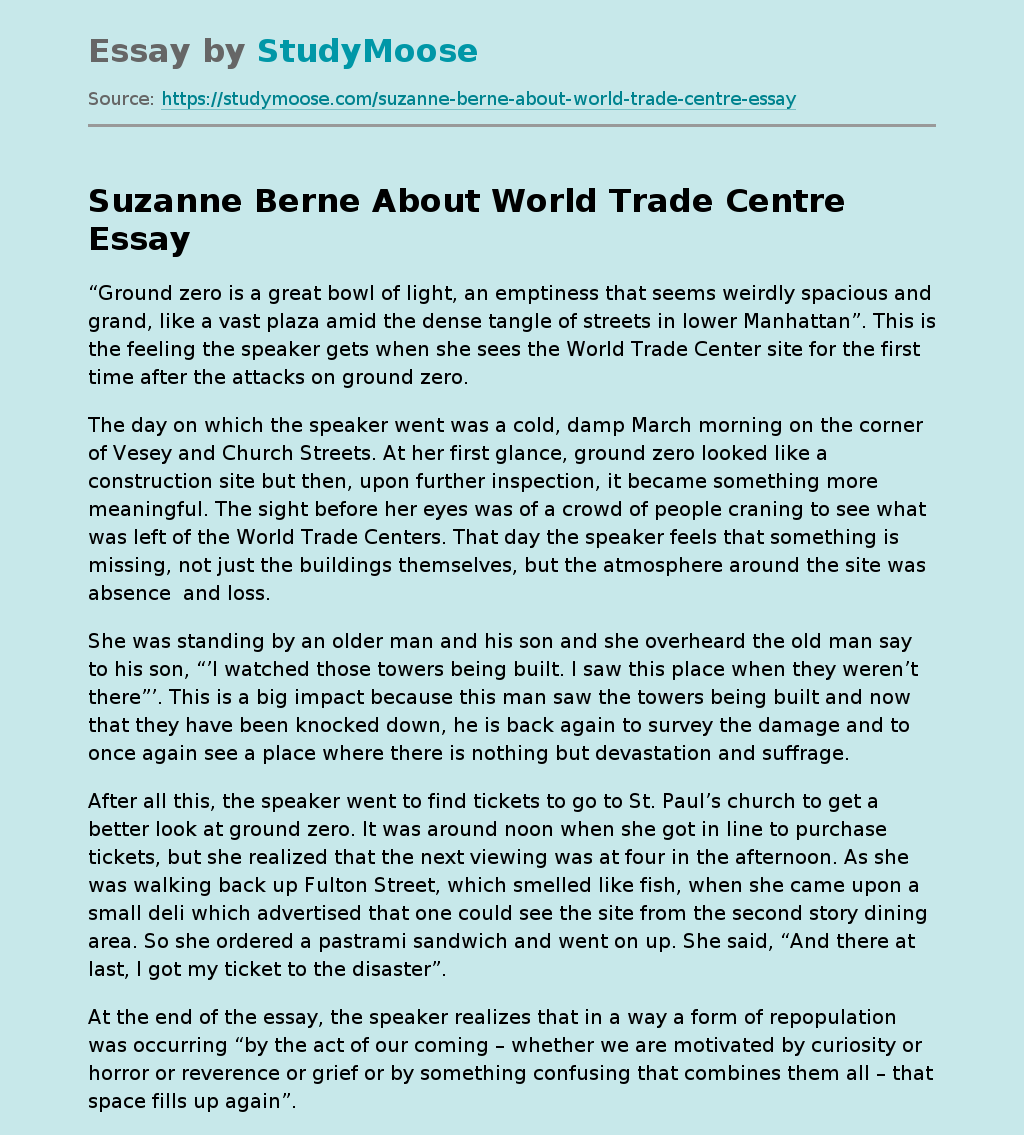