Shakespeare's "Henry IV", the Character Hal, the Prince of Wales

This paper discusses the character Hal, the Prince of Wales, in Shakespeare’s “Henry IV” who undergoes a transformation that can be described as redemption.

Don't use plagiarized sources. Get your custom essay on
“ Shakespeare’s “Henry IV”, the Character Hal, the Prince of Wales ”
Get custom paper
NEW! smart matching with writer

The King realizes that to keep order, a ruler and his heir must prove to be both responsible and honorable; from the outset Hal possesses neither quality. The King even testifies to his own advisor, that he would have rather traded Hal for Hotspur, the son of the Earl of Northumberland. In the King’s eyes Hotspur, not Hal, is the “theme of honor’s tongue” (1.

1. 80), because he has won his glory through his merits in war. Thus, Shakespeare has set Hal and Hotspur in opposition: Hal, the prodigal prince, versus Hotspur, the proper prince. Hal understands that he has been branded with the label, “truant to chivalry,”(5.1. 95) and as the heir to the throne, he realizes that it is imperative that he redeem himself not only for himself, but also for his father and his people because life will not always be a holiday , for “If all the year were playing holidays, To sport would be as tedious as work” (1. 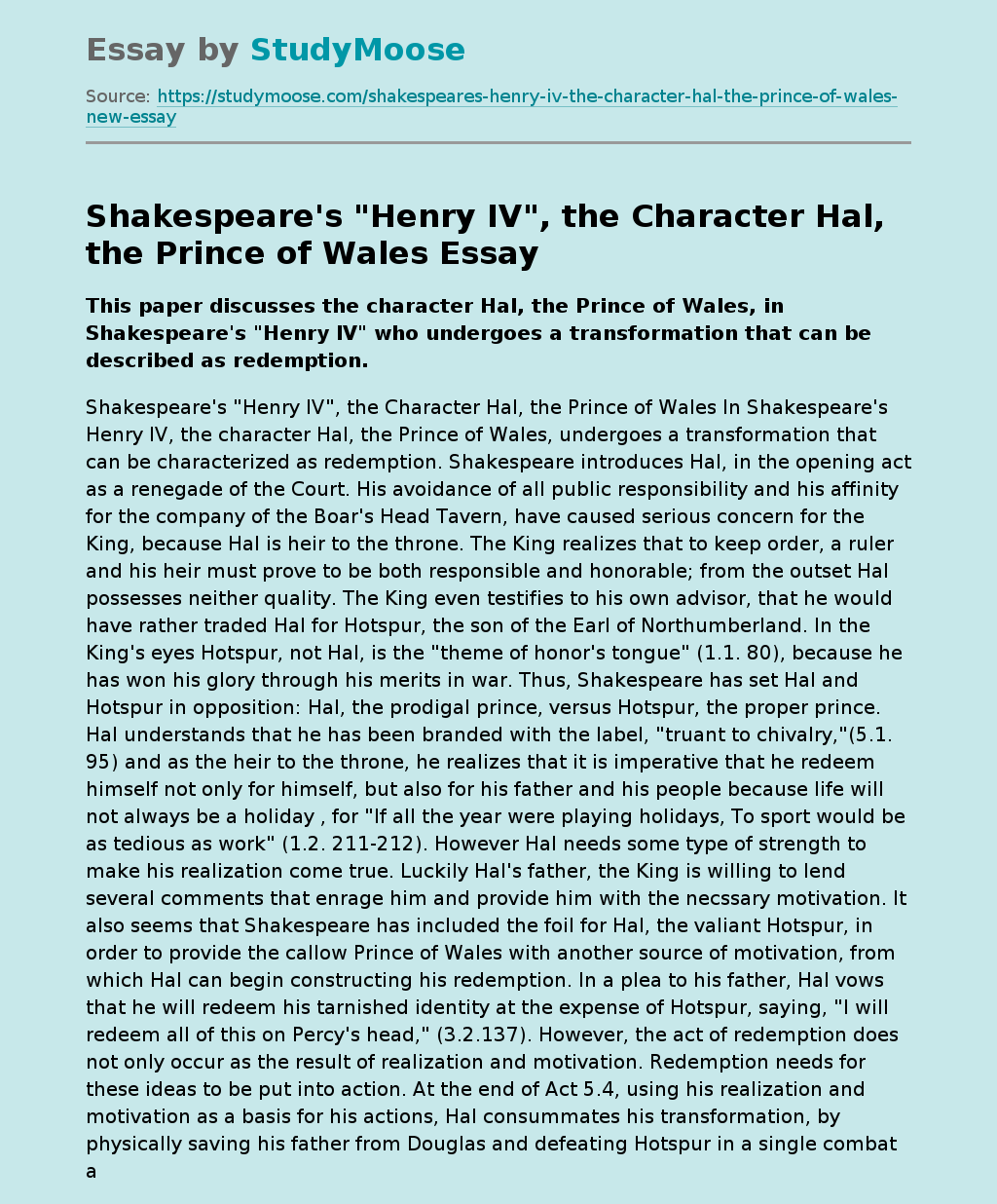