Robert Browning’s “Soliloquy of the Spanish Cloister” is, as the title suggests, the soliloquy of an unnamed monk, complaining to himself against Brother Laurence, another monk whom he has to be cloistered with in the monastery. He accuses the other monk with numerous immoralities and values against their faith and chosen vocation. However, the very offenses that he accuses Brother Laurence with reveal his own violation of each one. The monk’s grumpy mood can be inferred from the non-verbal words in the poem like “Gr-r-r” (line 1) and “Whew!

Don't use plagiarized sources. Get your custom essay on
“ Robert Browning’s Poetry “Soliloquy of the Spanish Cloister” ”
Get custom paper
NEW! smart matching with writer

In spite the anger, the rhyme and rhythm are regular and restrained all throughout, in consistence with the formal and self-righteous personality of the speaker. He remains dignified externally, but seethes inside. Meanwhile, the stanzas enumerate the many accusations the monk levels against Brother Laurence, all of which expose his own hypocrisies. In the fourth stanza, the monk accuses the other of desiring Brown Dolores.

At the same time, he describes her with details that are beyond a cursory description like his comment on her “Blue-black, lustrous steeping tresses…thick like horsehairs” (lines 28-29), revealing his own hidden desires for the woman. In the fifth stanza, he criticizes Brother Laurence’s table manners, how “when he finishes reflection/ Knife and fork he never lays/ Cross-wife” (lines 33-36) like the self-righteous speaker does after meals.

Here he is guilty of thinking badly about his fellow and vanity for thinking he is better than the other man.

He also plans to tempt the other monk with his own copy of a “scrofulous French novel” (line 57), exposing his own lustful preoccupation. The final hypocrisy is shown in the final lines where the monk intersperses his vesper prayers with a curse against Brother Laurence, implicating himself to heresy. 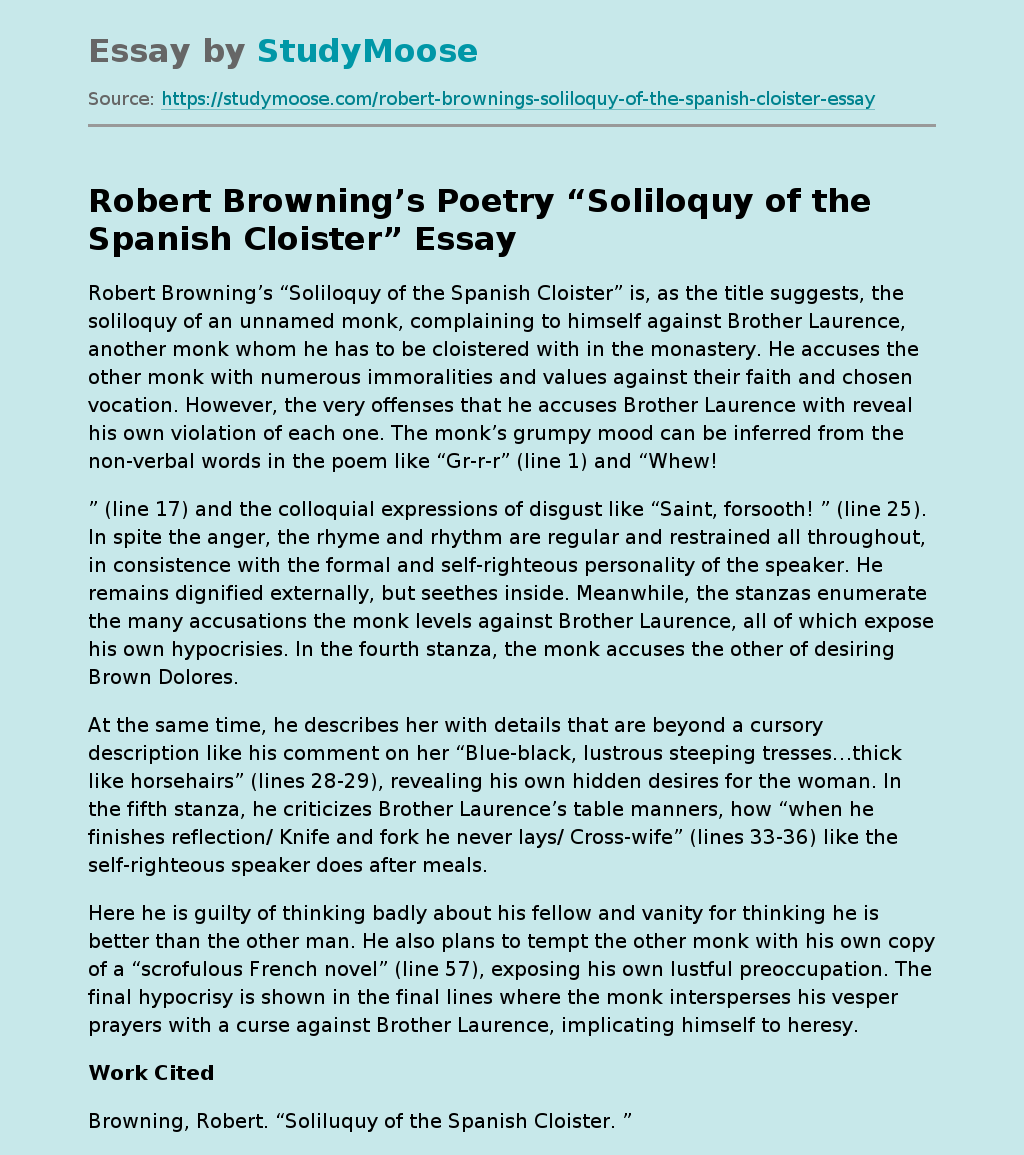