Qualities of a Hero

Sacrifice – is the forfiture of something highly valued for the sake of one considered to have a greater value or claim. Determination – is a fixed intention or resolution; a firmness of purpose or resolve. Loyalty – is the feeling of allegiance or the act of binding oneself to a course of action.

Don't use plagiarized sources. Get your custom essay on
“ Qualities of a Hero ”
Get custom paper
NEW! smart matching with writer

Courage – is that firmness of spirit and swell of soul which meets danger without fear. Dedication – is a selfless devotion; complete and whole hearted fidelity or the act of binding oneself to a course of action. Intrepidity – is firm, unshaken courage.

Valor – is courage exhibited in war, and can not be applied to single combats. Selfless – is the quality of unselfish concern for the welfare of others and acting with less concern for yourself. Conviction – is a fixed or strong belief; a necessity of the mind or an unshakable belief. Focused – is the ability to direct one’s energy toward a particular point or purpose; to concentrate one’s energy.

Gallantry – is adventurous courage, which courts danger with a high and cheerful spirit. Perseverance – is a persistent determination.

Fortitude – has often been styled “passive courage,” and consists in the habit of encountering danger and enduring pain with a steadfast and unbroken spirit. Bravery – is daring and impetuous courage, like that of one who has the reward continually in view, and displays his courage in daring acts. So what are the characteristics of a hero?

A hero is willing to face his fears, and meet them head on. He or she is willing to make hard decisions, even when the likely outcome is grim.

He’s committed to a notion of what is right or just, and has the determination to keep pushing forward no matter what.

An example of a courageous hero is Frodo Baggins in The Lord of the Rings. He’s determined to journey into the Dark Lord’s stronghold, because it’s the only way to save his homeland. Along the way he loses most of his companions, and things keep getting worse. Still, he keeps pushing forward, one painful step at a time, because it’s the right thing to do.

A hero is very good at something. He possesses an important skill which makes it possible to face overwhelming odds and have a chance of success.

Frodo is unusually skilled in languages and lore. Aragorn is a talented swordsman with the power to heal others. Harry Potter has uncanny prowess in riding a broom and learning the magical arts.

Frodo journeys to the heart of Mordor, knowing that the quest will claim his life. Aragorn leads a suicide mission to the Black Gates, trying to buy time for the ring bearer. Harry voluntarily surrenders himself to Voldemort, giving his life to save his friends.

There is something about the hero which makes him the right person to meet the challenge. He is destined to face the source of the danger, and is especially suited to do so. This could be due to heredity, history, prophecy or the will of God.

Harry Potter’s parents were slain by Voldemort, with whom he shares a psychic bond. Aragorn is the heir to the throne of Gondor, and must reclaim his kingdom. Frodo Baggins inherited the ring, and is told by Gandalf that providence meant for him to bear it.

Every hero has a wound. Like their villain counterparts, heroes are scarred in some significant way, either physically or emotionally. Often the wound takes the form of a fatal weakness, making the hero vulnerable and imperfect.

Aragorn is plagued by self-doubt, and blames himself for the fellowship’s misfortunes. Harry Potter is literally scarred by Voldemort as an infant. Frodo becomes enslaved to the power of the ring, which results in the disfigurement of his hand.

These characteristics are common among most heroes, and are a starting point for creating a heroic character. However, this list is not exhaustive. The are other qualities of a hero which I haven’t included. 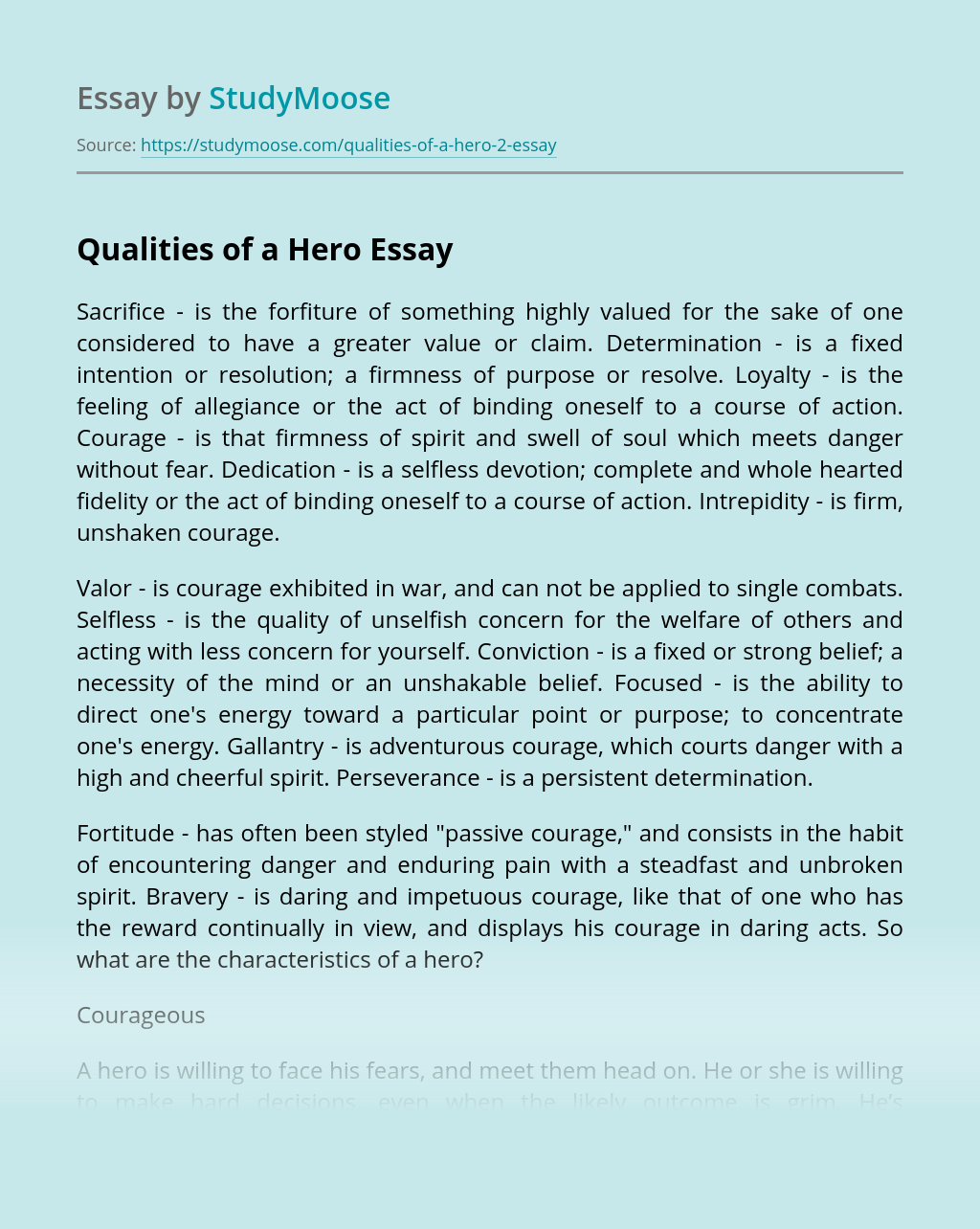