This case paper addresses the demonstration of General “Billy” Mitchell’s USAF core values of service before self and integrity. General Mitchell displayed these core values in the face of adversity. He was one of the few airmen who knew the potential of the airplane and fought for his beliefs, even at the cost of his own career.

General Mitchell exhibited great courage and placed his service before himself during interservice rivalries following World War I. Even though he knew that his views would be greatly opposed, views that the Navy was obsolete, the Army was not fully effective without an “air force”, and that the air service was an offensive force equal to the other services, he presented his opinions to congress.

Don't use plagiarized sources. Get your custom essay on
“ Position paper on General “Billy” Mitchell ”
Get custom paper
NEW! smart matching with writer

He challenged the Navy and proved the effectiveness of air power by sinking Navy battleships. The General’s defiance and outspoken beliefs infuriated many leaders of the Navy and Army. In 1925, his insistent attempts for a separate air force resulted in a demotion to Colonel.

Later that year, the dirigible Shenandoah crashed. General Mitchell blamed military leaders for “incompetence and criminal negligence”. This outcome of his accusations was his own court martial on October 25, 1925.

General Mitchell represented integrity and perseverance by continuing his crusade for a separate air force, despite the setbacks he had endured. He met with public leaders and tried to gain support for his campaign. He improved his doctrine of air power, concepts and strategy, and he published material supporting strategic bombing. General Mitchell is a hero in USAF history.

He manifested the core values of the USAF to the highest degree, reflecting great credit upon himself. His work opened the eyes of many that were blind to the impending importance of airpower and ultimately paved the way for a separate, independent, United States Air Force. 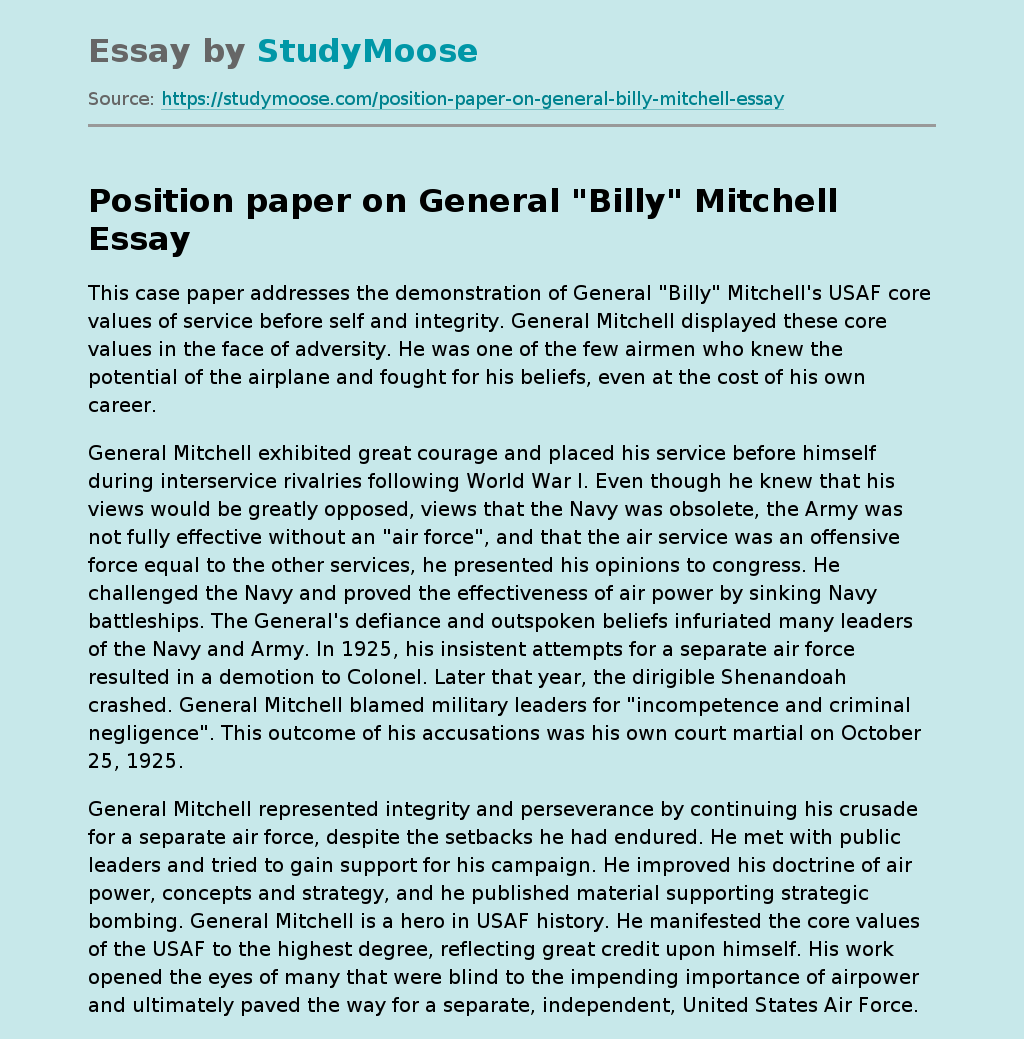