Population should be controlled for a number of reasons. Firstly, the resources are limited and are running out. Secondly, shortage of finances is a result. However, it is considered an unethical practice in some religions and abortion is strictly prohibited. Moreoever, it adds to the GDP as more is demanded consumed and produced. Beginning on this topic, first and foremost reason as to why population should be controlled is because natural resources are running out. Not everybody has access to these resources and the reason is ‘over population’.

Don't use plagiarized sources. Get your custom essay on
“ Population Control ”
Get custom paper
NEW! smart matching with writer

1/3rd of the people don’t have access to safe drinking water. Secondly, population should be controlled because it results in our people being even more illiterate. People who do not have the financial means to support a family should limit the amount of children they have because they’re not looked after, not well nourished and most importantly results in the infant mortality rate. In other words, too many people can harm the other people in every aspect because their needs will not be answered and looked upon.

If the population is well controlled, everyone can maintain a certain standard of living.

Some argue that population growth is essential and generates income. As more people are born more will be demanded and purchased eventually. This results in the generation of incomes all over the world which is why some countries don’t restrict this practice. In addition to this, restricting the population is considered to be unethical according to some religions.

Especially Islam and Christianity donot give the right to abortions and/or divorces. Hence it is very essential to control population in order for other people to receive resources.

If there is too much population, it will eventually result in harming everyone rather than benefiting them. It will cause a drastic change In the country’s economy and environment. In order to save our environment from destruction, population MUST be controlled in a sensible way. British broadcaster and naturalist Sir David Attenborough had once said: “Instead of controlling the environment for the benefit of the population, maybe we should control the population to ensure the survival of our environment”. Overpopulation and over consumption are therefore the root problems that need to be looked after. 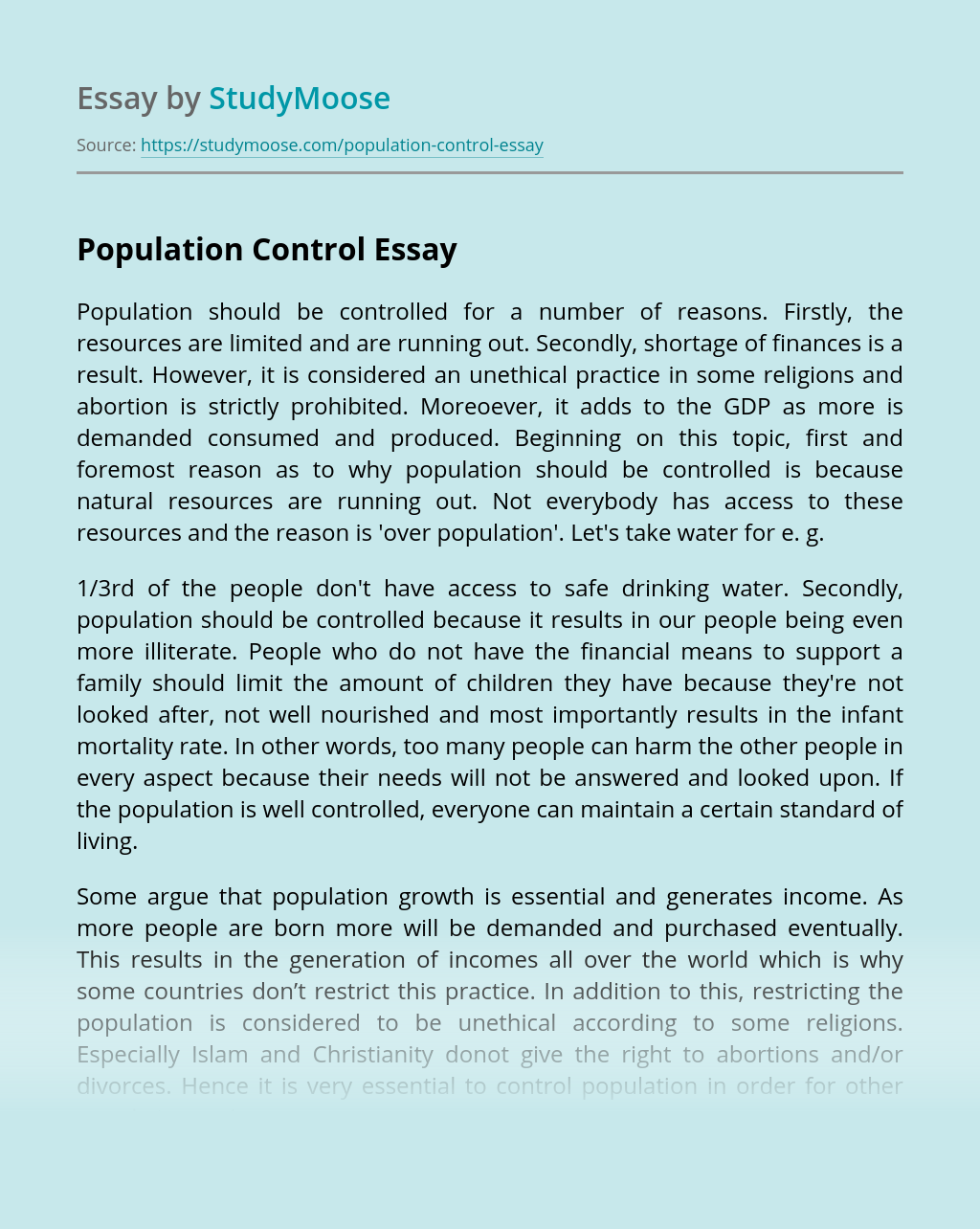