Observational research, also known as field research, pertains to a research approach that engages in the direct recording of a phenomenon as it occurs in its natural condition (Zechmeister et al. , 2003). This research approach is distinct from the other research methods because it employs a quasi-artificial scenario that is comprised of a number of factors, of which some could be controlled. The capacity to control at least one of the factors in the environment allows the researcher to perform the scientific method that would answer the developed hypothesis.

Don't use plagiarized sources. Get your custom essay on
“ Observational research ”
Get custom paper
NEW! smart matching with writer

The overt type of observational research allows the researchers to identify themselves to the study participants.

In addition, the researchers are also required to fully disclose the purpose of their investigation to the study participants. One disadvantage that is strongly associated with the overt type of observational research is the impact of the disclosure on the behavior of the study participants during the entire experimental period. It is actually natural for an individual to be watchful of their actions when they are aware that at least one individual is observing their behavior.

Researcher participation is another observational type of research approach that engages the investigator in the scenario that is being studied. One advantage of this type of observational technique is that the investigator is allowed to directly interact and to directly appreciate an incident that is being studied. Aside from taking notes of the effects and reactions of the study participants, the researcher also interacts with the rest of the scenario and regards himself as another study participant in the investigation.

One disadvantage of this observational type is that the investigator may lose track of the goals of his research study because he becomes extremely engrossed in the activities occurring in the study scenario. In the observational study described in this unit, the covert approach was employed, wherein the investigator directly interacted with 50 study participants with their knowledge of his role and his goals in the interaction. 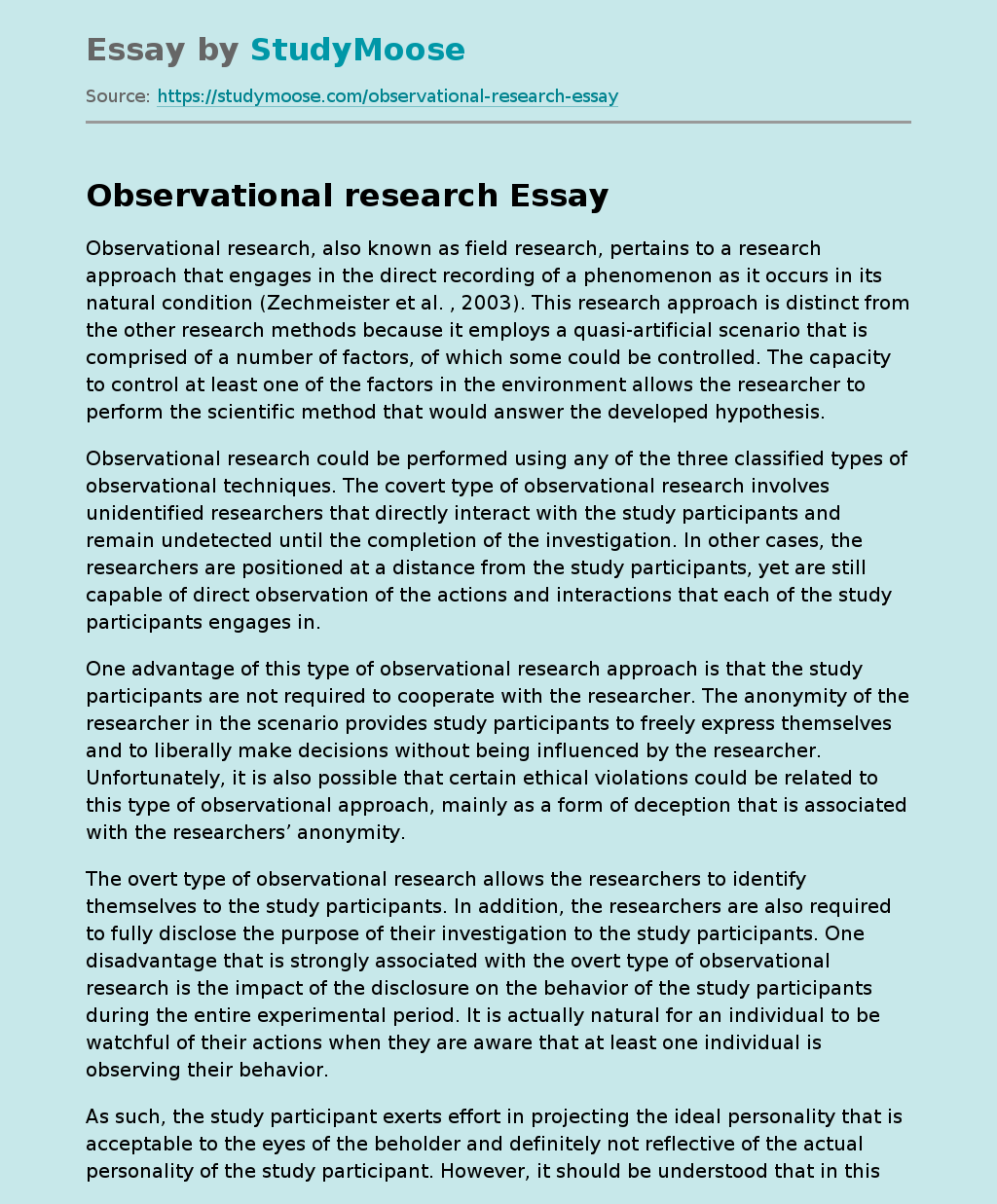