Explain the following concepts: a term, a coefficient, a constant term, and a polynomial.

A polynomial in a variable x is a sum of terms of the form axn, where a is a real number and n is a whole number. Therefore, we can conclude that expression 4x² + 7x − 8 is polynomial in x. This polynomial has three terms.

What is the difference between a monomial, a binomial, and a trinomial?

Give an example to show how to:

Here we must distribute first 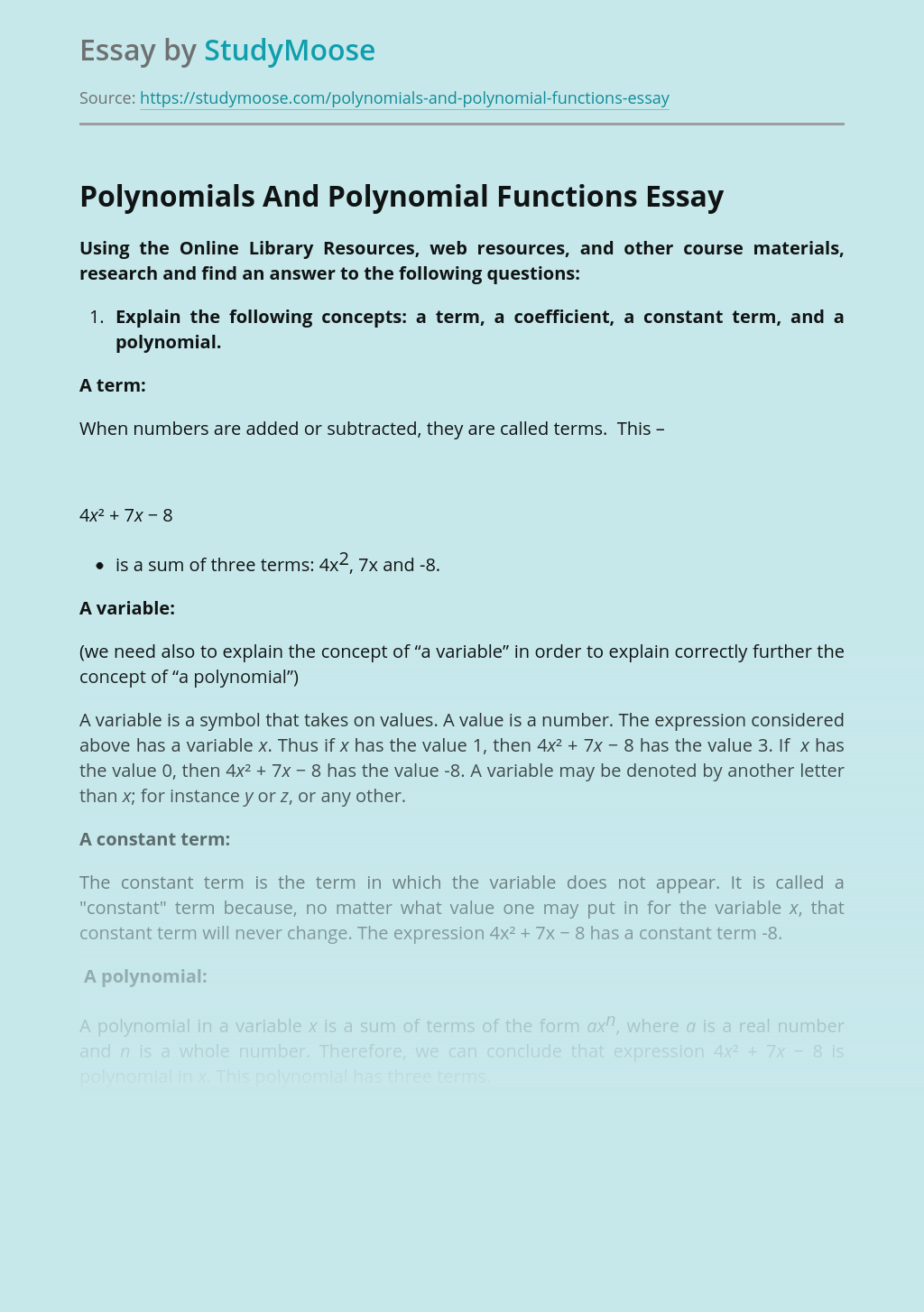 Turn in your highest-quality paper
Get a qualified writer to help you with
“ Polynomials And Polynomial Functions ”
Get high-quality paper
Helping students since 2015
Stay Safe, Stay Original