A cell may be defined as the basic unit that supports life. Organisms are usually made up of one or several cells. The cell membrane, or the plasma membrane, is common to all cells. The membrane is a thin and fragile structure, usually between 5 to 10 nm (nanometer) wide that separate cells from the surrounding environment. Because the plasma membrane is extremely thin, no hint may be detected when a cell section is investigated under a light microscope. It was not until during the 1950s that methods and techniques for staining tissue reached the point where the cell membrane could be resolved using the electron microscope (Karp, G.

Don't use plagiarized sources. Get your custom essay on
“ Plant And Animal Cell Membranes ”
Get custom paper
NEW! smart matching with writer

2009, 117). There are two principal functions of the plasma membrane. The first includes separating the cell contents from those of the surrounding by regulating what enters and comes out of the cell. It also plays an important role in the protection of the integrity of the contents of the cell through selective permeability. The fluid mosaic model depicts the cell membrane structure as being flexible and having the consistency of vegetable oil such that individual molecules are suspended and float in a fluid medium in a manner that permits sideways movement within the cell membrane.

Transport in and out of the cell membrane

How substances can pass through using passive and active transport

While the cell membrane often acts as a barrier it does so selectively. A developing cell membrane can allow some molecules to carry materials through while at the same time constrain the movement of other molecules.

Thus, cell membranes are semipermeable barriers that separate the inner and outer cellular environment. These substances can through the membranes by active and passive transport.

In passive transport, the cell does not provide any energy input because the molecules cross the plasma membrane by using their own kinetic energy. Passive transport can take place through diffusion, filtration or osmosis. Diffusion takes place when the molecules move from an area of high concentration to that of low concentration as in the case where oxygen moves from the alveoli across the membrane into the bloodstream. Osmosis occurs when water molecules diffuse across a membrane depending on the concentration of substances while filtration which occurs as a result of pressure of a substance that pushes the molecules through the cell membrane.

An example is the electron transport chain where electron is transferred by a string of compounds from electron donors to electron acceptors through systematic redox reactions. This, combined with proton transfer across the cell membrane, leads to the creation of an electrochemical gradient of the H+ ions which drives synthesis of ATP. Molecular oxygen is the final electrons acceptor in this electron transport chain as seen below.

Membranes are closely involved in energy transduction, which is the process of conversion of energy from one form to another (Lengeler, J. W., Drews, G., & Schlegel, H. G. 2009, 68). The most basic energy transduction takes place during photosynthesis when membrane-bound pigments absorb energy from the sun and converts it into chemical energy that is then stored in carbohydrates. Membranes also aid in transferring energy from fats and carbohydrates to ATP. The mechanism for such energy transfer is contained within mitochondria and chloroplast membranes in eukaryotes (Lengeler, J. W., Drews, G., & Schlegel, H. G. 2009, 68). Because membranes are not permeable to most solutes, gradients may be established between extracellular and intracellular sections. Such gradients act as forms of energy depositories that can be utilized for thermodynamic work. In addition, ion gradients across the membrane establish electrical gradient that act as capacitors and resistors. With these conditions, the membranes serve as sites for energy transduction in which chemical gradients are converted into electrical ones. The resultant energy stored in membranes may be utilized in transporting solutes counter to the gradients, regulating pH, producing ATP, as well as producing action potential.

How Nucleic Acids are used in Cells

Nucleic acids, which include RNA (ribonucleic acid) and DNA (deoxyribonucleic acid), have different roles in the cell. They permit organisms to transfer their genetic code between generations. During cell division, the cell’s DNA is passed to the new cell generation through duplication (Starr, C., Evers, C. A., & Starr, L. 2010, 169). DNA resides within the cell nucleus and is usually organized into chromosomes. It contains the programmatic commands required for cellular activities. These commands are passed down to an offspring in the form of DNA. Conversely, RNA is important in protein synthesis and is an essential component of cell ribosomes. Genetic information is normally passed from DNA to RNA and finally to the resultant protein (Starr, C., Evers, C. A., & Starr, L. 2010, 169). It is imperative to remember that nucleic acids are made up of nucleotide monomers that contain three parts, which include a phosphate group, a fine carbon, and a nitrogenous base. Nucleotides are connected together through dehydration synthesis, in the same manner as carbohydrates and protein monomers are linked through dehydration synthesis. In the dehydration synthesis of nucleic acid, nitrogenous bases are linked together, and the loss of water molecule occurs in the process. However, it is important to note that some nucleotides such as ATP carry out essential cellular functions as individual cells.

The Process of Cell Division

The term “cell division” is used in referring to mitosis, a process through which new body cells are made. However, meiosis is another type of cell division involved in the creation of sperm and egg cells (Starr, C., Evers, C. A., & Starr, L. 2010, 184). This section will discuss mitosis, which is an essential process for life. The cell usually produces its own replica during mitosis, including its chromosomes. In the process, it splits to produce two like or identical daughter cells. Since this process is usually extremely critical, several genes mediate the steps involved. When cell division is not regulated in a proper manner, health conditions such as cancer may occur. The most remarkable thing about mitosis is the fidelity and conformity with which the DNA is transferred from generation to generation, without any dilution or error whatsoever (Starr, C., Evers, C. A., & Starr, L. 2010, 169). Cell division occurs through a series of accurately timed and closely regulated growth stages, DNA replication, and division, which generates two identical cells. Cell growth and DNA duplication usually occurs during interphase, which is usually followed by the mitotic phase. The duplicated chromosomes undergo segregation and are distributed into the resultant daughter nuclei during the mitotic phase. In addition, the cytoplasm is also divided, producing two daughter cells.

Interphase is quite an important stage in the cell cycle because it enables the growth and development of a cell into maturity. During this period, the cell size doubles through growth as the cell engages in normal activities like the transportation of materials in and transportation of wastes out. In addition, cell respiration also occurs during interphase and in so doing supplies energy needs to the cell. These changes that take place during interphase prepare the cell for division. Interphase is also a period where the appropriate components of the cell are copied and a time to spot check to ensure that the cell is indeed ready to proceed to mitosis. All the above stages serve as spot checks and if not, the cell will use this time either for correcting, duplicating intracellular components of completing the synthesis of DNA.

Cancer cells are those that divide and multiply at a quick and unregulated pace. A number of differences exist between normal cells and cancer cells. While some of these differences are well known, others have only been discovered in recent times and are not well understood. First, normal cells usually stop reproducing or growing when the set threshold is attained. However, cancer cells continue to grow even when enough cells are present, which results tumor being formed (Pelengaris, S., & Khan, M. 2013, 291). Cancer cells do not have the capacity for normal interaction with other cells. While normal cells react to signals from neighboring cells and stop multiplying, cancer cells are incapable of this kind of response. Normal cells undergo either repair or death (apoptosis) when they become old or damaged. Conversely, cancer cells can neither be repaired nor undergo apoptosis (Pelengaris, S., & Khan, M. 2013, 291). Normal cells usually look very dissimilar from cancer cells. Unlike normal cells, cancerous cells usually display inconsistency and unevenness in terms of size and shape. Some are usually smaller while others are larger than normal. Their shapes are abnormal, in terms of both the cell and the nucleus. Malignant cells grow rapidly and leave no room for the cells the body needs such as RBC’s for O2 and WBC’s for infection. The chemicals used to kill the cancer cells kill all the needed cells as well. The cancerous growth of cells continues to grow, and can metastasise too many other parts of the body. Cancer could also spread to your brain and cause hemorrhage and seizures. Also the tumor requires a lot of blood, so it can decrease hemoglobin drastically if it is advanced enough. 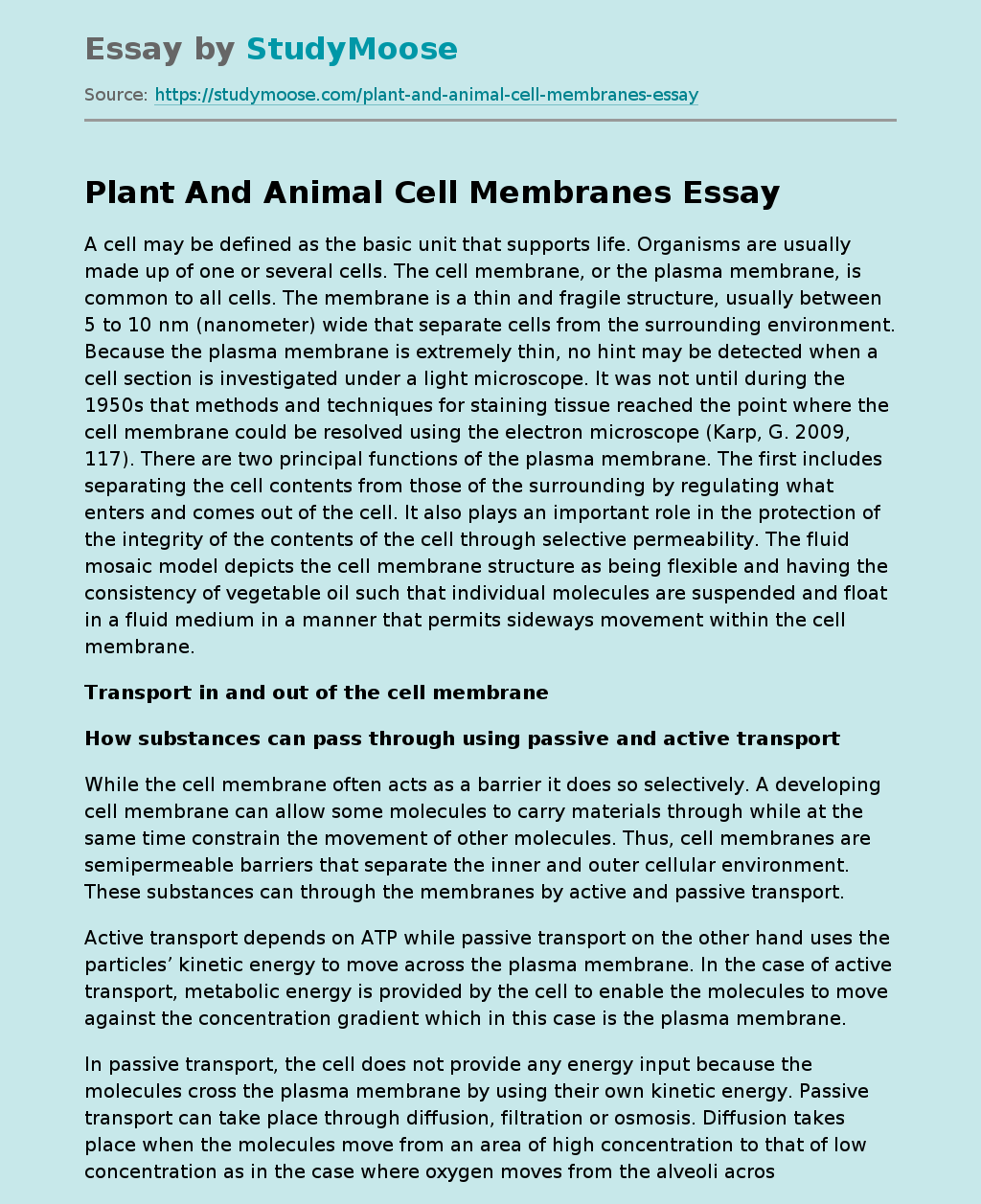