The audience intended for the song is the United States President George W. Bush. Pink stated it was written as an open letter to the president, one of the most important songs she had ever written and was not to be seen as a song just for attention. This song voices many problems occurring in the United States; homelessness,” What do you feel when you see all the homeless on the street?” The war, “How do you dream when a mother has no chance to say goodbye? /Rebuilding your house after the bombs took them away”.

His anti-abortion and anti-gay rights policies,” What kind of father would take his own daughter’s rights away? And what kind of father might hate his own daughter if she were gay?” Which also has Pink asking what the first lady has to say do to Bush’s Vice President whose daughter is gay. The No Child Left Behind Act which failed do to no continued funding from Bush,” How can you say No child is left behind? We’re not dumb and we’re not blind.

” and other social issues. Pink also brings up a part of the presidents corrupted past that now him and his supporters ignore, “You’ve come a long way from whiskey and cocaine.”

” The reuse of words in the song also supports the emphasis on the ideas and the tone she uses to sing the different parts of the song. Pink has put much emotion into this song, she wrote and sung from her heart on her feelings about the problems in our country. The lyrics to the song are very powerful to me but the phrase that gets me thinking the most is, “What do you feel when you look in the mirror? Are you proud?” It makes me wonder if the President ever takes time out of his busy day to really think about what is wrong in our country and what he could do to make it better. 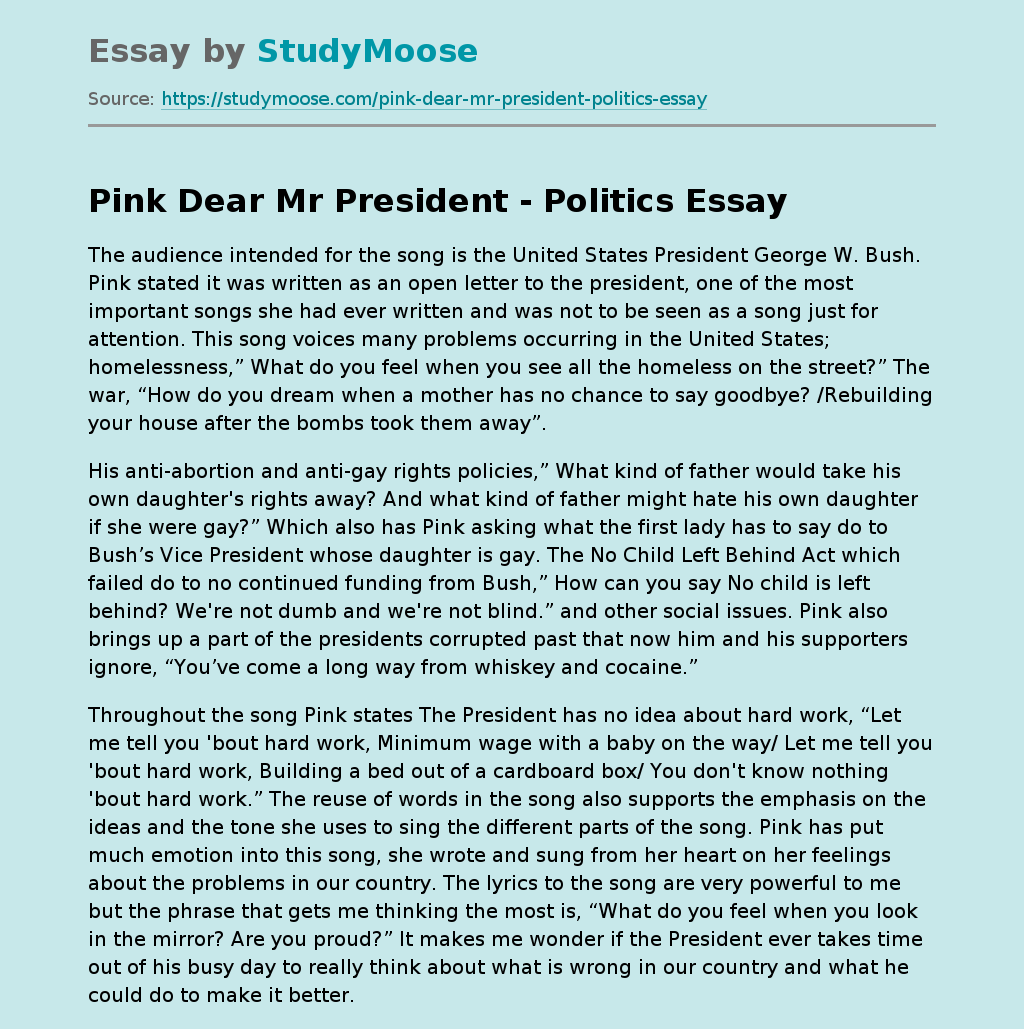