Pan-africanism has a dual character: it is at the same time (i) an international political movement and (ii) a socio-political world-view, a philosophical and cultural umbrella concept, which seeks to correct the historical and cultural outrage that Europe has perpetrated on the continent during the past several centuries.

As an international movement, the term denotes the forward-looking elements in Africa that have as their common goal the unity of all Africans and the elimination of colonialism and white supremacy from the continent.

Don't use plagiarized sources. Get your custom essay on
“ Pan-African Movement ”
Get custom paper
NEW! smart matching with writer

The First Pan-African Congress was held in London in 1900, and was followed by others in Paris in 1919, in London and Brussels (1921), London and Lisbon (1923), and in New York City in 1927. These conventions were organized chiefly by W. E. B. Du Bois[1] and attended by the North American and West Indian black intelligentsia. These, however, did not propose immediate African independence, rather, they favored gradual self-government and ‘interracialism’.

In 1944, several African organizations in London joined to form the Pan-African Federation, which for the first time demanded African autonomy and independence.

The Sixth Pan-African Congress was convened  in Manchester, England,  in 1945,  to which came future political leaders of Africa such as Jomo Kenyatta of Kenya, Kwame Nkrumah of the Gold Coast, S. L. Akintola of Nigeria, and Wallace Johnson of Sierra Leone.  At the Manchester congress, Nkrumah founded the West African National Secretariat to promote a so-called ‘United States of Africa’.

Pan-africanism can also be considered as an intergovernmental movement; which was launched in 1958 with the First Conference of Independent African States in Accra, Ghana.

Ghana and Liberia were the only sub-Saharan countries represented; the rest were Arab and Muslim.

In 1963 the Organization of African Unity (OAU) was founded to promote unity and cooperation among all African states and to bring an end to colonialism; and by 1995, it had 53 members. The OAU struggled with border disputes, aggression or subversion against one member by another, separatist movements, and the collapse of order in member states.

One of its longest commitments and greatest victories was the end of apartheid and the establishment of majority rule in South Africa. Efforts to promote even greater African economic, social, and political integration led to the establishment in 2001 of the African Union (AU), a successor organization to the OAU modeled on the European Union. The AU fully superseded the OAU in 2002, after a transitional period.

Pan-Africanism is also a sociopolitical world-view, which seeks to unify and uplift both native Africans and those of the African Diaspora, as part of a “global African community”.

As originally conceived by Henry Sylvester Williams of Trinidad, pan-Africanism referred to the unity of all continental Black African cultures and countries. The concept soon expanded, however, to include all Black African-descended people worldwide, who had been dispersed to the United States of America, the Caribbean, Latin America and even parts of the Middle East and South Asia through the trans-Atlantic and Islamic/East African slave trades and, later, immigration.

More recently, the term has expanded to encompass the Dravidian Blacks of India, including the Tamil, Siddi, Kamil, Kanikar and others; the Andamanese Island Negritos and the Black aboriginal populations of Australia, New Guinea and Melanesia. Pan-Africanism as a movement actually began in the West Indies, not Africa. Williams coined the term at the 1900 Pan-African Congress. To date, the Afro-Jamaican Marcus Garvey[2] has led the largest pan-African movement in world history with his UNIA-ACL organization that he founded in Kingston, Jamaica in 1912, and ‘Garveyism’ quickly spread in the United States when he moved his headquarters to Harlem in 1914.

Pan-Africanism in essence means the unity of all Black African descended people worldwide irrespective of ethnicity/culture or nationality. The Rastafarian movement of Jamaica grew out of pan-Africanism, when Marcus Garvey declared ‘look to Africa for the crowning of a Black king’; the Rastas looked to Haile Selassie I of Ethiopia. (Ironically, Garvey criticized Selassie on many issues).

Also a branch of the pan-African movement is the Afro-centric movement, of whom Cheikh Anta Diop and his ‘idealogical son’ Molefi Kete Asante are the champions. This movement centers on reexaming African history from a pro-African perspective as opposed to the a pro-European one, a return to traditional African concepts and culture and often espouses the view that Egypt and some other civilizations were and should be acknowledged as having Black African origin. Also associated with pan-Africanism is Black Nationalism.

During apartheid in South Africa there was a Pan Africanist Congress that dealt with the oppression of Black South Africans under White apartheid rule. Other pan-Africanist organizations include Garvey’s Universal Negro Improvement Association-African Communities

Pan-Africanism is often criticized for overlooking the cultural and ethnic differences as well as different socio-political circumstances.

Role of Pan-africanism in the modern history of Africa

The role that pan African movement has played in minimizing inter-governmental conflicts and ‘civil war’- like situations in some African countries has been very significant. The restriction of the page limit for the essay does not permit me to go into the details of these conflicts. However, the pivotal role that the movement played in the proposals to reform the United Nations Organization deserves more than a cursory mention.

The campaign for the proposed reforms of the United Nations Security Council (UNSC), while producing fireworks around the world, has also opened up old historical wounds and heightened regional rivalries in Africa.

The hottest rivalries have been in Asia, particularly between India and Pakistan, and between Japan, South Korea and China, but Africa has also exhibited some kind of divisions along regional and language lines as countries scramble for permanent seats in the Security Council.

African countries jockeying for the permanent seats have been South Africa, Nigeria, Kenya, Egypt and Libya. To that list, Senegal has been the latest addition, The African Union (AU) is flummoxed as to which of its member states to endorse, and has yet to establish the criteria to be used for selecting African countries to the reformed Security Council. The entry of Senegal into the race has only increased the dilemma, and is an indication of the AU’s indecision. In creating this leadership vacuum, the AU is leaving the selection of who will represent Africa on the expanded UN Security Council to be determined by foreign busybodies and regional power struggles.

A working group that was appointed in January 2005 during the Abuja Summit of the African Union to make recommendations on the proposed UN reforms presented its report to the Foreign Ministers on March 7, 2005 in Addis Ababa, but was deafeningly silent on the selection criteria for Security Council permanent seats.

What the AU stands to gain from a reformed Security Council

According to the “Ezulwini Consensus,” which was adopted by the AU Foreign Ministers as Africa’s common position on UN reform, “Africa’s goal is to be fully represented in all the decision-making organs of the UN, particularly in the Security Council, which is the principal decision-making organ of the UN in matters relating to international peace and security.”

Many observers feel that the UNSC is now more important than ever to Africa, particularly concerning matters of intervention in the conflicts occurring within the region. A consensus as to the criterion of UNSC membership is the least expected of the African States. 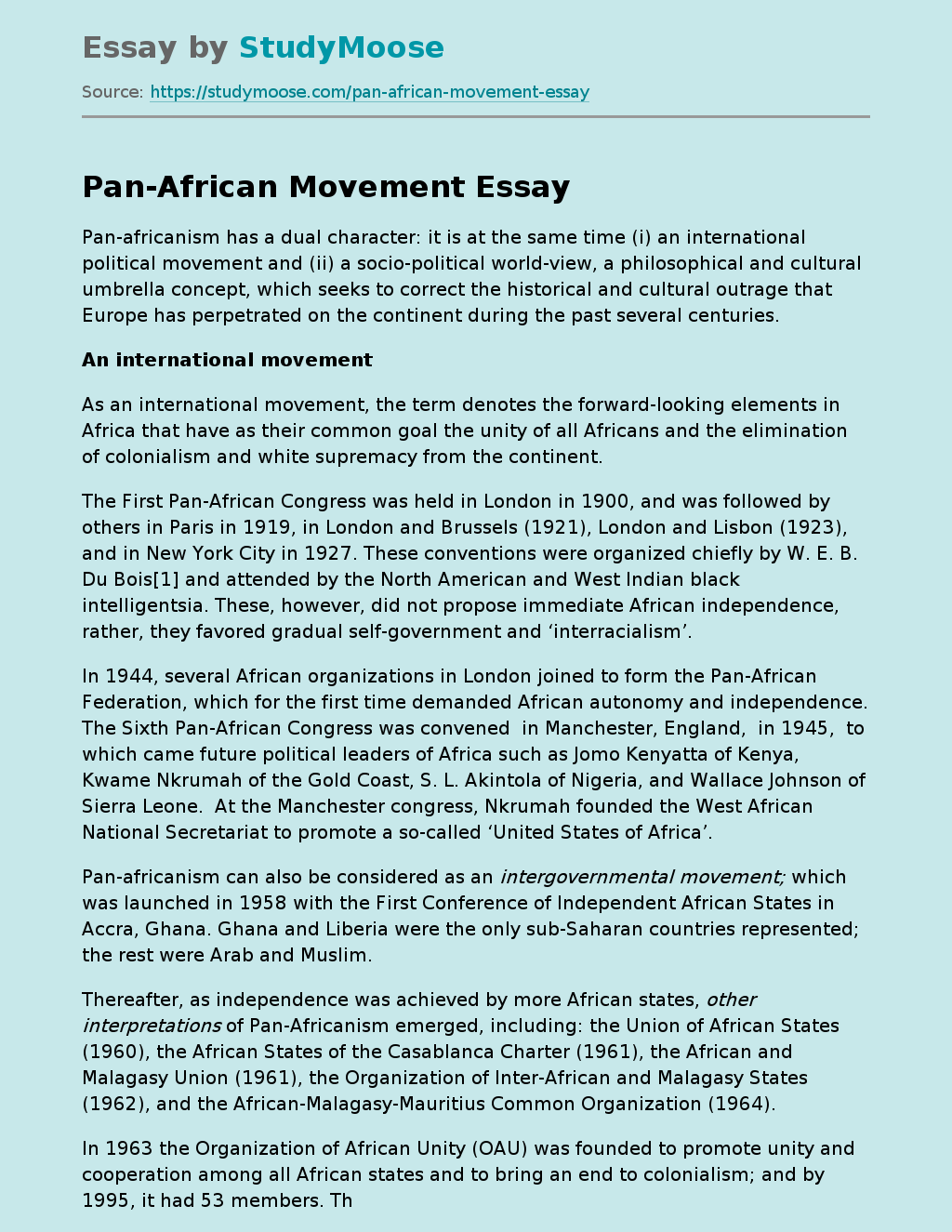