Outline the Contribution of Lev Semenovich Vygotsky in Psychology and Evaluate his Influence on the Field .

The middle-class Belorussian Lev Vygotsky was born in 1896 in Orsha the United Bank of Gomel, the family moved to Gomel upon the father’s promotion. Vygotsky and the family’s other children were given a stimulating and enriching environment by their mother, a qualified teacher and private tutor. He later entered secondary school education. He was an excellent student, with an outstanding reading speed and memory.As a result of anti-Semitism at the time, it was debatable whether he would able to enroll as a student at the University of Moscow.

Don't use plagiarized sources. Get your custom essay on
“ Outline the Contribution of Lev Semenovich Vygotsky in Psychology and Evaluate his Influence on the Field . ”
Get custom paper
NEW! smart matching with writer

Although the number of Jewish students allowed to study there was limited, he was accepted. However, as Jewish, he was barred from studying philosophy. He studied medicine initially, but then switched to Law.Vygotsky continued his studies in philosophy privately and when he graduated in 1917, with a law degree, he started teaching in Gomel. He established a research lab at Gomel Teacher’s College where he continued with psychological research.

Outline the Contribution of Lev Semenovich Vygotsky in Psychology and Evaluate his Influence on the Field .. (2019, Aug 20). Retrieved from https://studymoose.com/outline-the-contribution-of-lev-semenovich-vygotsky-in-psychology-and-evaluate-his-influence-on-the-field-essay 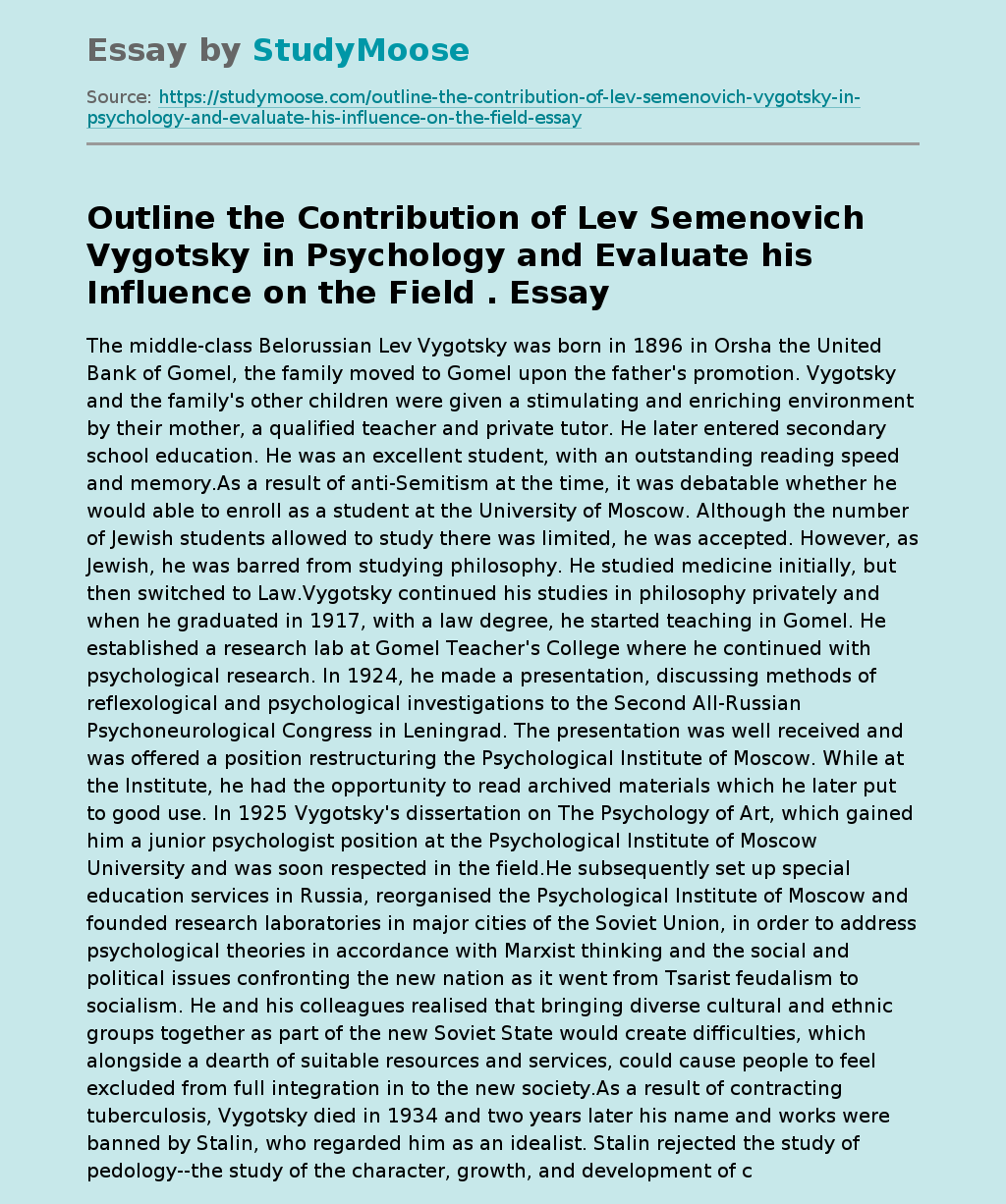