6.2.5. Outcomes of the South Africa Land Reform Programme, and link to Poverty AlleviationVery little official data is available on the impact of land reform on agricultural production and on the livelihoods of beneficiaries. What is available, however, points to widespread under-utilisation of land, a lack of external support and minimal impact on livelihoods for most participants. The on-going failure of an effective monitoring and evaluation (M&E) programme within land reform has been widely commented on, and reveals a key strategic weakness at the heart of the programme.

Don't use plagiarized sources. Get your custom essay on
“ Outcomes of the South Africa Land Reform Programme and link to Poverty ”
Get custom paper
NEW! smart matching with writer

Reliable data is necessary not only to understand the impact of land reform, but also to allow for periodic assessment and adjustment by policy makers, as observed by (Chimhowu 2006: 31), A lack of good quality systems to generate information on the poverty impact of reforms is a programme design flaw and demonstrates a lack of focus on the processes meant to transform land into sustainable livelihoods, as much as it is about the real concern of political elite with targets for land transfers.

This is particularly important from a poverty alleviation point of view. Without effective targeting, backed up by effective M&E systems, there is no way of distinguishing between the poor in general, the chronically poor or the non-poor. Without reliable baseline data on people participating in land reform it is not possible to know the impact on livelihoods (even if such things were being measured, which they generally are not), and to make the necessary adjustments to policy. The context in which new and existing resource-poor farmers operate is becoming increasingly hostile, due to changes in world and local markets and because of changes in government policy.

Outcomes of the South Africa Land Reform Programme and link to Poverty. (2019, Aug 20). Retrieved from https://studymoose.com/outcomes-of-the-south-africa-land-reform-programme-and-link-to-poverty-essay 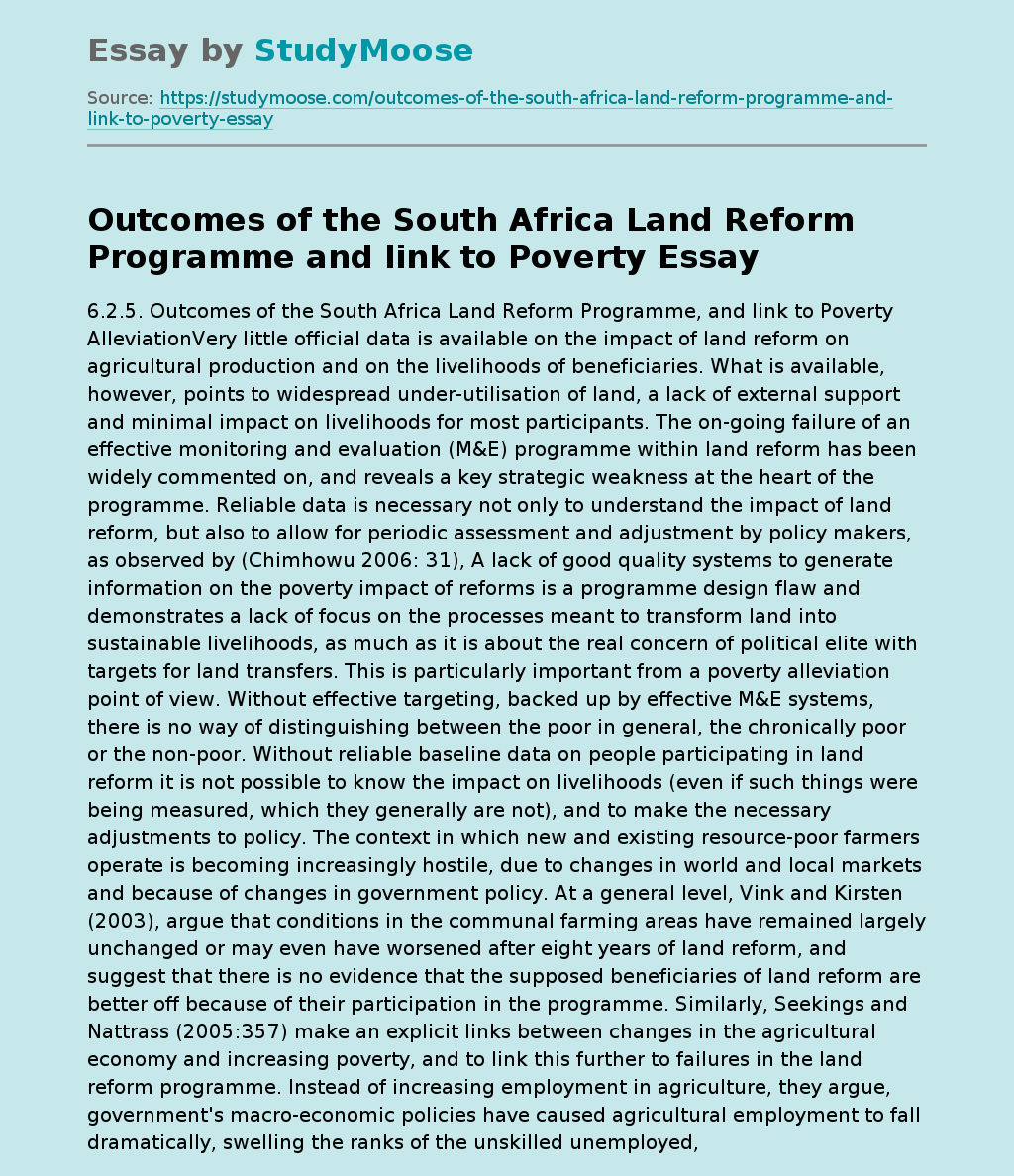