When it comes to education, it is believed that learners learn faster with visual aids or demonstrations because they will easily remember what they saw than what they read.

Don't use plagiarized sources. Get your custom essay on
“ Indigenous Knowledge Systems and School Curriculum in South Africa ”
Get custom paper
NEW! smart matching with writer

Most schools in class, they put learners with a short in the front because they believe if they seat at the back, they will not hear nor see the front. With learners being from different cultures, societies or communities, they have linguistic, cultural and social needs which teachers support them on. They do not deprive learners of those needs. For example, during Heritage Day schools host cultural activities and competitions where they involve the community.

if there’s death in the family, learners are given some time off to mourn their loved ones. They are also allowed to come to school wearing their mourning clothes.

There are learners who believe in ancestors. If a learner has ancestral calling, the school permits the learner to go for his/her training. The schools include indigenous games in sports for learners to take part in. games like (diketo, morabaraba, kgati, dibeke, morula) these are games which are part of cultures of the learners. The grew up playing these games. Learners are allowed to wear their traditional bangles after a traditional ceremony. For examples Zulus wear the skin of a cow on their hands after a traditional ceremony. Others wear ribbons which they believe will protect them from evil or harm.

Science and history subjects at school teach learners about human evolution. That humans come from apelike ancestors. This has left learners believing in evolution and the physical creation while others believe that God is the creator of earth and humans. The beliefs of HIV/AIDS affect learners. They believe what they are told in their communities, that if you talk to a person who is HIV/AIDS, eat with them, touch them you will also be affected.

Nkondo (2012) stated that, “African learners believe that a traditional doctor that is able to cure a certain disease has skills for that. Teaching learners in their home languages at school is applying indigenous knowledge, in that way indigenous knowledge will survive. .” We all have equal rights and jobs are not based on gender anymore . You find a woman being the principal of a particular school. 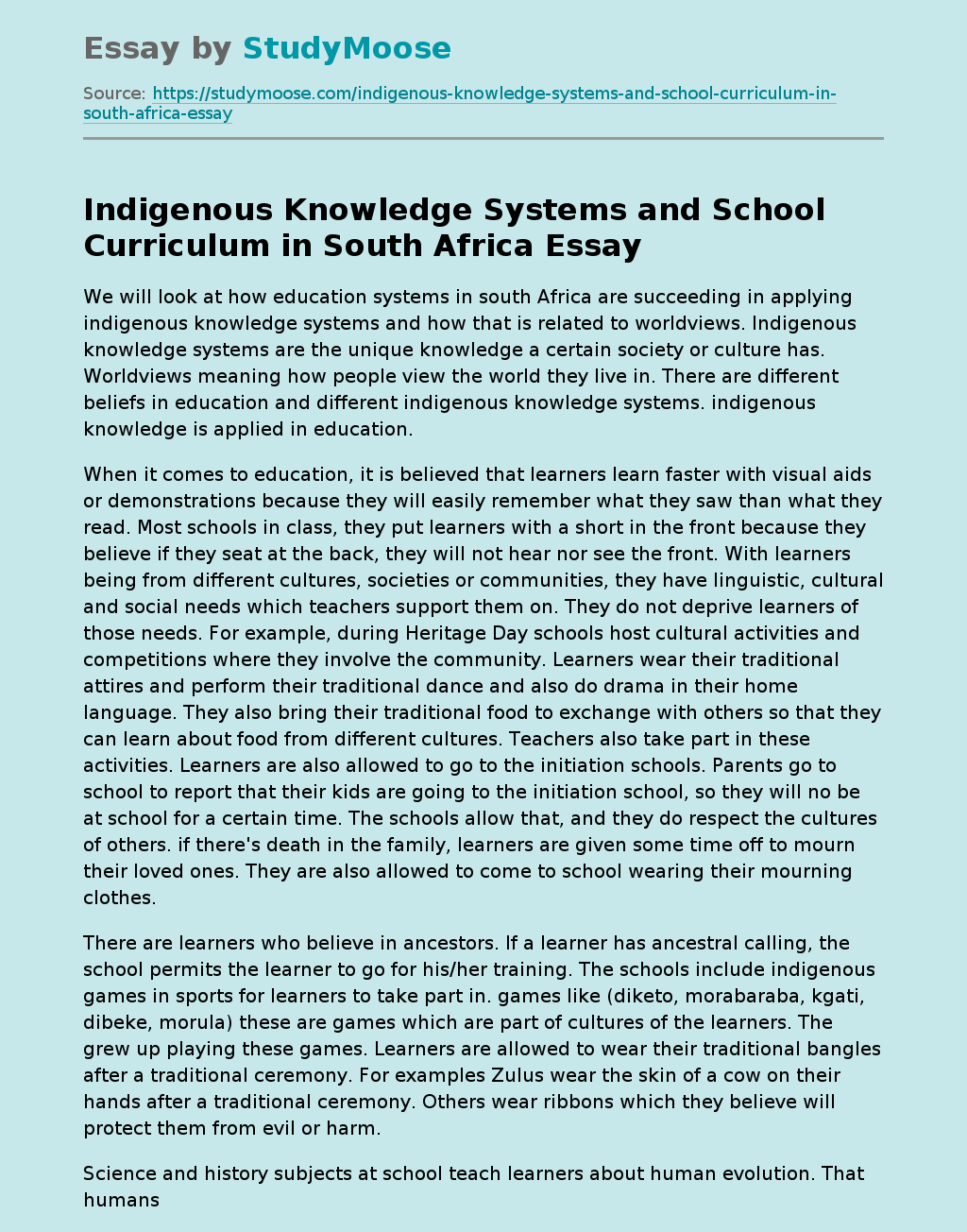