Quite a number of literary critics have put up a spirited argument that most great writers usually do a very shoddy job when it comes to writing their autobiographies. However, this claim is far from what is actually on the ground, I believe that experience, contrary to popular belief, is mostly imagination; therefore in telling our life stories, we are at liberty to bring on board experience, creativity and imagination in order to make autobiography look quite appealing to the reader .

Don't use plagiarized sources. Get your custom essay on
“ ORAL LITERATURE ”
Get custom paper
NEW! smart matching with writer

Camara Laye in his autobiography The African Child has successfully combined creativity, imagination and experience to write about his childhood experiences and his eventual alienation from his culture. It can be regarded as a coming of age’ narrative which gives the reader a unique insight into Laye’s childhood experiences, as well as his struggle with alienation. This novel is regarded as one of the best novels from the Francophone region and the most widely read African Autobiography. Set in the backdrop of the French occupation of West Africa, the writer utilizes literary devices like description and dialogue to make it an interesting read.

This being an autobiographical novel, Laye narrates his experiences from a first person point of view using a child narrator. This point of view is honest and reliable, though some of the stories sound fictional, for example the story about the black snake in the forge. He intertwines the cycle of life with a narration about deeply rooted African customs, such as entering secret fraternities (dispelling the myths about what is real and that which is simulated), circumcision, which marks the passage into manhood, local festivities and other African magical rites that are based on superstition. 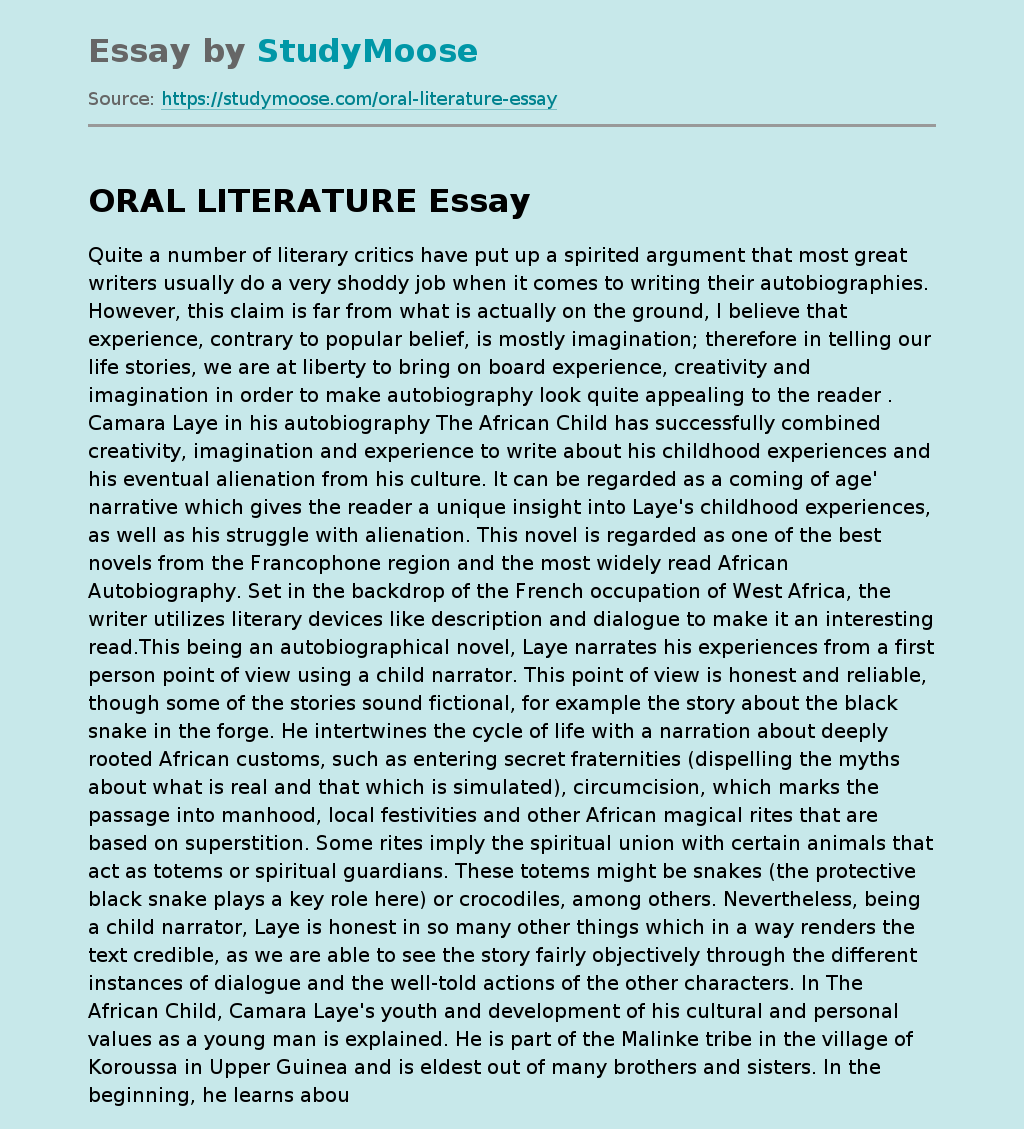