Long years ago we made a tryst with destiny, and now the time comes when we will redeem our pledge, not wholly or in full measure, but very substantially. At the stroke of the midnight hour, when the world sleeps, India will awake to life and freedom. A moment comes, which comes but rarely in history, when we step out from the old to the new, when an age ends and when the soul of a nation, long suppressed, finds utterance ….

Don't use plagiarized sources.
Get Your Custom Essay on Motherland Speech Just from $13,9/Page

We end today a period of ill fortune, and India discovers herself again. A country got rid of her foreign yoke and became a sovereign nation, she celebrated her sovereignty on this day – the triumph of numerous martyred souls.

It was a day of fulfillment, it was the day of a new beginning, a birth of a nation.On the stroke of midnight, a country came into life again as the british handed over the governance to the leaders.The long and difficult struggle had borne fruit at last, though the happiness was marred by the fact that the country was divided and the violent communal riots had left the countries permanently scarred.

That was the price that India paid for her dearly bought freedom. The british government declared the country independent and left for their own shores.

On the 15th of August, 1947, India became completely independent. It was on this historic date that Jawaharlal Nehru, the first prime Minister of India, unfurled the Indian tricolor on the ramparts the magnificent Red Fort, symbolically marking the end of the british colonial rule.. Long years ago we made a tryst with destiny, and now the time comes when we shall redeem our pledge, not wholly or in full measure, but very substantially. At the stroke of the midnight hour, the world still sleeps ,ourselves to cooperate with them in furthering peace, freedom and democracy. And to India, our much-loved motherland, the ancient, the eternal and the ever-new, we… 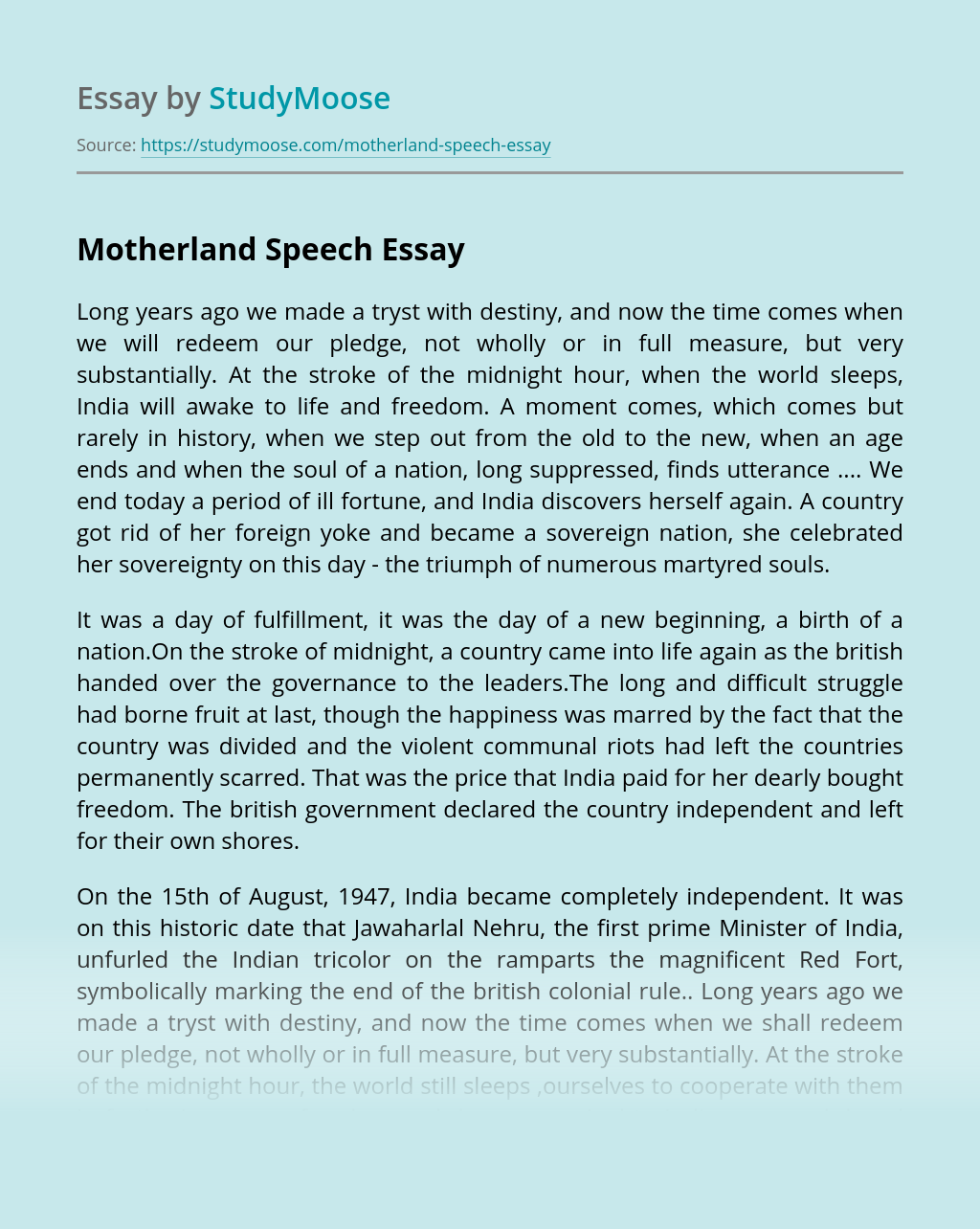 Given the ongoing and intergenerational effects of being taken away, is it useful to think of the Stolen Generations as something that happened in the past, or as a contemporary issue affecting Indigenous peoples? What implications are there for all Australians in recognizing the need for national healing? The Stolen Generation was a time of... VIEW ESSAY

The treaty of Waitangi is a formal agreement between two states or sovereign powers. It was signed on the 6th February 1845 and there were 512 signatories. Michael King suggested that politics and economics were intertwined in the 19th century. NZ and this situation can be highlighted when examining the causes for the signing of... VIEW ESSAY

View sample
The Effects of Imperialism Upon Indonesia

After studying the two cases of imperialism; one of India, and one of several countries in Africa, for my project I have decided to research the nineteenth century colony of Indonesia. I feel very motivated about researching this country, especially since I spend 3 years of my life living there. Unfortunately, while I was live... VIEW ESSAY

For decades, the French traded with the Indian tribes. This move created a civilized alliance with the Indians so that they could have a new region to claim as New France. Precious beaver furs was the main selling point. Soon enough, tensions rose whenever Pennsylvanians and Virginians decided that they also wanted to lay claims... VIEW ESSAY