Mini Case: Nike’s Decision Nike, a U. S. -based company with a globally recognized brand name, manufactures athletic shoes in such Asian developing countries as China, Indonesia, and Vietnam using subcontractors, and sells the products in the U. S. and foreign markets. The company has no production facilities in the United States. In each of those Asian countries where Nike has production facilities, the rates of unemployment and underemployment are quite high.

The wage rate is very low in those countries by the U.

Don't use plagiarized sources. Get your custom essay on
“ Mini Case: Nike ”
Get custom paper
NEW! smart matching with writer

S. standard; hourly wage rate in the manufacturing sector is less than one dollar in each of those countries, which is compared with about $18 in the U. S. In addition, workers in those countries often are operating in poor and unhealthy environments and their rights are not well protected. Understandably, Asian host countries are eager to attract foreign investments like Nike’s to develop their economies and raise the living standards of their citizens.

Recently, however, Nike came under a world-wide criticism for its practice of hiring workers for such a low pay, “next to nothing” in the words of critics, and condoning poor working conditions in host countries.

Evaluate and discuss various ‘ethical’ as well as economic ramifications of Nike’s decision to invest in those Asian countries. Suggested Solution to Nike’s Decision Obviously, Nike’s investments in such Asian countries as China, Indonesia, and Vietnam were motivated to take advantage of low labor costs in those countries.

While Nike was criticized for the poor working conditions for its workers, the company has recognized the problem and has substantially improved the working environments recently.

Although Nike’s workers get paid very low wages by the Western standard, they probably are making substantially more than their local compatriots who are either under- or unemployed. While Nike’s detractors may have valid points, one should not ignore the fact that the company is making contributions to the economic welfare of those Asian countries by creating job opportunities. 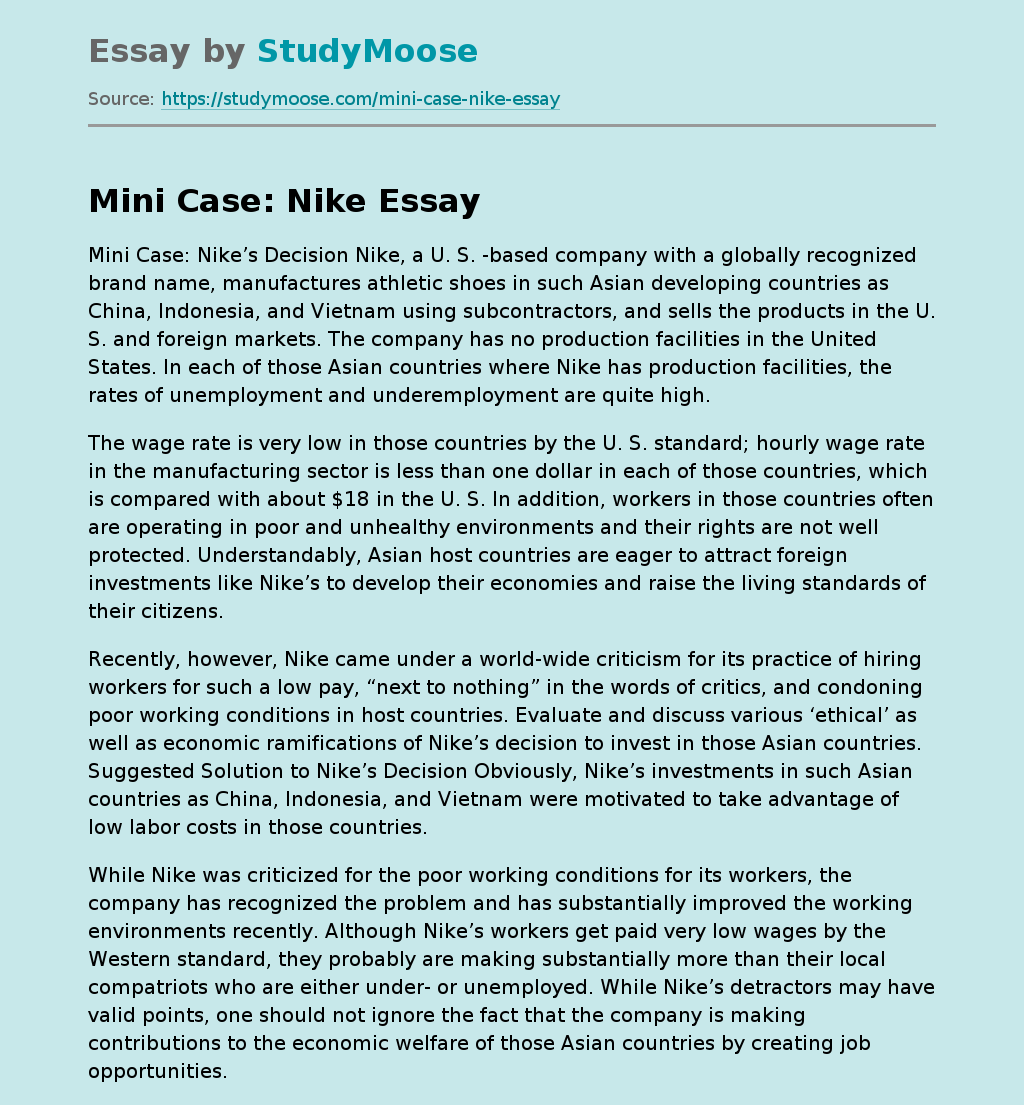