Art for the Mayans was a reflection of their lifestyle and culture. For the Mayans art took several forms including: painting paper, plaster, carvings in wood and store, clay, stucco models, and terra cotta figurines from molds. Metal was very scarce and so it wasn’t commonly used.

Mayan Art during the period, 200 to 900 has been considered the most sophisticated and beautiful of the New World. There is few remaining Mayan Art, which includes funerary pottery, ceramics, a building in Bonampak (which is around Chiapas, Mexico), has several murals.

Don't use plagiarized sources. Get your custom essay on
“ Mayan Art Architecture ”
Get custom paper
NEW! smart matching with writer

What is interesting is that Mayan art gave almost free reign to the artist. The artist was not required to produce a work that fit any particular rules. The art usually didn’t depict anonymous priests and unnamed Gods. Some archaeologists believe that art was only produced by the wealthy. Most of the people who lived were farmers who had to work hard to make a living. It is presumed that most of the art was done by sons of kings, and the artworks made were given as gifts or sold to other wealthy landowners.

An interesting fact is that Mayans were one of the few civilizations that the artists signed their name to their work.

The Mayan architecture is the method the men spoke to the gods. The first Mayan pyramid was said to be built in Uaxatan, Guatemala, just before the birth of Christ.

The Mayan architecture is one of the most recognizable. Each pyramid was dedicated to a deity whose shrine was at the peak.

At the height of the Mayan civilization, cities like Chichen Itza, Tikal, Uxmal were created.

Mayan cities were spread all throughout Mesoamerica. Locations of cities were not planned to a great extent. In fact, most cities seem to be placed haphazardly. The Mayans easily adapted their cities to their surroundings. Cities that were in northern Yucatan existed on flat limestone plains, while cities built in the mountains or on hills such as, Usumacinta, used the topography to raise their towers and temples very high.

At the centre of all Mayan cities were large plazas, which held governmental and religious buildings such as the pyramid temples and ball-courts.

Although it seems that most planning was done in a haphazard manner, the Mayans placed very special attention to the directional orientation of temples and observatories. They were always constructed in accordance with Maya interpretation of the orbits of the stars.

Outside of ritual centers were the formation of lesser nobles, smaller temples, and individual shrines. These less sacred structures had much more privacy. Outside of the urban core were the less permanent and modest homes of common people. In essence, it was the most sacred and noble buildings in the centre and the further one got from the center the lower of importance the dwelling was in the Mayan hierarchy.

In the classic Era the Mayans focused on great monuments (such as temples), public plazas. Interior Space was entirely secondary. In the later-post classic era the Greater Mayan cities developed into more fortress-like defensives structures that lacked plazas.

The Mayans actually developed several unique building innovations, including the corbel arch which was a false arch achieved by stepping each successive block, from opposite sides, closer to the center, and capped at the peak.

The Mayans lacked many construction technologies. They didn’t have metal tools, pulleys, and even the wheel – or at least they didn’t use the wheel as a means to help in work. Mayan architecture was based on manpower. All stone was taken from local quarries, and they mostly used limestone. It wasn’t only used because there was an abundance of it but because it was easy to be worked with. The mortar generally consisted of crushed, burnet, and mixed limestone that is similar to cement, and it gave a stucco finishing.

The King or priests would supervise the labour of the common people. The peasants would work on the construction projects as a method to pay homage to the king and the state, and the construction typically took place when they were unable to do their agricultural work. The laboureres would carry loads of materials on their backs of roll them on logs to get them from the source, usually a quarry, to the site.

The Mayans also had specialized workers such as architects who would oversee the construction of the buildings.

Mayan architects did not build in right angles. They relied on bilateral symmetry meaning if you were to cut the building right down the middle, each half would look like a mirror image of the other side. They would also build temples on top of temples. This is one method on how they made some pyramids so large.

These were made of limestone, and less than 4 meters in height. Public ceremonies and religious rites were performed here. The buildings were often accented by carved figures, altars and sometimes a tzompantli. A tzompantly is a stake used to display the heads of victims, or defeated Ball game opponents. The word comes from the Nahuatl language of the Aztecs, however, it has been applied to many other civilizations. The general interpretation is skull rack or wall of skulls.

Needless to say, palaces were large and highly decorated. They were usually located at the center of the city and housed the city’s elite. Often, they were one-story and consisted of many small chambers and at least one courtyard. Sometimes, palaces were home to various tombs.

Still a mystery today. The appeared on the western side of a plaza and they are a pyramid temple facing three smaller temples across the plaza. Some believe that these E-Groups are observatories due to precise positioning of the sun through the small temples when viewed during solsites and equinioxes.

Most religious temples say atop very high Maya Pyramids – one theory stating that it was the closest place to the heavens. Most temples had a roof comb which is a superficial grandiose wall, they say the temples served as a type of propaganda. It was very occasional that these walls would exceed the height of the jungle. The roof combs would be carved with representations of rulers that could be seen from vast distances. Beneath the temple were a series of platforms split by steep stairs that would allow access to the temple.

The Maya were very intelligent people, and they were keen astronomers, they had mapped out phases of planets. The method they learned about this is through their observatories. The Mayans had these round temples, often dedicated to Quetzalcoatl or what they called him Kukulcan, and if you go on tours many guides will say that they are observatories but realistically there is no evidence to prove this.

An integral part to any Mesoamerican lifestyle. This ins’t specific to just the Mayans but to basically every Mesoamerican civilization. Enclosed on two sides by stepped ramps that led to the platforms. The ball court was found in all but the smallest of Mayan cities.

Explanation of The Game

It was the first team sport in history and began over 3,500 years ago. The game wasn’t just for competition, the survival of the players and the spectators depended on the outcome. 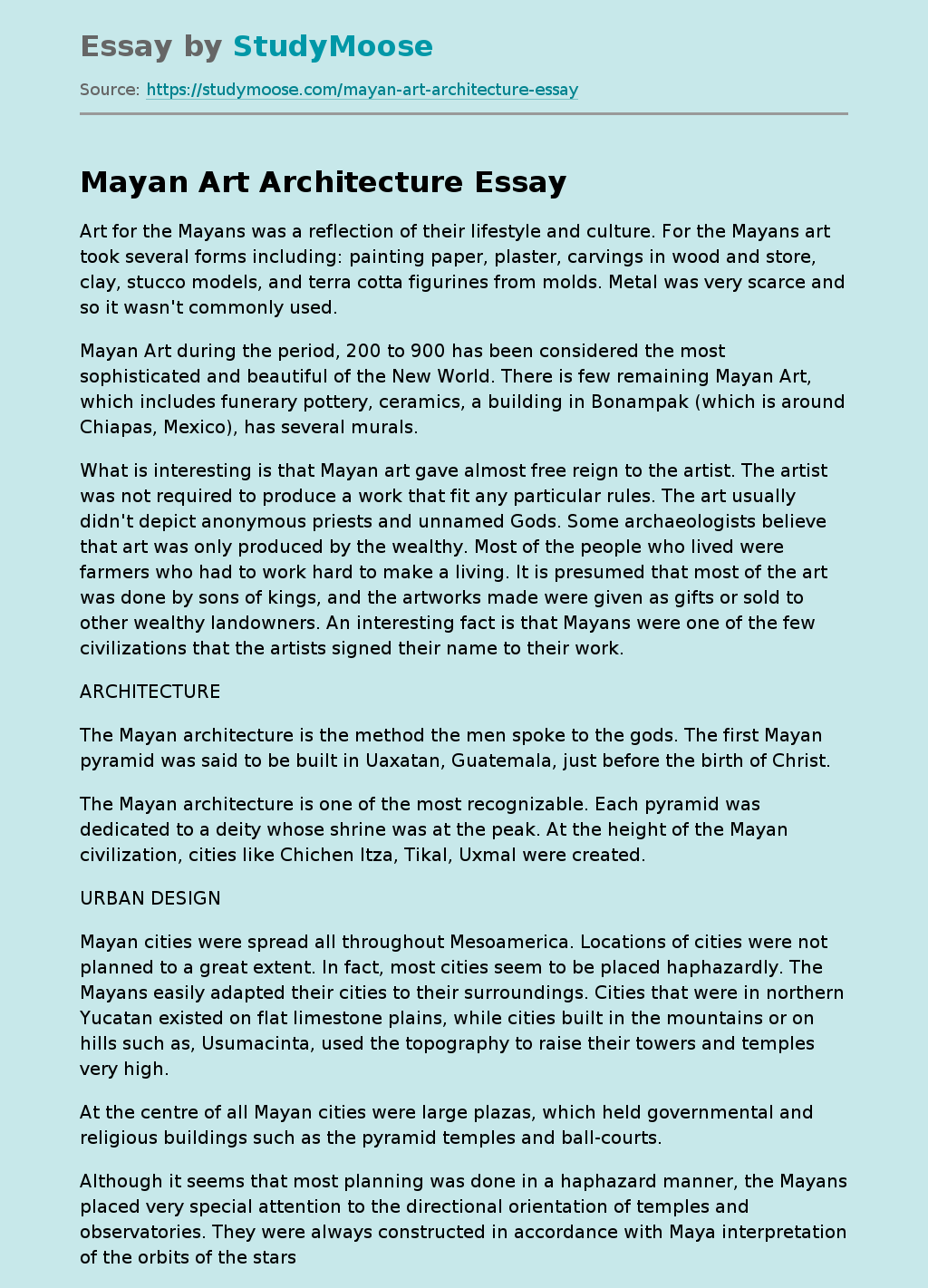