Masashi Kishimoto created Boruto in 2013 when the manga Naruto was at its climax. The motivation for the creation was him wanting Naruto Uzumaki to become a father when the manga ends.

In the finale of Naruto, Boruto makes a prank in the mountain of Konoha that shows all its leaders, the Hokages. Kishimoto wanted Boruto to act like his father, but at the same time, have differences between each other. Despite not wishing to reveal much about Boruto due to developments of Boruto: Naruto Next Generations, he added that Boruto is not as direct as Naruto.

The film’s theme song, “Diver” by Kana-Boon, serves as a reference to Boruto.

One of the singers of the band stated that it reflects how the character constantly changes from the beginning to the end of the story.

Boruto’s mentorship by Naruto’s rival and best friend Sasuke Uchiha was influenced due to the latter having few appearances in the Naruto movies. Kishimoto decided that he wanted Sasuke to have a major role in Boruto: Naruto the Movie, which he wrote. In the film, Sasuke becomes the teacher of Naruto’s first son, Boruto, inspired by Piccolo from the Dragon Ball manga series by Akira Toriyama.

Boruto anime and film director Hiroyuki Yamashita said that when first seeing the character in Sarada Uchiha’s spin-off, he liked his character. In the making of the Boruto film, Yamashita said some scenes regarding to Boruto were removed due to time constraints such as one of the character’s interactions with his father as well as another interaction between Boruto and Sarada. A difficult scene for the staff was the use of Boruto’s Rasengan technique which had to disappear shortly after being used and then appearing again in an attack. The scene in which Naruto passes his son all of his chakra to increase his Rasengan was carefully storyboarded in the film. 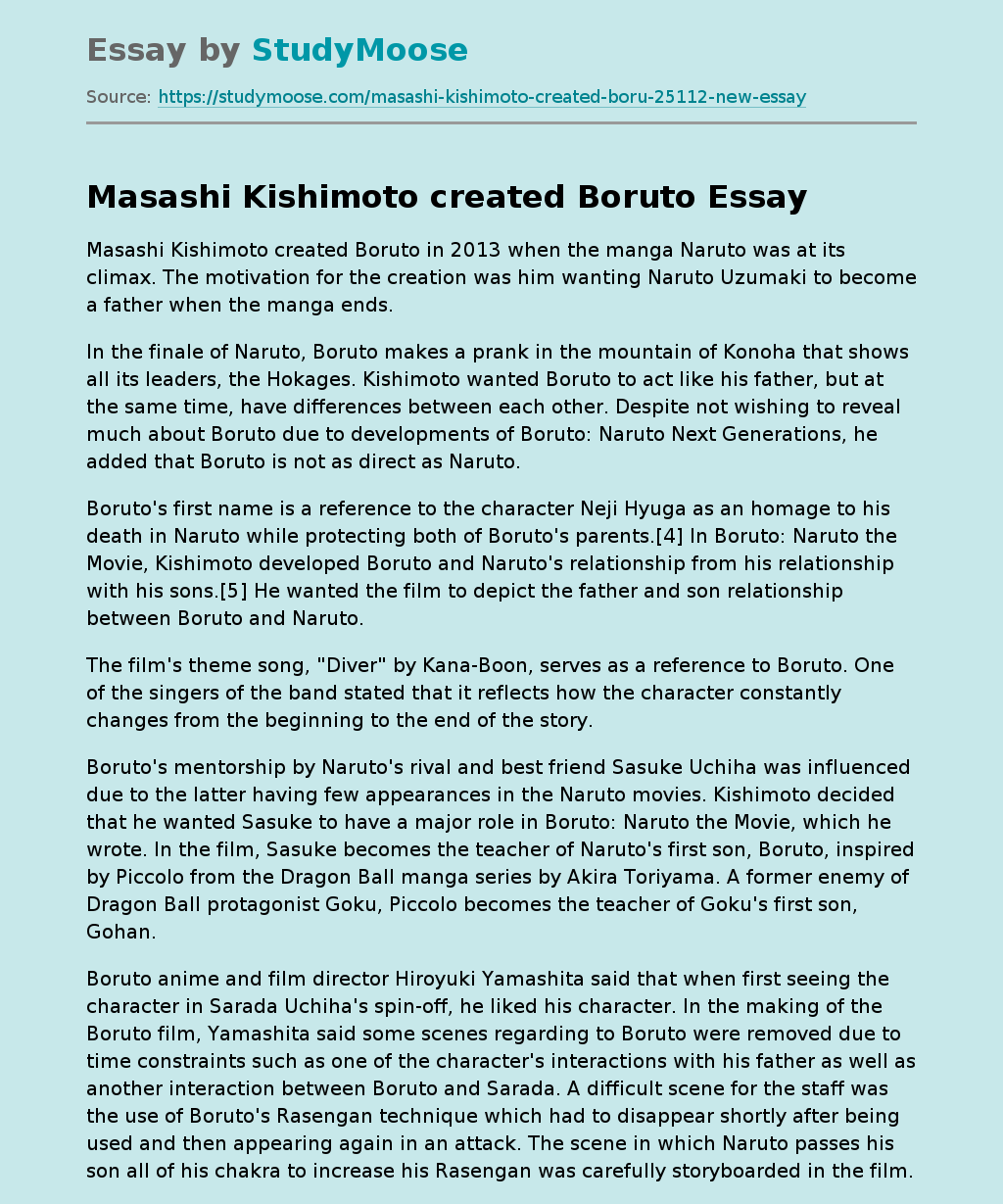