Mary Shelley’s Frankenstein is one of the most studied novels in the literary canon. The seemingly simple but highly complex story is set in Eighteenth century Europe, specifically in Geneva, the Swiss Alps, Ingolstadt, England and Scotland, and the northern ice (the Arctic). The major characters are Victor Frankenstein (the scientist), his creation (the monster), Robert Walton (narrator), Elizabeth Lavenza (Victor’s fiance and minor narrator), and Alphonse Frankenstein (Victor’s father and minor narrator).

The plot of the story is that Victor is studying animation, and decides that since he is plagued by the sadness of death, that he will learn how to bring life to dead objects.

Don't use plagiarized sources. Get your custom essay on
“ Mary Shelley’s Frankenstein ”
Get custom paper
NEW! smart matching with writer

In doing so, he creates a whole person from select parts of deceased people. What Victor ends up with is a living and breathing monster that he cannot bear to look at. He abandons the monster and the monster is forced to try to live on his own. The monster learns language and survives by his own accord, but swears revenge on his creator.

His rage enables him to kill members of Victor’s family. When the monster finally gets to confront his creator, he begs for a mate since he is all alone in the world. With Victor’s refusal, the monster kills Victor’s fiance on her wedding night. This is the climax of the story. The monster spends the rest of his short life running and trying to escape his fate as Victor follows him to kill him.

The story ends when Victor finally frees the monster from his misery and perishes himself as he relays his tale to the narrator, Robert Walton. 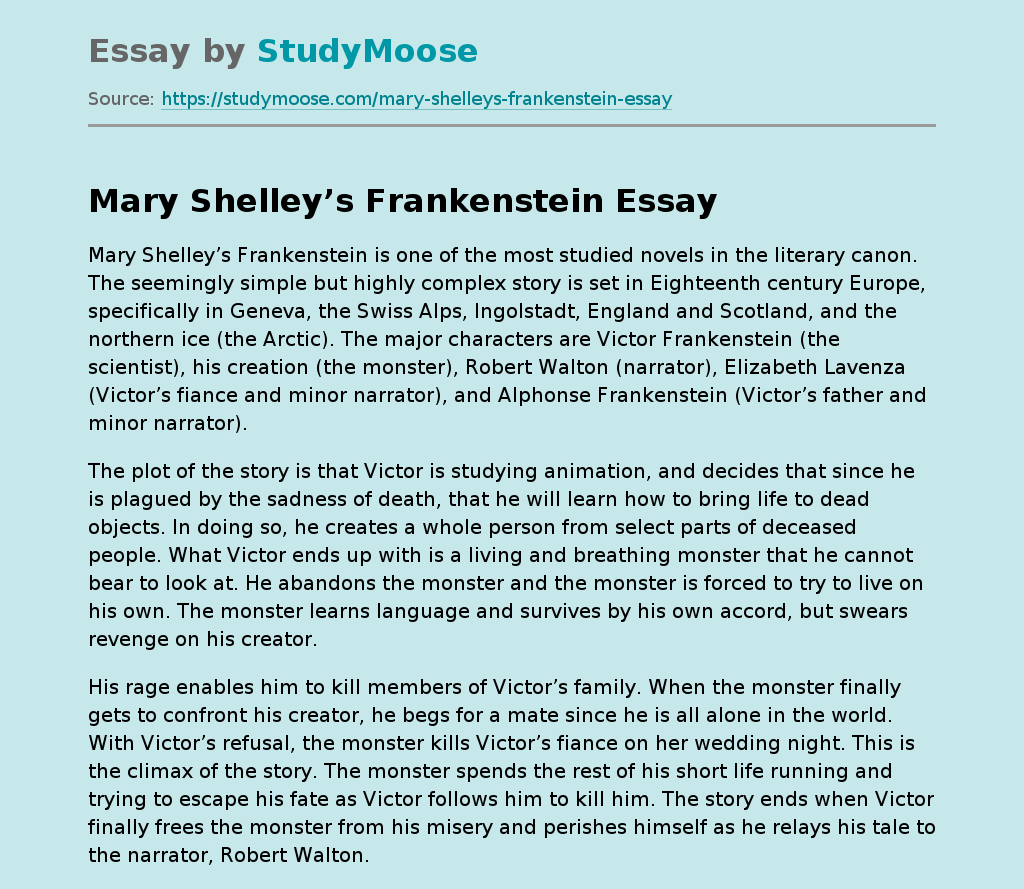